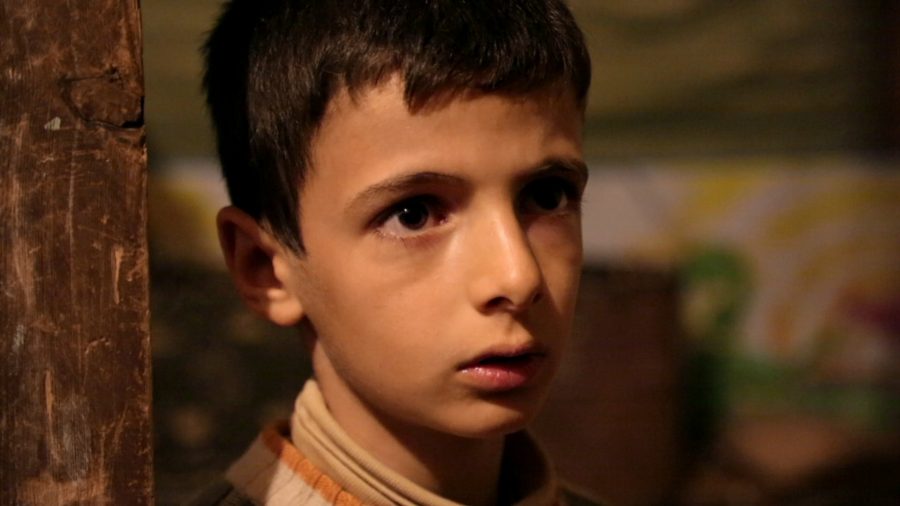 One of the child refugees interviewed for "This is Exile". Image by MAKE Productions.

Syria is a hard topic to get away from lately. From the chemical attack and our subsequent retaliation, to the split attitudes of Americans toward refugees and immigration from Middle Eastern countries, Syria currently plays a major role in political discourse. Mani Yassir Benchelah’s film “This Is Exile: Diaries of Child Refugees” looks at the political climate of Syria from a fresh angle: one of intimate, unwavering pathos through the eyes of a child.

The documentary premiered at the ACT Human Rights Film Festival on April 16. This documentary made over the course of one year describes the Syrian refugee crisis from the perspective of multiple children forced to flee the country. Instead of focusing on the turbulent political climate in Syria, the film sees the children after they have escaped with their families and settled in neighboring countries, some of which include Switzerland and Lebanon. The focus specifically sits on these children, their parents and other adults are sent to the background, only making small, occasional appearances. Instead, the film seeks political perspective through the eyes of this youthful innocence.

A powerful perspective is gained through Benchelah’s decision to focus predominantly on children. These children—most of which have firsthand exposure to the horrors of war—grant the film an intense emotional vulnerability. At that age, it is not common to possess the tools to properly deal with significant trauma and turmoil, so looking into these kids’ eyes as they tell their stories reveals the true damage that the conflict in Syria is inflicting upon this generation.

The stories these children tell are often harrowing and violent, but considering these events from a child’s perspective can expose the true magnitude of the conflict. The film reveals that more than half of all Syrian refugees—around 13.5 million according to the United Nations in 2016—are children, so, Mani’s focus on these kids feels like one of the most honest and poignant ways to narrate the refugee crisis.

It is important to note that “This Is Exile” is not a politically-motivated film. It is not a sharp statement in favor of immigration, and it is not trying to get any bills passed. It is simply a personal, humanitarian look at how the conflict in Syria is affecting the country’s people firsthand. It is far less focused on the reasons behind the conflict, instead choosing to focus on its repercussions.

Should you see it? Yes.

“This is Exile” is an unwavering, eye-opening film that takes Syrian refugees and transforms them from a statistic into emotionally-rich, affected individuals. An aggressively human look at a world far separated from our own, Mani’s film is unique and immensely valuable when it comes to truly understanding the magnitude of the refugee crisis in Syria.

Brody Coronelli can be reached at entertainment@collegian.com or on Twitter at brody_coronelli.