Disney finds a renewed classic in ‘Beauty and the Beast’ 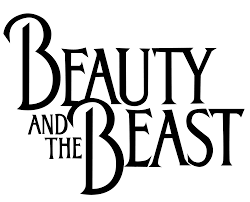 To put it simply, Disney’s live-action “Beauty and the Beast” is stunning. A true cinematic spectacle, the film breathes life into a Disney classic that many of us grew up with and is an addition to Disney’s catalog that retrospectively was both necessary and helpful.

The film stars a knock-down-drag-out cast who all deliver powerful performances, especially those who are in the form of a reanimated candlestick or teapot for most of the film. Josh Gad, Luke Evans, Ewan McGregor and Emma Thompson all make appearances in roles they were obviously born to play. Dan Stevens fails to make much of an impression and Emma Watson is routinely outshined by her fellow vocalists, but she manages to capture the essence of Belle better than I imagine anyone else would have.

The film is a sight to behold as each scene is obviously carefully crafted to be as beautiful as it could be. Even the talking clocks and pianos looked realistic—if I did not know any better, I would assume that the movie actually found a wardrobe with a fierce singing ability to co-star. Belle’s small provincial town looked like it is pulled straight out of a travel catalog and the castle is reminiscent of Emma Watson’s other famous adventure: her time in Hogwarts.

It is not just the acting and the visuals that make this movie great, but the music is also exceptional. Numbers like “Belle” and “Be Our Guest” are nothing short of show stopping, the latter being such a spectacle that it blows the cartoon version out of the water. Casting stage talent like Audra McDonald and Josh Gad was certainly a large help, but Luke Evans and Emma Thompson prove that they have got chops as well.

The movie’s diversity is something to note as well. Adding people of color to the cast is a welcome addition and a trend that I hope Disney will continue to follow for its future films. The movie also features Disney’s first gay character, a milestone for the House of Mouse that adds to the movie’s lessons of acceptance.

While the movie teaches the all-important lesson of tolerance, it also tells another tale, one of female empowerment. Watson is known for her political activism, so it was expected that Belle would be a positive figure for young girls to look up to, but she is so much more than that—she is the epitome of a strong and independent woman. Several times we find Belle subject to criticism by her neighbors for being well read and knowledgeable, but she is able to prove that such a quality is not a bad one but in fact a valuable one.

Should you watch it? Absolutely.

Bottom line, it is a great Disney tale. Beyond that, “Beauty and the Beast” is an epic story of tolerance and empowerment set to a stellar soundtrack and told by some of the best storytellers of the industry. If Disney follows suit with its upcoming live-action remakes—and I hope they do—we are all in for a treat.