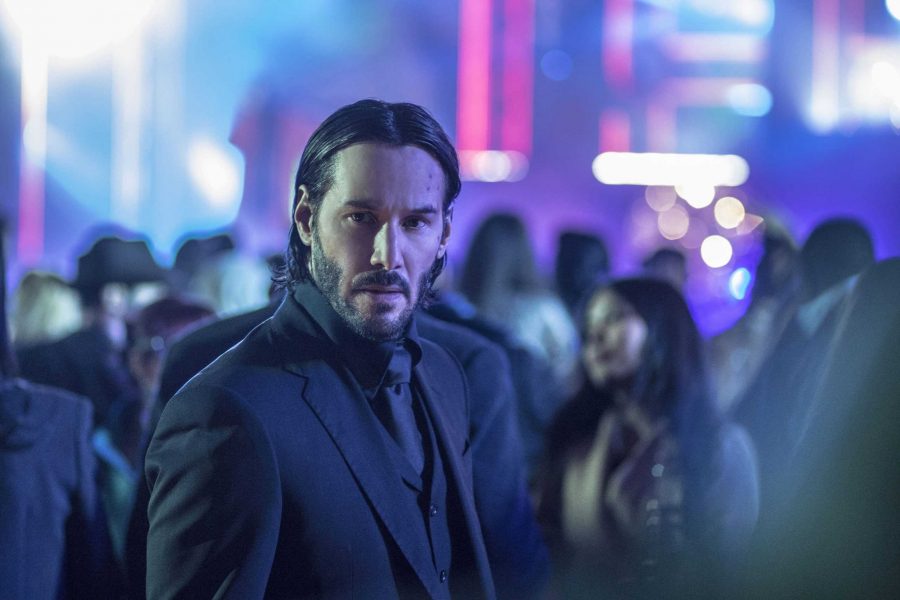 Keanu Reeves as John Wick in a scene from the movie "John Wick Chapter 2" directed by Chad Stahelski. (Niko Tavernise/Lionsgate/TNS)

In the modern era of the Hollywood action blockbuster, sequels tend to end up being the same dish served to audiences once more. In trilogy’s and extended movie franchises that dish might be served many more times.

Careful studio executives tend to be even more careful with their investments, and the sequel becomes a safe and formulaic way to make money. 100 million dollar budgets do not tend to lend themselves to risk taking.

It would have been easy for “John Wick Chapter 2” to fall into the same old sequel trap. Luckily for fans, it did the opposite. The stakes are higher, the enemies deadlier, the choreography more intricate and the gun battles more visceral. “John Wick Chapter 2” is everything fans of the original could have hoped and more. The sequel is bigger and louder than before, without any sacrifices to the character building and quieter moments that set “John Wick Chapter 2” apart from so many other action-revenge films.

This time around, Keanu Reeves’ John Wick is prompted to return to his past as an assassin by former associate Santino D’antonio. From here, John Wick embarks on a bloody adventure from Rome to New York City which pits him against fellow assassins Ares (Ruby Rose) and Cassian (Common). By the end, Wick is at odds with the Continental and the shadowy secret organization he formerly worked for. The first film kept the organization’s motivations on goings mostly secret, an unimportant background detail. “John Wick: Chapter 2” takes great pains to shed light on the inner workings of the vast criminal enterprise Wick was a part of. There is a great deal of world building to be had, though perhaps it was too much too fast. The organization is shown to have an enormous and sometimes a comical amount of influence on the world at large. However, this can be forgiven because of the colorful cast of characters that inhabit the underworld.

There is a plethora of guns, a tailor specializing in suits and armor for assassins, a central bank handling kills the organization’s bounty contracts and a network of homeless spies in New York City controlled by Lawrence Fishburn’s Bowery King.

The action in “John Wick” has a unique flair, and “Chapter 2″ builds on the style established by the first film. Wick’s martial arts style remains consistent between films, and the film continues to put importance on the smallest details of every gunfight. Wick reloads when he has to, bullets are counted and every on-screen bad guy and character is always accounted for. The production team’s attention to detail in this regard is truly remarkable, especially considering how much more action there is in”Chapter 2.”

“John Wick Chapter 2” is not grim and gritty all the way through. Despite an increase in brutal violence (two men are stabbed to death by a pencil), there are subtle moments of dark humor tossed in. even in the midst of the film’s most violent sequences. Audiences will find themselves chuckling while gasping and recoiling at the action.

Should you watch it? Yes

“John Wick; Chapter 2” is a pulse-pounding action flick with immaculate care and detail put into every frame that continues to justify Reeves’ return to the spotlight as an action star. It is a must see for any action movie fan.