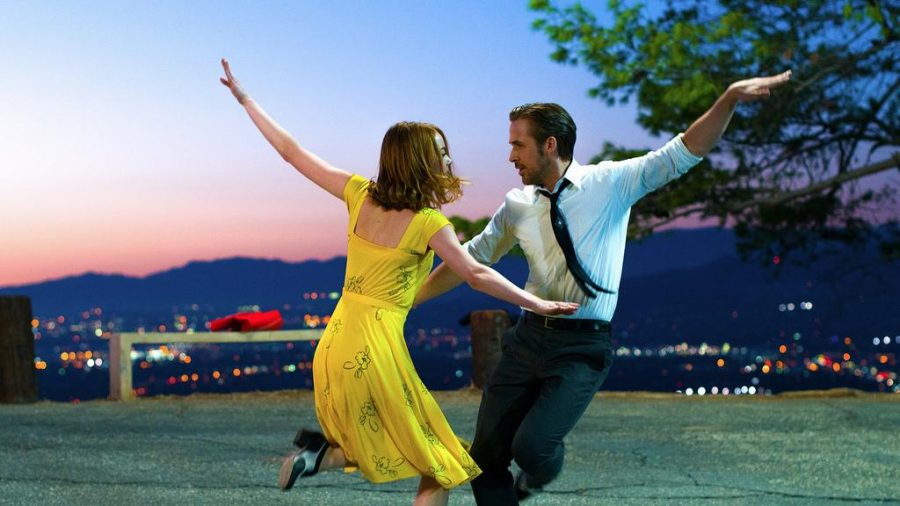 Awards season is in full swing and, with the announcement of the Oscar nominees, communications and film studies professor at Colorado State University Mark Saunders and Collegian movie critic Sam Perrine give their takes on who is most deserving of an academy award this year.

Best Picture: “La La Land” Not the best movie of the year but it will win. The academy is in love with themselves and “La La Land” celebrates everything about them. Having the academy vote on this is like asking a Broncos fan who is the best team is. They will always pick their own. Moonlight will be left in the dark for this category but it shouldn’t be.

Best Director: “Moonlight” Barry Jenkins breaks this film into three clear, distinct parts by using three different actors to play the same person at different times in his life for this film. The editing, the story telling and the unique approach to a coming of age story highlights Barry Jenkins as the best director.

Lead Actress: “Emma Stone” It is too easy to pick on her for her regular sounding voice in this movie or the lack of chemistry with Ryan Gosling. The fault is not Emma’s but that of the casting director. Emma is a wonderful actress but “La La Land” was not a great fit.

Supporting Actress: Viola Davis It is unfair to the rest of the category to take a Lead Actress and put her in a supporting category. Viola Davis doesn’t just play off Denzel Washington, but she lifts the film to another level. This reminds me of 2009 when Christoph Waltz won a supporting actor Oscar for “Inglourious Basterds”. If Denzel is nominated as a Lead Actor then Viola needed to be nominated for Lead Actress. Viola Davis will finally win an Oscar after being skipped over in 2012 for her role in “The Help.”

Lead Actor: Denzel Washington I cannot think of any other actor that could play this role as well as Denzel. There are 5-6 scenes in the movie when he is telling a story that leave the viewer breathless. His on-screen charisma allows him to balance the fine line of hero and antihero. Viola Davis and Denzel Washington bring this ex-play to life on the big screen.

Supporting Actor: Mahershala Ali – Mahershala portrays a drug dealer that becomes a surrogate father to a young male struggling to find his identity as a gay male in the testosterone-fueled Miami ghetto. Mahershala puts together another amazing performance and is a beacon of light in the darkest times for a child.

Best Documentary: “OJ: Made in America” I believe OJ has a real shot, or a stab, at winning an Oscar and an Emmy. The line is blurred between movie and TV mini series with this seven hour and 47-minute film. However they choose to categorize this movie it was one of the best films of 2016.

Best Picture: “Moonlight” While it is likely that “La La Land” will take the award home in this category “Moonlight” is a better film in nearly every way. Powerful performances, an excellent screenplay, good editing and exceptional directing propel this tale of masculinity in a Miami ghetto to greatness.

Best Director: “Arrival” This category has many strong showings, including the return of Mel Gibson. “Arrival” proves that Villeneuve’s mainstream success with “Sicario” was not a fluke. “Arrival” tells an intriguing science fiction story of first contact without bombastic action, something lost in most Hollywood sci-fi today.

Lead Actress: Emma Stone, “La La Land” Looking at the nominee list Emma Stone is practically a shoe-in for this award. A few song and dance numbers and a positive view of Hollywood, not to mention Stone’s acting talent, is almost always enough to bring home the award.

Supporting Actress: Viola Davis, “Fences” Another no-brainer on the actress award list. Davis was without a doubt the best part of “Fences.” She goes above and beyond in her supporting role, outshining even Denzel Washington in my opinion.

Supporting Actor: Jeff Bridges, “Hell or High Water” Perhaps this is because of my soft spot for Bridges but his role as a crusty old Texas Ranger on his last case was my favorite on-screen role in a long time. Bridges’ chemistry with fellow ranger and partner Gil Birmingham is incredible, and the old actor is as sharp as ever.

Best Documentary: “13th” The Documentary category this year is full of non-traditional formats, “13th” being released on Netflix exclusively and ESPN’s “OJ: Made in America” being over seven hours long. “13th” is an eye-opening look into the world of prison in America. Good music, good pacing and a startlingly truthful message propels this documentary to a top spot.