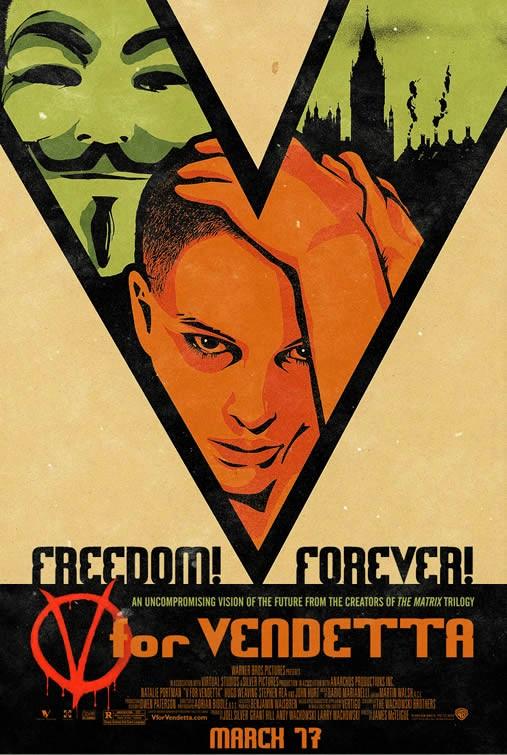 Police domination. The government wants total control. Chaos. For a minute, it sounds like I am describing current trends in today’s politics. However, this is the movie description for the popular movie “V for Vendetta.”

In this movie, London is set in the future and England is occupied by a fascist government run by a vicious secret police force and thus a vigilante appears known as “V.” “V for Vendetta” is a futuristic portrayal of parliament and one man is trying to show the world how corrupt the government is. Through trials and triumphs he acquires an ally with whom he learns what it means to be human and be loved. Ultimately, he transforms from the face of rebellion to the embodiment of a savior for the people.

“It was interesting how one man could accomplish so much even though he accomplished it through murder, deceit and assassination,” said CSU student Josiah Cuckler. “He was seeking revenge and his vendetta towards the government while living through a secret code of ethics. I would say it is inspiring because the masks have now become a popular symbol of change and rebellion.”

For many, this movie could just seem like an extreme result that is not realistic. Surprisingly enough, this movie does have some historical truth to it. Based on a real life person who was more of a traitor then a treasured hero, Guy Fawkes is the inspiration to this movie that is also based on a book. Nov. 5 every year may seem like a regular day to those in the U.S., but for those in Great Britain it is a festive holiday celebrated with bonfires and carnivals.

Guy Fawkes was a real person who in 1605 joined a group of English Catholics with 12 others who plotted to kill protestant King James by laying 900 kilograms of gun powder under Westminster Palace close to what would be central London. In the cellars pushing barrels, the chief conspirator Guy Fawkes was found and the plot foiled. Eventually, the English caught all traitors and on Jan. 31, 1606 Fawkes was sentenced to hang.

Then, it struck a profound chord with the English and to this day even prior to the opening of The State of Parliament the guards will check the cellars of the Palace of Westminster as a tradition.

In remembrance of the gunpowder plot, the British now remember this day as “Bonfire Night” when small town villages and urban cities go to burn effigy’s of Guy Fawkes on a giant bonfire with fireworks and sometimes carnivals.

“I would say the majority of Brits know the story behind the fifth of November,” said British citizen and current student in England, Josh Worley. “Most kids are taught it at school from quite a young age”

“My favorite part is the big, well planned firework displays,” Worley said. “We have one in Norwich where the fireworks are timed to music and there is a fun fair and live music and a giant bonfire. It’s nice being out in the cold and hanging out with mates” .

“I have seen people wear ‘V for Vendetta’ masks but ironically never on or around the fifth of November, when the movie made that date famous,” Worley added.

It is clear that even the English who participate in the event wonder if they are celebrating Guy Fawkes execution or honoring the attempt at abolishing the government.

Either way, “V for Vendetta” proves that it has more than an entertaining story line behind it and is something unique and inspiring for many people. So when Nov. 5 arrives remember don’t forget to participate and

the fifth of November,

The gunpowder and treason plot;

I know of no reason

Why the gunpowder treason

Should ever be forgot!”