Green Day’s “American Idiot: The Musical” to be turned into a movie 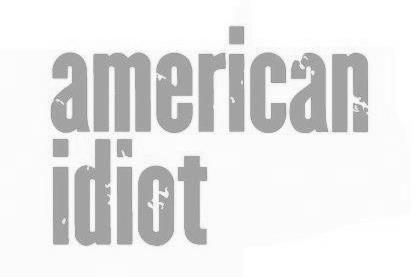 Rumors of the film have been circling since 2011 when Tom Hanks bought the rights to produce it and they came about again in 2014 when the musical closed it’s national Broadway tour.

Green Day’s “American Idiot: The Musical” opened on Broadway in 2010. The high energy, punk rock musical featured all of the songs off of Green Day’s album “American Idiot” and a handful of songs off of their 2009 album “21st Century Breakdown.” The musical ran for 442 Broadway performances, was nominated for three Tony Awards including Best New Musical in 2010 and it won two Tony Awards for its design. After its closing, it went on to tour the country in two separate national Broadway tours, which then made its final stop in Denver in May 2014.

The story for “American Idiot” came from the plot-line of the Green Day album, “American Idiot,” which is a concept album. Green Day took part in writing the script for the musical was well.

The themes in the album are reflections of the experiences of Armstrong, and they illustrate the story of three American men who are face challenging life stories.

Armstrong will play the head role of St. Jimmy in the film. He played the role for a period of time on broadway, and this is not going to be his first experience on the screen. The punk rock singer has been featured in films such as “Like Sunday, Like Rain, and Live Freaky! Die Freaky!” and “Ordinary World.”

CSU theatre student Claire Roblesgamboa said although she hasn’t seen the musical, she is excited for the movie’s release.

“I’m glad that more musicals are being made into movies,” Roblesgamboa said. “I haven’t seen the musical or anything, but I’ll still watch it when it comes out.”

Taylor Musgrove, who is a freshman theatre and zoology double major, also had reason to be excited for the movie.

“I wanted to see the musical when it came to where I live, but I couldn’t go, so I”m just really glad that I get to at least see this,” Musgrove said.

There is no official timeline for the movie and no release date, but the movie is currently in the works. Looks like we will have to keep on waiting for the highly anticipated movie.