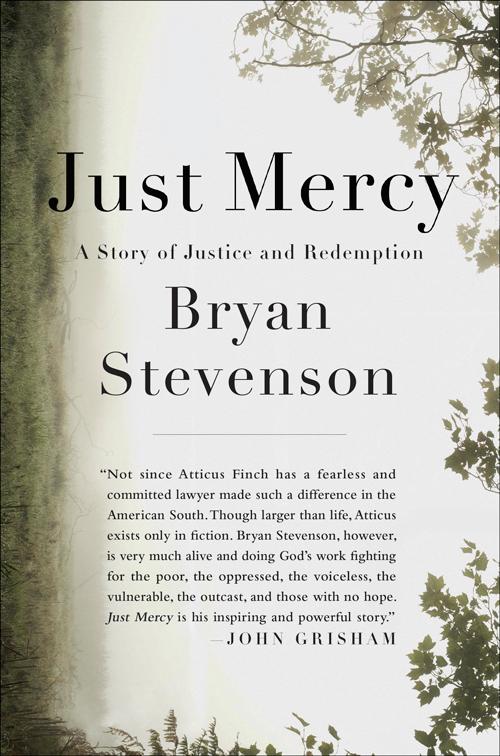 Bryan Stevenson, author of “Just Mercy,” spoke at the Lory Student Center to an audience of CSU students and community members Thursday. He summarized the content of his novel that emphasizes the importance of equality in the justice system, especially in regards to racial bias, unfair sentencing and lack of humanity in trials. He asserts one of the primary ideas: “The opposite of poverty is not wealth… the opposite of poverty is justice.”

In the United States, one in three African-American male babies is expected to be incarcerated at some point in their lives, and the same applies to one in six Latino males. Stevenson argues that these rates reflect racial bias in the courtroom rather than actual crime rates. He also discusses the injustice of failing to acknowledge prior mental illness, disability and life circumstances. Many death row prisoners committed crimes at young ages after struggling with abusive home situations and mental illness, but the context of their crimes was never taken into account. Bryan Stevenson began the Equal Justice Initiative to bring fairness into the cases of prisoners, especially those on death row. After prisoners are released (if they are released at all), they lose most of their basic rights, even if their incarceration was the result of a wrongful conviction. Poverty falls upon minorities of various types in various forms; Stevenson suggests that simple equality in the courtroom could serve true justice and thus end the poverty of mass incarceration and its aftermath.

The cases outlined in “Just Mercy” raise questions about the legitimacy of the justice system. Stevenson exposes the outright ignorance of various forms of evidence, including medical records and additional witnesses. Illegal discriminatory selection of all-white juries also plays a role in the hasty and reckless incarceration of minority individuals. He asserts the idea of “finality over fairness;” the justice system would rather condemn anyone in a timely manner than ensure equality and truth. Implicit racial bias often plays a role in these careless convictions. The community pins the blame on a particular individual based on their own perceptions of that person, and the court will often condemn the individual simply to satisfy the community and its media, taking measures such as illegally-selected juries to make the conviction appear legitimate. Mandatory sentences for certain crimes send innocent men to death row and children as young as thirteen to adult prisons.

Stevenson narrates the importance of proximity in both his novel and his lecture at the LSC. He asserts that truly understanding the people involved and how the situations affect each individual is the key to reaching true justice. He frequently references the anecdote of his grandmother, who would always hug him tightly and later ask him if he could still feel her embrace. Many people, both in and out of the courtroom, fail to see prisoners and criminals as people, who may be wrongfully labeled as criminals, rather than faceless monsters. Stevenson describes multiple instances of people involved in his cases changing their mindsets based off of taking the time to understand the reasoning behind various aspects of the crime. Racial, class and mental differences often lead people to “keep their distance” from certain groups of people and view them as separate from themselves. After connecting with prisoners and their families through mutual experiences and emotions, people reconsider their perspectives and “feel the hug” after coming into close proximity with the people on the other side of the courtroom. Years later, as he changes the legal system through the Equal Justice Initiative, Bryan Stevenson stated that he could still feel his grandmother’s hug and with it, the emotions involved in all of the people he came into contact with while he tried to seek justice in hundreds of murder cases.

After reading “Just Mercy” or watching Bryan Stevenson speak at the LSC, many CSU students have new knowledge and perspectives on mass incarceration in America. Although society as a whole takes perhaps numerous generations to truly reform, Stevenson’s lecture inspired many students to find something that gives them hope for a more equal and just society and pursue that hope with the same blazing fervor that Stevenson assured exists in everyone.