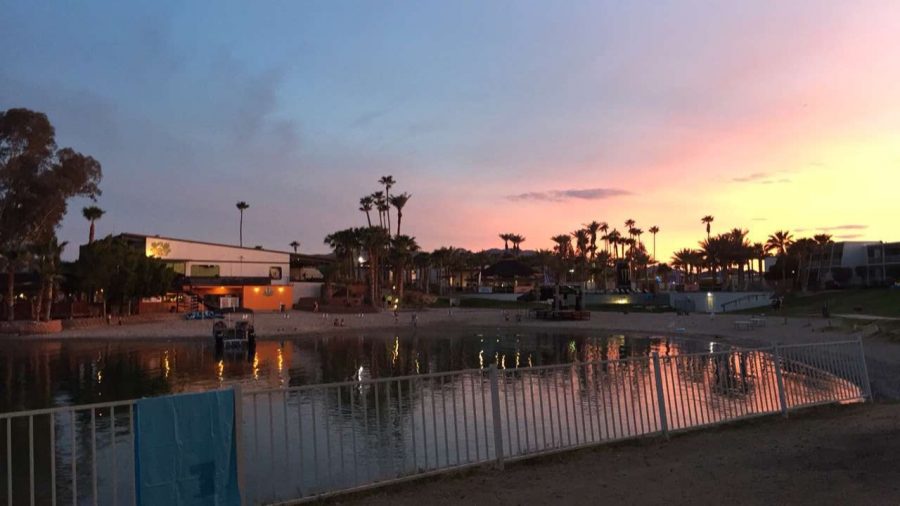 Some people stayed home on spring break, which is completely fine, and they deserved the relaxation from a relentless spring semester. But, just in case you are still experiencing some leftover FOMO from spending seven days sleeping instead of binge drinking and getting an embarrassing sunburn, here is a list of 5 wild things that I witnessed on my stereotypical college spring break at Lake Havasu in Arizona:

Utah is lit. For some reason, prior to my trip, I was under the understanding that Utah was another Kansas or Oklahoma, which are inarguably terrible to drive through (they are so flat, ya’ll). But after driving through Utah for the first time in my life, I can tell you that it is absolutely gorgeous. Instead of yelling “COW!” every time I saw cows on the side of the road like any regular person on a road trip, I yelled “BEAUTIFUL ROCK FORMATIONS.” There is a 10/10 chance I will return to Utah and live amongst the mormons and the rocks happily.

As a Whataburger girl, I will not downplay or shame the hype that surrounds In-N-Out because I understand that it is a delicacy only found in certain locations. That being said, it is rather alarming to walk into such an establishment and be greeted by about half of Colorado State University’s population and some old people who decided to retire in one of the hottest spring break locations. They were very grouchy about all the half-naked students making the line go out the door so that they could eat some animal fries to cure their mid-day drunken munchies. Honestly, so many grandmas gave me dirty looks, and so many college-goers smelled like grilled onions out on the beaches.

3. A bulldog going down a giant slip n’ slide

Resort food is trap. It sounds good on paper, and it may come with one of those delicious sliced pickle slivers on the side, but it is absolutely not worth it. You should absolutely pay the money instead to Uber somewhere cheaper. Unless you’re me and you ate at the resort restaurant not once, but twice, because damn those pickle slivers are good and those margaritas were cold and not served out of a Styrofoam cooler.

5. A bro getting so drunk he head-butted me in the face

If you get blacked by 10 p.m., fall asleep in a hotel room that is not yours, and wake up with chairs stacked on top of you wearing sunglasses you did not fall asleep with, you probably should not keep drinking and go to a beach concert where you will inevitably fall forward and ram a 5ft tall girl in the face with your giant bro head because she will put it the paper.

Collegian reporter Miranda Moses can be reached at entertainment@collegian.com or on Twitter @mirandasrad