A raver’s right of passage: 5 must-see artists at Decadence NYE 2018 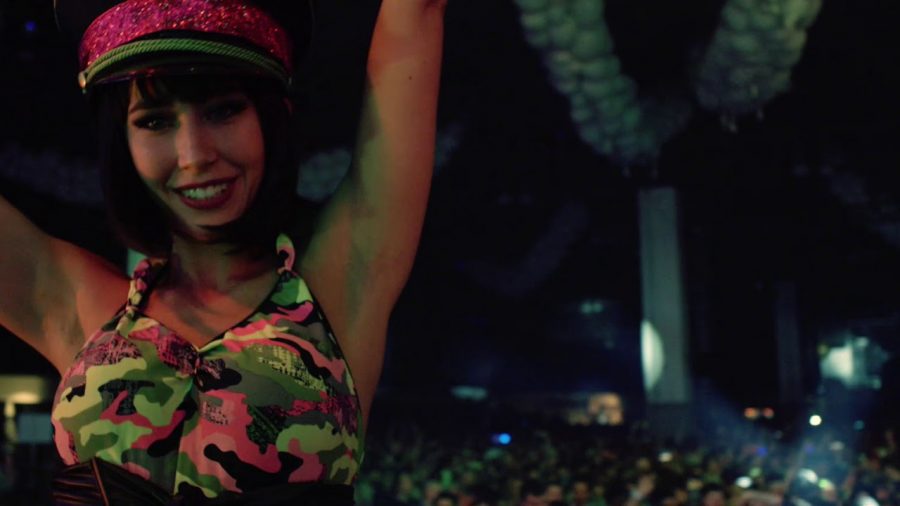 New Year’s Eve is coming up sooner than later, and everyone is scrambling to make last-minute plans for the global holiday. For those who don’t want to spend another night out tossing ping pong balls into plastic cups, Decadence NYE 2018 will provide a wonderful experience filled with music, dancing and everything in between.

Decadence, or “America’s Biggest New Years Celebration” according to their website, comes to Denver annually on January 30 and 31st to bring in the new year with all different types of electronic dance music.  Taking place in Denver, Arizona and Utah, the rave brings in dozens of acclaimed artists to take the stage. This year, the Denver Colorado Center will feature well-known producers such as Marshmello, Alison Wonderland and Skrillex. For those who are looking for a specific vibe to jam out to, here is a look into some of the versatile artists that will be featured this year.

Since her 2013 single “Come With Me” gained widespread attention, deep house artist Nora En Pure has been gaining tons of traction in the EDM industry. One of her many popular songs titled “Tears in Your Eyes” combines classic violin rifs with smooth, lofi beats for a vibe that would seemingly fit perfectly to a Jay Alvarrez-style travel video. Her 2017 single “Waves” proves the artist is just as versatile as any, as it is a much more upbeat, funky track. The lyrics spoken softly above the track, “You feel like a wave…let youself feel free”, precedes a slight beat drop, urging the listener to let go and dance. En Pure’s most recent remix, “8 Letters” (original track by Why Don’t We), successfully keeps the integrity of the original song’s chords and instruments while adding fresh beats that add dimension to the sound. While En Pure’s softer tracks may not be what some mosh-lovers look for in a rave, her live sets are incredibly funky and groovy for folks who love to dance and shuffle. Her 2018 Tomorrowland set provided a perfect ambiance for the hundreds of chillers in the crowd who just wanted to listen and let loose.

For a good mosh: Decadon

A Colorado native, Decadon is returning to his home base to serve up some hardcore sounds. The artist is incredibly experimental, exploring elements of rock-and-roll, heavy metal and dubstep to inspire his music. His 2018 single, “King of Rock”, features a consistent mantra (“I’m the King of Rock”) over electric guitar riffs as fervent beats build up intensity and speed. His newest single released in November, “Inception”, feels like a nod to the prime days of bands such as ACDC, starting off with a noteworthy guitar riff and slow, drum-like beats. Folks who are looking to release some pent-up anger should look into Decadon’s set—but don’t be surprised if you leave the mosh pit with a missing tooth.

For a taste of techno: Walker & Royce

The dirty duo, Walker and Royce, are another one of Insomniac Record’s great contributors—starting with their 2011 debut into the EDM world. Now, they’re pumping up the electronic scene with their techno, disco-like sounds. Their 2018 EP included both dance-friendly tracks, “Dance With Me” and “Drop Top”. The former starts with trippy loops followed by a Good Vibrations-esque buildup, leading to an ultimate funky, electronic bass drop. Their single released in October, “All for the Gram” featuring Sophiegrophy, is a rhythmic masterpiece that will feed the soul of the true rave maniacs.

For a fierce spin on pop: Anna Lunoe

Anna Lunoe is a music festival veteran who has headlined festivals such as the infamous Coachella, TomorrowWorld, Lollapalooza, Ultra and Hard Summer. This year, Lunoe will be adding Decadence to her rave resume, hopefully bringing the same striking energy as she has in past shows. Her 2018 single, “Badass”, offers a vibrant take on traditional pop hits, which makes the track feel like an ode to pop stars such as Charli XCX. Lunoe’s 2017 collaboration with electronic artist Wuki, “Bullseye”, is a multifaceted track sprinkled with enough wobble bass that listeners can truly feel. Though Lunoe provides enough variety in her music for everyone to wobble to, her music is the perfect soundtrack to a fierce girls night.

For a psychedelic experience: Bassnectar

For rave junkies who know this prominent dubstep artist, it’s no surprise that Bassnectar will be coming to Decadence yet again. Although it’s a tradition for Bassnectar to headline Decadence, folks shouldn’t miss out on his set that will make any sober audience member feel as though they are on psychedelic drugs. “Reflective (Part 3”, Bassnectar’s album released this year, shows how the artist has developed since his early years as an artist. “Heavyweight Sound” is a fitting name for the track, which is a heavy dubstep layered under fast-paced rap. While the musician’s sound provides a unique listening experience, something audiences at Decadence 2018 can look forward to is more than just the music. Trippy visuals and lights are a key part of Bassnectar’s sets, and will hopefully be just as extravagant as the other music festivals he has headlined.

Tickets for Decadence NYE 2018 can be found at http://decadencenye.com/.