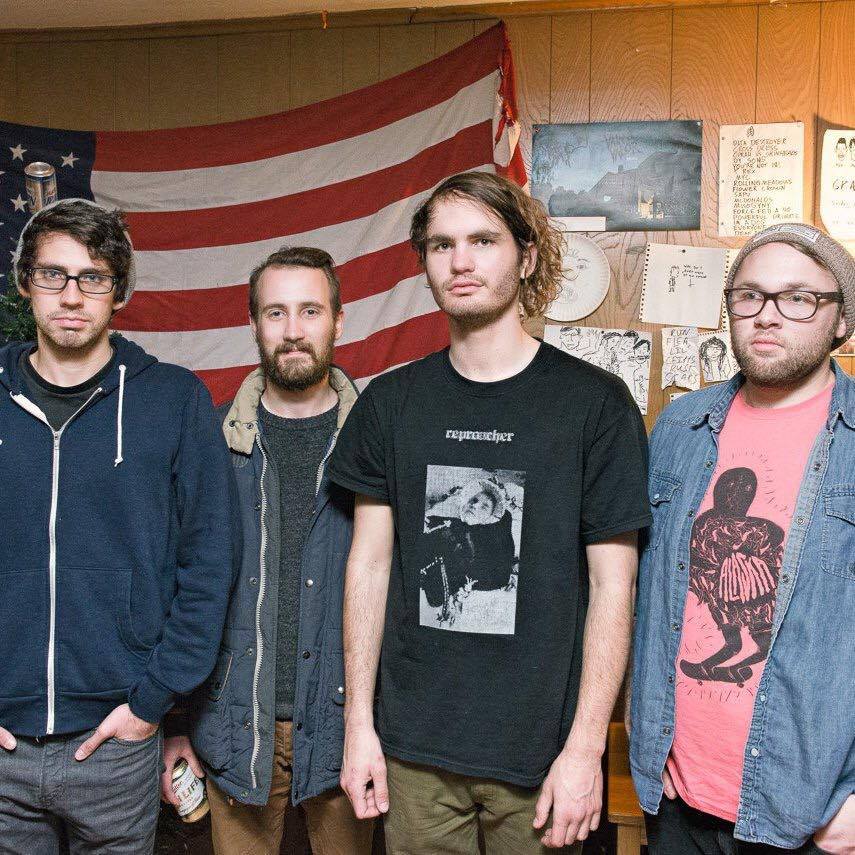 Discovering the Fort Collins punk scene is no easy task and unless you know where to look, you won’t find much. While it’s true the presence of punk ‘do-it-yourselfers’ are barely visible on the local music circuit, Fort Collins band Old Sport believes the DIY (do-it-yourself) approach is far from antiquated.

If you don’t know what the DIY scene is, you aren’t alone. Closely related to the sentiments of early punk, DIY is an approach to music that keeps things underground and musician centered. While DIY differs for every community, it often features lesser known bands, makeshift venues and a highly collaborative method. From their gritty garage sound, to their innovatively inclusive stage strategy, Old Sport epitomizes what being a DIY band is all about.

“There’s this phrase that is kind of a joke, DIY or die” Old Sport guitarist Derek Brannon said, “but there’s some truth to that. I really want my band to be inclusive. I want any type of person to come to our show and hang out with us without feeling like there is a barrier.”

After moving to Fort Collins to pursue a Master’s degree in atmospheric science, Old Sport bassist Andy Manaster said connecting with like-minded musicians was important to him. Manaster eventually found Old Sport guitarist Amos Helvey on Facebook, and through a craigslist ad the two found Brannon. Although the band officially formed in January 2014, it took another 6 months to find their permanent drummer, Ross Payton.

“Coming from a different music scene, it was interesting coming to Fort Collins,” Manaster said. “There wasn’t a DIY punk scene established, so we kind of started to make our own.”

From playing shows at unestablished venues like the Art Lab, to fostering support networks of local and national DIY musicians, Old Sport has built their success from the ground up using humility and passion as their main materials. According to Brannon, the band formed for the simple sake of playing the music they love. While many of their efforts helped revitalize the scene, being a DIY punk band hasn’t been without its hardships.

“Fort Collins is not conducive to punk music and that’s our thing; being all inclusive. When I wanted to be in a band, I just wanted to write music,” Brannon said.

According to Manaster, the DIY community became emergent around the same time Old Sport formed. While it thrived for much of 2014, by the end of the year, something had changed and the scene was no longer as vibrant or energized as it had been.

“When we started booking shows, friends and friends of friends started taking notice. We saw a bunch of bands come out of the woodwork, and there were some cool house venues that started popping up. That’s how it was until 2015.” Manaster said.

It was at this point that Old Sport transitioned from local DIY staple into a touring band. Having embarked on 4 different tours to date, a huge feat for any two-year old band, Payton believes what lead to their success wasn’t just the fact that they play well, but was largely based on the community they’ve found through social media.

“It feels like a lot of bands don’t know the importance of networking. They think that just playing cool music can get you where you need to be,” Payton said.

Brannon agrees that networking with bands across the country is what set all their tours in motion. For Manaster, touring as an emerging band was well worth all the sacrifice and trouble they faced in doing so.

“We could describe it [touring] to someone, and it sounds like a miserable time; it’s actually a lot fun,” Manaster said.

Although the band’s accomplishments are numerous, for Brannon, the most rewarding experience exists in what their music has done for them; specifically, in what it has taught them about humanity.

“I would say my gratitude for human beings has increased substantially. I think touring made me realize there are a lot of good people out there who are struggling and even though they are struggling they are willing to help some random idiot dudes. I’ve learned to put gratitude out to the people around you,” Brannon said.

Brannon goes on to explain that one of the greatest aspects of being in Old Sport has been how they’ve evolved as a group; an experience Payton equates to becoming a lot like siblings.

“Honestly this we’ve had a really great reception. I think we’re finally like a band now, the beauty of what we get to do is that we have fun,” Brannon said.

Collegian Reporter Saruh Fenton can be reached online at music@collegian.com.