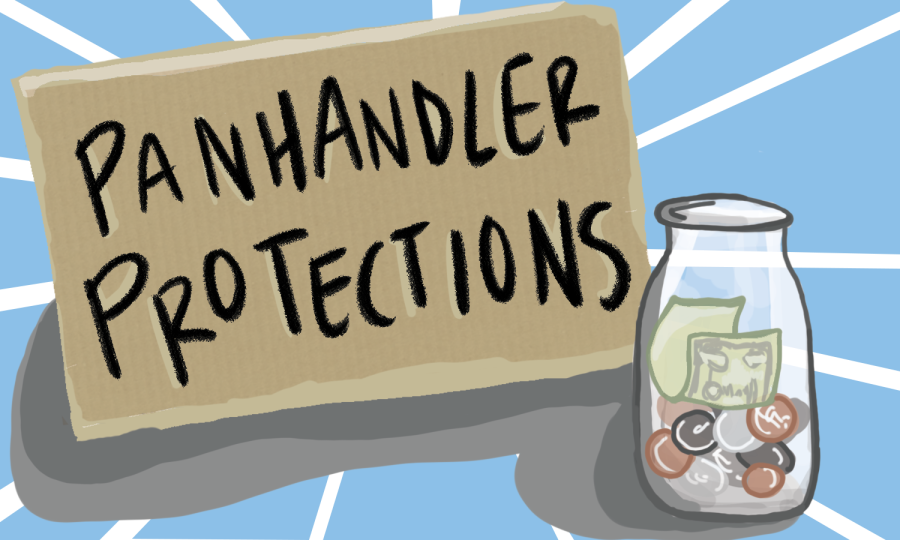 From 1995 to 2015, Fort Collins was enforcing an unconstitutional panhandling ordinance. Panhandling is “to stop people on the street and ask for food or money,” according to Merriam-Webster. Violation of this ordinance was a misdemeanor punishable by imprisonment for up to 180 days and a fine up to $2,650. Fort Collins, like many other Colorado cities, was violating the First Amendment.

On Feb. 10, 2015, the American Civil Liberties Union of Colorado filed a class-action lawsuit challenging this ordinance, which resulted in quick repeals. Prior to suing Fort Collins, the ACLU was in the midst of challenging a similar ordinance in Grand Junction, Colorado.

“When we did that case in 2015, it seemed like we were hearing about panhandling issues in a number of communities around Colorado,” said Mark Silverstein, legal director for ACLU of Colorado. “We must have litigated or written letters to the city attorneys — either sued or wrote to city attorneys in probably a dozen Colorado cities about panhandling.”
“(They) weren’t getting in someone’s face, yet simply holding a sign asking for charity was considered a violation of that ordinance. … That kind of passive panhandling was clearly protected by the First Amendment.” -Mark Silverstein, ACLU of Colorado legal director
Many people think the First Amendment is the foundation of our democracy. It allows people to speak out on controversial issues without fear of punishment. It also must allow people to speak on personal issues, such as not having enough money for basic necessities.

“Some of the arguments made by city attorneys seemed to be based on assuming that, of course, (panhandling is) threatening — it’s a threatening thing for a poor person to come up to you and ask if you can spare a dime,” Silverstein said. “But that’s simply speech; that’s not threatening.”

Fort Collins’ former panhandling ordinance made it illegal to panhandle under 11 circumstances: some involving aggression but some involving location and time, such as being within 100 feet of an ATM or bus stop or panhandling a half-hour before sunrise or after sunset.

The Fort Collins City Council unanimously voted to remove seven of the provisions in response to ACLU’s lawsuit. The four that remained aimed only to prohibit aggressive panhandling, making it illegal to knowingly touch or grab someone, use threatening language that could make someone fear for their safety or obstruct a passage in a way that requires evasive action. Since these laws overlap with specific crimes listed elsewhere in Fort Collins law, they were eliminated in 2018 in favor of citing the other existing laws to enforce these rules.

“Fort Collins was going after people who were just passively sitting on the sidewalk holding a sign saying, ‘Please help,'” Silverstein said. “They weren’t approaching people; they weren’t molesting people; they weren’t getting in someone’s face, yet simply holding a sign asking for charity was considered a violation of that ordinance. … That kind of passive panhandling was clearly protected by the First Amendment.”

Silverstein said there was a clear inequality when looking at the groups of people who solicited in public spaces, such as Old Town, between those who were allowed to do so and those who were not. Church groups were allowed to ask people if they were saved, and petition circulators can ask for signatures as long as the respective groups do not ask for donations.

Silverstein said the reason this unconstitutional ordinance was enforced for so long was because of who the ordinance targeted. People experiencing poverty likely do not have a direct connection to lawyers who can help them.

“The First Amendment applies, but in a way, we are really getting at some fundamentally cruel inequality in the enforcement of our laws,” Silverstein said.