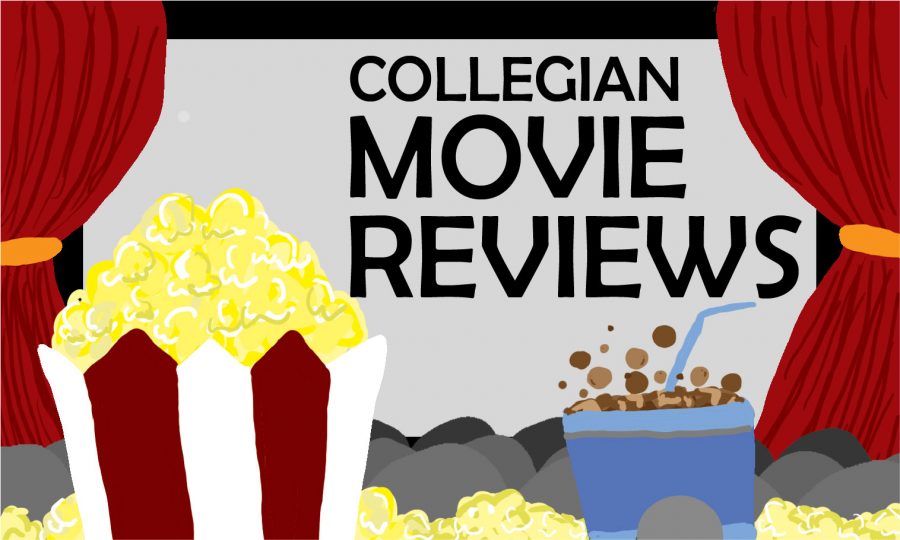 The final installment in the current Spider-Man trilogy starring Tom Holland, “Spider-Man: No Way Home,” implements what fans have been asking for and appeals to multiple generations of Spider-Man fans. The excitement and anticipation around this movie among Marvel fans was surreal.

Leaks and rumors of guest appearances permeated the internet, and the trailer received over 355 million views within the first 24 hours. The movie, which currently sits at 93% on Rotten Tomatoes, develops the young Peter Parker into a more mature and comic-accurate version of himself.

The movie opens right where the last one, “Spider-Man: Far From Home,” left off: Peter’s identity has been revealed to the public along with a claim that he murdered Mysterio, and chaos ensues. The beginning of the movie shows Peter grappling with the overwhelming publicity while he still attempts to go about life and high school normally.

However, the enormity of Peter’s dilemma does not seem to hit home until he, Michelle “M.J.” Jones-Watson and Edward “Ned” Leeds are all rejected from the Massachusetts Institute of Technology. This trilogy has been markedly more comedic and positive than its predecessors; however, after this moment, Peter tastes consequences for his double life — however unfair they may be.

Peter is unable to cope with the fact that he may have cost the most important people in his life their futures, so he consults Stephen Strange, played by Benedict Cumberbatch. After very little resistance, Doctor Strange agrees to perform a spell that will make everyone forget the real identity of Spider-Man.

Despite the time for banter, for some unknown reason they decide to perform the spell without discussing who Peter wants to remember his real identity. Midspell, Peter begins interrupting Doctor Strange with people he wants to be excluded from the spell, like his Aunt Maybelle “May” Parker, M.J. and Ned. Peter’s dependency on those he loves is highlighted here.

He may have fought Thanos and participated in the Avengers, but he always had a support system, like Iron Man, to fall back on. This moment foreshadows the arc and troubles ahead for young Peter.

As he interrupts Doctor Strange, the spell goes awry and is shut down. It is revealed that the multiverse has cracked open, allowing anyone who knows Peter Parker from other timelines in. This includes Norman Osborn (Green Goblin), Otto Octavius (Doctor Octopus), Flint Marko (Sandman), Maxwell Dillon (Electro) and Curtis Connors (Lizard).

Rather quickly, Peter and his two pals catch the villains and bring them back to Doctor Strange. When it is revealed that many of the villains were brought to Peter’s timeline moments before their deaths, he fights to save them at the urging of Aunt May.

Willem Dafoe is a scene-stealer who elicited gasps of surprise in the theater during many of his scenes. His switches from Osborn to Green Goblin are filled with a sinister and foreboding energy that captivates viewers.

Watching the relationships develop between Holland’s Peter Parker and villains who had only known other versions of himself was fascinating. Their confusion and resistance to Holland’s approach felt realistic and true to their respective personalities.

There were various homages to previous movies, and the actors did a wonderful job of continuing their characters — it felt as if they had been directly pulled out of the previous movies into 2021.

Zendaya’s M.J. shines as a character who is slightly pessimistic — which often offsets Peter’s blind positivity — but staunchly loyal as she aids him in his mission to “fix” the villains. While Doctor Strange was integral to the plot, some of his scenes felt unrealistic in order for the plot to progress.

At one point, Peter and Doctor Strange have a battle in the mirror dimension. This scene was shot beautifully; however, Peter wins by knowing basic geometry. This could be written off by the fact that Doctor Strange is severely egotistical and consistently underestimates Peter, or it is simply plot armor.

Either way, this can easily be forgotten when, as a whole, the movie moves at a fast pace without abandoning character development. By the end of the movie, Peter is the most resilient and independent we have seen him, and his understanding of his responsibility is much more developed.

Many have critiqued this incarnation of Peter due to his childlike nature, which is thoroughly addressed. It becomes clear by the end that this entire trilogy was actually Peter Parker’s backstory.

While any Spider-Man fan will likely enjoy this movie, there is a special sense of nostalgia for those who grew up on the other versions. In my theater showing, there was open weeping, laughter and quite a few screams (both of terror and joy). Having grown up loving every version of Spider-Man, there was a particular power in sharing these various feelings with a group of strangers for 2.5 hours.