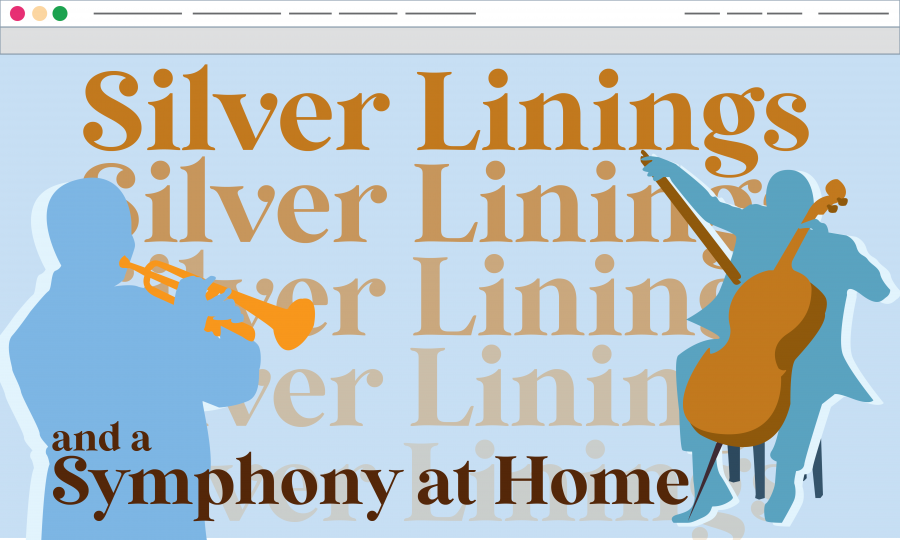 The Fort Collins Symphony, armed with the power of online connection, provided new opportunities for their musicians while inviting in a new audience through their Tiny Concert series. These online concerts allowed musicians to try their hand at being soloists and to show off their own personal musical interests.

Like many other musicians, members of the Fort Collins Symphony watched as their careers came to a standstill in March 2020. The symphony played their final in-person concert, “Silver Linings,” on March 7, 2020, just weeks before Colorado State University moved online and Colorado declared its stay-at-home order.

Members of the symphony are largely gig employees, meaning they don’t have a stable income without live shows. Musicians, including trumpet player Derek McDonald, found themselves struggling financially. While McDonald works in instrument restoration as well, he found himself without his primary employment through symphonies in the area.

Realizing that musicians could not get by on fundraising alone, the Fort Collins Symphony began exploring creative solutions to get the symphony out to the public.

Realizing that musicians could not get by on fundraising alone, the Fort Collins Symphony began exploring creative solutions to get the symphony out to the public.

“The one thing that we could do is get our musicians to play in locales that are outdoors,” said Kenney, the music director of the symphony. “They’re nice settings, and it actually gave our musicians a chance to work. The concerts might’ve been small, but it certainly put income in the pockets of many of our players.”

Kopco said that as a way to support them emotionally and financially, the Fort Collins Symphony invited its musicians to record themselves playing a song of choice to be shown online. Kopco said this made the symphony more accessible not only for people curious about the symphony but also to audiences outside of Fort Collins.

“When we go back into the performance hall this fall, our plan is to continue offering a livestream of the concert, and that’s just to increase accessibility,” Kopco said.

Kopco said that this has expanded how younger audiences like college students access the symphony. The Tiny Concerts show them that many musicians are around the same age as the traditional student and allow them to have an inside look into the individual personalities of each musician. Kenney also said this supported audience members who might have shied away from the symphony or been intimidated by the culture of the performance hall.

These online Tiny Concerts also revealed more about the musicians beyond their identity within a section. Kenney said they showed off the musicians’ interests beyond classical music, with tango and pop among them.

Outside of just the music, viewers got to know musicians for their identities as parents, and in turn these musicians got much-needed time with their children.

McDonald, a father of two, was grateful for the chance to be around his family.

“It was nice to be home with them, actually, because a lot of what I do is away from home,” McDonald said. “The blessing in all of it, especially for my youngest daughter, is that I never would’ve had that amount of time with my kids.”

Since his musical career requires him to drive around to practice and perform with a variety of symphonies, he regularly gets home after they’ve already gone to bed. McDonald said his older daughter, who was five when the Tiny Concerts were recorded, made appearances as he performed. She tried to get in the frame of the recording or to distract McDonald as he worked.

Kota Babcock can be reached at entertainment@collegian.com or on Twitter @KotaBabcock.