Cinema to get stoned to: 3 movies for your 4/20 celebrations 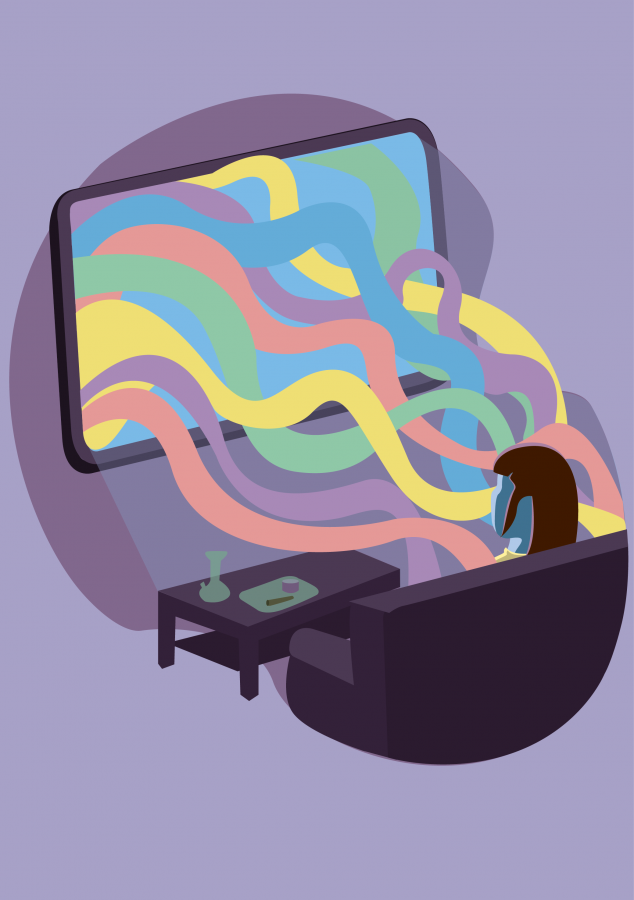 The sun is shining in the sky, the nip of winter breezes have been replaced by the warm, motherly hug of fresh spring air and all those posses of chiseled, shirtless, spike-balling summer studs have reappeared on the quad to make the rest of us marshmallow-torsoed, spaghetti-armed Michelin men feel inadequate and remind us just how hopeless our chances of ever finding a girlfriend in this Adonis-laden land truly are.

Fortunately for us, we live in Colorado, where you don’t need balloon biceps and the sense of self-satisfaction they provide to feel good in the spring. All you need is about $20, some rolling papers and a few hours to spend sitting in your room drumming up elaborate, abstract hypotheses about how the U.S. government is secretly a front for, like, an underground coven of witches who use Food and Drug Administration-funded research to develop potions that turn Russian spies into toads.

If you’re looking to toke your troubles away this 4/20, there’s no better companion than a nice stoner flick to heighten your high with dazzling colors and psychedelic cinematic compositions. Here is our list of the top three movies to watch this April 20.

Remember high school? No, you don’t. The human brain is naturally predisposed to eliminate traumatic experiences from its memory, so it is neurologically impossible for anyone apart from cheerleaders, football players and student body presidents to have any recollection of what the hell happened in their lives between the ages of 14 and 18.

And even then, all the cheerleaders, football players and student body presidents were too drunk or coked out of their minds to form new memories, so it’s likely they can’t recall the time period too well either. However, regardless of whether or not the mental still frames from the era are still on display in the museum of your episodic memory, the fact remains that there was, indeed, a time in your life when you were 15, and you thought Hollister was cool, and you unironically used the word “hella” in your sentences.

This is also probably the time when you had your first experience with Satan’s cigarettes and their magical mind-altering powers. And when it comes to depictions of high school stoner life on film, none are better than this 1993 Richard Linklater classic. Complete with a shaggy-haired, cowboy-booted Ben Affleck and a smooth-walking, silk-talking Matthew McConaughey in his film debut, it’s the perfect flick to flame up with.

Any adaptation of Lewis Caroll’s Victorian era, skittle-twisted literary glue snort is guaranteed to hype up any high. Whether it be Disney’s 1951 classic with its psycho-chromatic color palette and warped artistic compositions or Tim Burton’s narratively dead but aesthetically vibrant 2010 remake, the nonsensical story and logic-less locale of Wonderland lend themselves perfectly to the kind of demented designs that make for satisfying stoner fare.

However, no Disney-fied descent down the rabbit hole could ever match the unbeatably hokey yet perfectly uncanny interpretation brought to life in the made-for-TV, turn-of-the-millennia mindf*ck concocted by the Hallmark Channel in 1999.

Boasting a bafflingly spectacular cast — how the hell they managed to fit salaries for Whoopi Goldberg, Ben Kingsley, Martin Short, Gene Wilder, Christopher Lloyd, Robbie Coltrane, Norm Peterson from “Cheers” and Deb from “Napoleon Dynamite” into their $8 budget will forever baffle me — this televisual acid trip is full of mechanical hare heads, rubber-faced babies and unsettling late-90s CGI guaranteed to hype up your 4/20 high.

Early 2000s film producers must have been some of the suavest, slick-tongued individuals in the world. They somehow managed to rope Freddie Prinze Jr., Sarah Michelle Gellar, Linda Cardellini, Matthew Lillard, Isla Fisher and Rowan Atkinson to spend an hour and a half making fart jokes with a computer-generated great dane.

The real quandary is how they got the cast to reunite for “Scooby-Doo 2: Monsters Unleashed” two years later. Did they hire a bunch of skinny purple Spooky Island alien-demons to steal their bodies and sign their contracts for them? I know that sounds far out, but I can’t think of any other plausible explanation.

For all its faults, though, there’s no denying that 2002’s “Scooby-Doo” is a masterpiece of brainless toilet humor and a treat to consume true Shaggy-style: with a ton of snacks and a couple of Scooby-Doobies.