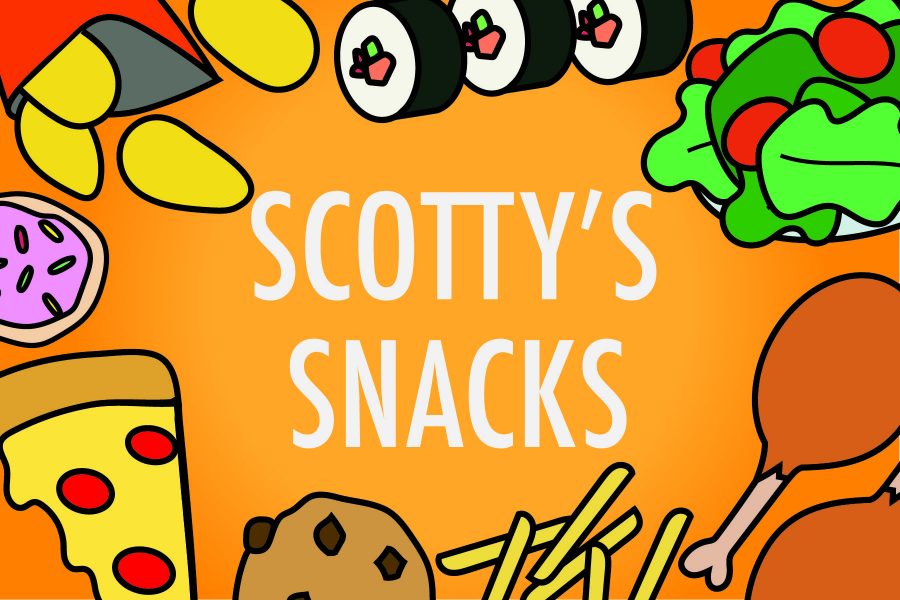 There is nothing more comforting on a chilly fall day than a nice slice of warm pie — except perhaps for doing a belly-flop into a king-sized bed made of cotton candy clouds. Unfortunately, that method of comfort exists only in my dreams and is often immediately followed by the cloud bed turning into an enormous purple tarantula with the face of my middle school bully, which proceeds to chase me down a dark corridor until I finally trip, fall on my face and wake up gasping in a cold sweat.

So I tend to stick to the much simpler comforts of a warm slice of pie when I’m in need of a pick-me-up. Far less stressful. If you’re looking for a sweet slice of sugariness (or savoriness) this autumn, here’s my list of the best pies in Fort Collins to check out.

“Pumpkin pie is an American phenomenon that, no matter how much I study it or how many different angles I try to analyze it from, its appeal continues to baffle me in every possible way.”

Fall has fallen upon us at last. The leaves are changing color; the air is nippy with a brisk, autumnal breeze. Your can-do, start-of-semester optimism has been replaced with the mantra “C’s get degrees,” and you’ve found yourself routinely turning in all your homework assignments exactly fifteen minutes after they’re due on Canvas, even though doing so bumps you down a full letter grade.

And Americans have once again begun indulging in their favorite culinary abomination: pumpkin pie. Pumpkin pie is an American phenomenon that, no matter how much I study it or how many different angles I try to analyze it from, its appeal continues to baffle me in every possible way.

Is this something people actually like? Or do they just pretend to like it to be quirky and ironic? And if they do like it, what is it that they find so appealing? It looks like vomit, tastes like a wet sponge and has the texture of the giant black ball of drain gunk that I pulled out of my sink while cleaning the bathroom last week. If fall pies were Beatles, pumpkin would be Pete Best. Or Yoko Ono. Or Mark David Chapman, if you really wanted to go there.

It’s made of squash, after all, which is a vegetable. And vegetables have no place in a dessert. Honestly, you put squash into pie, and what then? Next thing you know, we’re putting carrots in cake or zucchini in muffins, and before you know it, dessert is just a salad with whipped cream on top instead of dressing.

No, pumpkins must stay out of pie at all costs. Fortunately, Ginger and Baker’s Maple Pecan Pie is here to save the fall pie lineup from its squash-based companion’s countless depravities. With a delicious gooey filling of molasses, brown sugar, butter and pecans, this seasonal gob stuffer is a delicious and 100% vegetable-free chaser to a fall-time feast.

I thought that Sweeney Todd had forever ruined meat pies for me. And, in all honesty, the fact that Waltzing Kangaroo is so conveniently located walking distance from Sammie’s Lucky 27 Barbershop & Social Club didn’t do much to quell these fears. Nor did the fact that I was greeted by a singing Angela Lansbury in a blood-soaked apron when I walked in the door.

“Either way, the fact of the matter is that even if Jennifer’s last name turned out to be Lovett and she was, in fact, in the business of helping her bitter, murderous barber lover dispose of his victims by grinding them into meat pies, I don’t know if I would really mind that much. “

I’m only kidding of course. It was Patti LuPone. Legal disclaimer: I was greeted by neither Angela Lansbury nor Patti LuPone when I entered Waltzing Kangaroo but instead a very nice girl named Jennifer with a perfectly clean apron and a pleasant disposition and who, I’m sure, would never in a million years dream of baking a human being into a pie.

Either way, the fact of the matter is that even if Jennifer’s last name turned out to be Lovett and she was, in fact, in the business of helping her bitter, murderous barber lover dispose of his victims by grinding them into meat pies, I don’t know if I would really mind that much. The Aussie eatery’s lamb and rosemary pie is absolutely delectable.

Even if the thing were stuffed with the remains of some poor, unfortunate, recently-shaven little priest — I must say that it was pretty fresh, but I’m sure this was just coincidental — I would still include it on this list — so long as I don’t get charged as an accessory to murder for doing so. Tender and juicy with a rich, hearty flavor and warm, light, buttery crust, far from being the worst pie in London, it’s, without a doubt, one of the best in FoCo. God, that’s good.

So, as it turns out, I’m actually quite fond of meat pies. As it also turns out, there are only three pie shops in Fort Collins — and it’s very difficult to make a list of the five best pie shops in a city that only has three. It’s not impossible, but only so long as you’re able to open two extra pie shops yourself to make up the difference. Instead of going through that trouble, I’ve decided to simply cheat and double up on the shops I include in this list. It’s much easier.

Also, it gives me the chance to rave about another pie from Waltzing Kangaroo, which I always love to do, and which I feel obligated to provide after the rather grim and overly sarcastic analysis I gave to my last entry from the shop.

Not that I feel guilty or anything. I just feel that if I didn’t give the restaurant a fair review, they would end up chasing me out with rolling pins raised above their heads the next time I came in, cursing me for accusing their restaurant of engaging in cannibalistic business practices. Or, worse yet, they would grind me up and bake me into one of their pies.

You know what they say: when life gives you lemons, make lemon meringue pie. That is, so long as life has also given you some salt, sugar, milk, flour, unsalted butter, egg whites, vanilla extract, cream of tartar and, of course, a blowtorch. Then you’re all set. So if life gave you just lemons, it seems you’re still screwed. But if life just happened to get back from stocking up at the grocery store when it paid you a visit, then you’re in luck.

Unfortunately, this is hardly ever the case, and life almost never gives us everything we need to make lemon meringue pie — except for in the rare instances that a nearby supermarket explodes and blasts all these necessary ingredients onto our front doorstep.

Let’s be honest though: When it comes to life’s gifts, even lemons themselves are a rarity. It seems all life gives me these days are research essays and parking tickets — neither of which can be used even so much as a margarita garnish.

Fortunately, for those of us who have not been gifted the necessary ingredients to create our own lemon meringue pie, Ginger and Baker’s got us covered with theirs. Boasting a gooey, tart lemon base and piled high with a full-on Everest of marshmallow-y meringue topping, this citrusy slice is the perfect pick-me-up for those feeling soured by life’s careless, lemon-less neglect.

It’s the age-old question: Are Oreos best enjoyed when carefully pulling apart the two cookies and licking the sweet vanilla cream out of the center or when eaten like a primitive Grog Stongjaw-man, taking a giant, monstrous bite out of the whole thing, all at once?

It turns out the correct answer is neither. Oreos are best enjoyed ground up with heavy whipping cream and egg yolks and baked into a pie. It’s the perfect compromise: The proper, refined cookie connoisseurs get the pleasure of enjoying a dessert prepared in a clean, pristine, neatly sliced triangle of pie, and the savage cookie-monsters get the thrill of knowing that they are eating something that has been ruthlessly, heartlessly crushed into a crumbly pulp before being served to them.

It’s a win-win. And no Oreo pie beats Me Oh My Pie’s. Smooth and creamy with just enough crunch to keep things interesting, it’s a sweet sidekick to an autumn coffee break.

Scott Powell can be reached at entertainment@collegian.com or on twitter @scottysseus.