Spooks & Tunes: Halloween songs to get your monster on 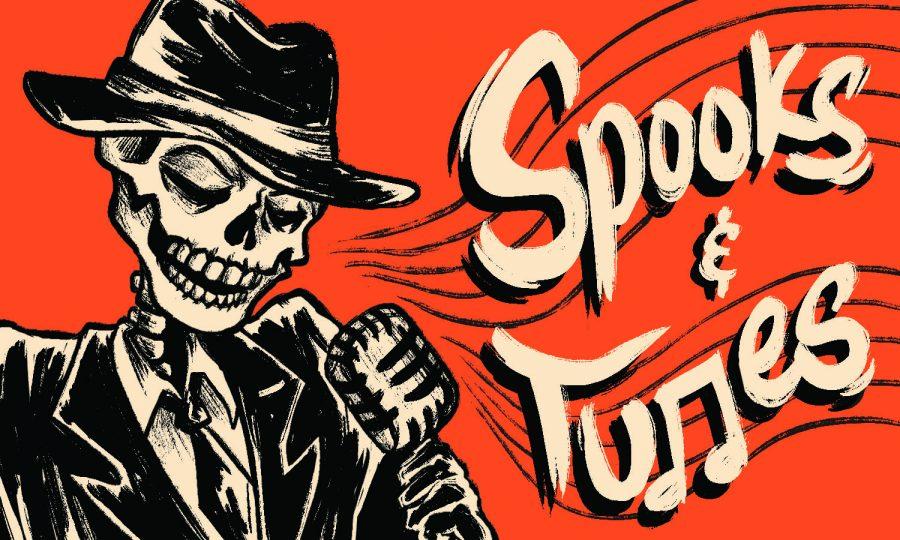 With Halloween right around the corner, it is time to start cranking the scary music. And I do not mean “Monster Mash,” which may just be the most overplayed and overrated Halloween song out there.

Instead of filling your Halloween playlist with basic and outdated tunes, here are some songs that will get you grooving in the graveyard — 6 feet apart, of course — this spooky season.

“Halloween” by Siouxsie and the Banshees

If your friend group is dressed as “The Breakfast Club” crew this Halloween, this song is meant for you. Siouxsie and the Banshees was a British post-punk, gothic rock band that began in the late ’70s. It was incredibly influential to alternative music, and it lead the way for bands like Radiohead and The Cure.

“Halloween” was released in 1981 on the album “Juju.” Siouxsie combines dark and sad lyrics with a recurring chorus, saying “trick or treat.” There is a classic alternative guitar feel with echoing riffs and lots of feedback.

“The Time Warp” from “The Rocky Horror Picture Show”

I will admit, this is a common and slightly overplayed Halloween song, but it deserves every single play and is a great Halloween classic. Maybe my love for this song stems from watching my mom do the entire dance every morning for three months after she found out she could ask our Echo to play songs, adding a whole new meaning to “let’s do the Time Warp AGAIN.”

But in all honesty, “The Time Warp” is the perfect song to add to your Halloween jams. Whether you know all the choreography from the musical or not, it is sure to get you on your feet and dancing along. If you haven’t seen the rock musical “The Rocky Horror Picture Show,” it’s a cult classic to add to your movie night this spooky season.

“The song feels like it’s creeping and sneaking through time, hiding from the terrifying idea of forever. Additionally, the groovy bass line and funky synths will get every bone in your body dancing along.”

“Dracula’s Wedding” will add the perfect amount of groove to your Halloween playlist. This song addresses one of the scariest things known to man: committed relationships. This clever play on the classic Dracula character and “till death do us part” in marriage makes an original and relatable Halloween tune.

The whispering and echoing tone of vocals creates a scary storytelling feel that fits perfectly with the concept of horror and Dracula. The song feels like it’s creeping and sneaking through time, hiding from the terrifying idea of forever. Additionally, the groovy bass line and funky synths will get every bone in your body dancing along.

The Misfits is often credited for creating the subgenre of horror punk and is known for using horror film imagery in their performances. While you may not be able to mosh with a hundred of your closest friends to this song this Halloween like the punk gods intended, the Misfits is still a top artist to add to your spooky season playlist.

“Halloween” is a song about all the scary and crazy memories made on the very special night of the 31st. Hopefully you don’t remember seeing dead bodies everywhere on Halloween, but nonetheless this song will remind you of all your wild adventures on this very special night in the past.

“Jack the Ripper” by Screaming Lord Sutch and the Savages

David Sutch, who performed under the stage name Screaming Lord Sutch, is a lesser-known but highly influential horror rock star from the ’60s. He performed with his band, the Savages, and was known for his horror-themed songs and performances. Not only did he perform many of his shows as Jack the Ripper, but he also is the founder of the Official Monster Raving Loony Party in the United Kingdom. While this sounds bizarre, it actually began as the National Teenage Party, as a way to fight the hypocrisy of the former minimum voting age of 21.

Sutch’s version of “Jack the Ripper” was first released as a single in 1963 and is the ultimate horror rock song for a spooky Halloween. Sutch combines the classic, groovy, ’60s feel of guitar riffs and jazz piano with catchy lyrics of the scary tale of Jack the Ripper. The song starts with haunting footsteps and a woman’s scream, and more dramatic movie-like sound effects are woven into the music to portray the horror story.

Maddy Erskine can be reached at entertainment@collegian.com or on twitter @maddyerskine_.