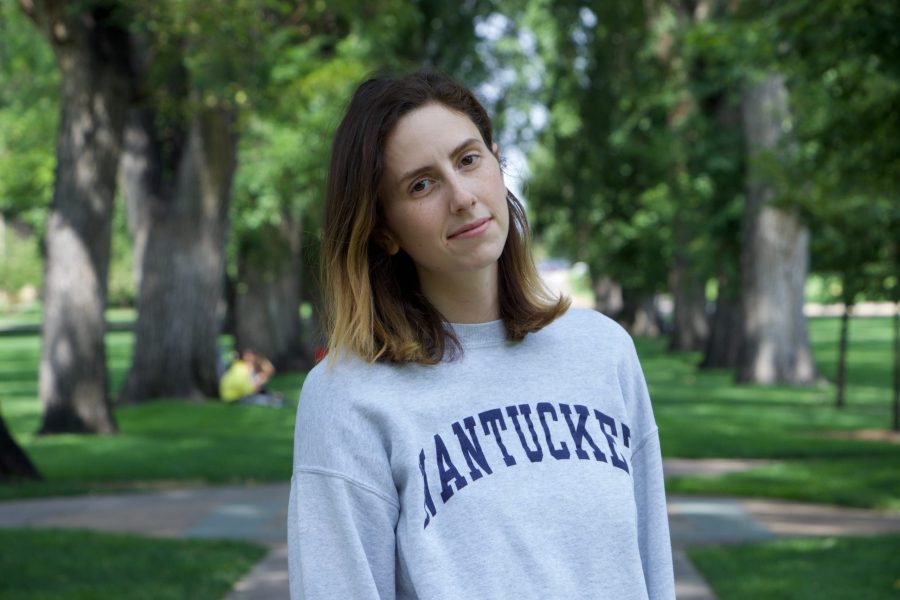 Jenna Landry is the arts and culture director for The Collegian for the 2020-21 school year. Landry is a transfer student from Laramie County Community College where she gained her associate’s degree in mass media.

Landry started as computer science student, but after she volunteered as a writer, she finally realized what she wanted to be when she’s grown up. Landry then quickly changed her major and became an editor for the Wingspan newspaper.

Landry is now a sophomore studying journalism and media communication. Landry is a new face on The Collegian, but already feels at home in the newsroom — well, virtually at home for now.

Landry was born and raised most of her life in North Dakota, the fly-over state of everyone’s dream, where she spent most of her time trying to get out of North Dakota. Landry emphasizes the three years she lived in Guam where she gained a lot of new perspectives and traveled the most — something she hopes to do again soon.

Landry is fascinated by politics and was drawn to journalism by its crucial role in helping democracy function and the vital role of the press.

“As Arts and Culture Director, Landry hopes to create an inclusive Space for anyone who would like to share their voice.”

Skateboarding, or, as she calls it, “falling down for fun,” is Landry’s chosen hobby. Landry also enjoys hiking, music, reading and dad jokes. Landry spends most of her free time with friends, her two daughters and her small collection of cats (Plato, Penny and Sage). As arts and culture director, Landry hopes to create an inclusive space for anyone who would like to share their voice.

Jenna Landry can be reached at entertainment@collegian.com or on Twitter @yesjennalandry.