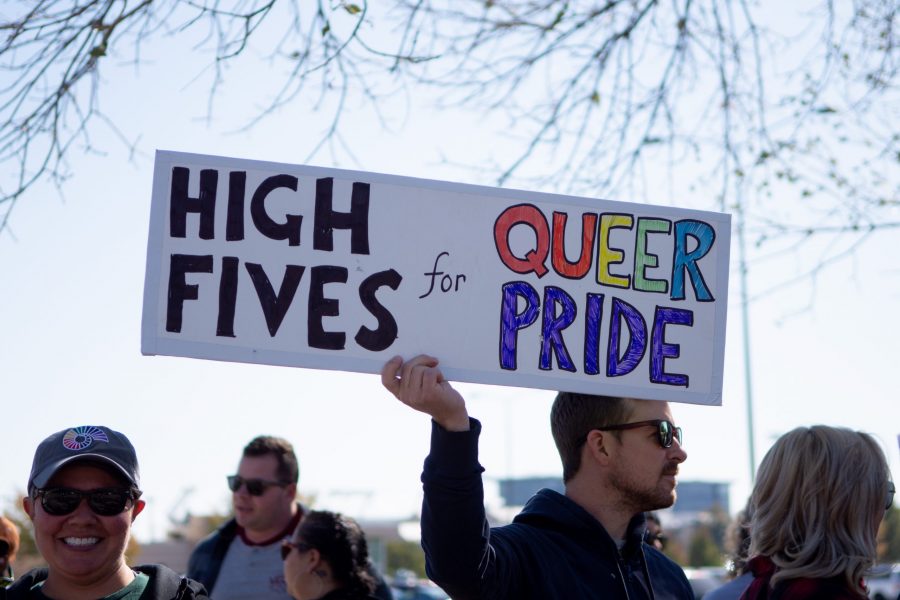 Since May 25, people of all colors have banded together around the Black community. The protests against police brutality and systemic injustice have grown to encompass all 50 states and several other countries across the globe.

June is also LGBTQ+ Pride Month. Though many events around the country are canceled or are finding alternative, virtual ways to celebrate, George Floyd’s killing and the subsequent protests have caused many to take a step back and consider how selective activism can contribute to conventions that uphold systemic oppression.

The conclusion that many are coming to is that equality for one group is not true equality; movements coming from a more privileged point in society must reflect on their history and work for the rights of all people.

The Roots of LGBTQ+ Rights

The current Black Lives Matter and Pride movements that we see today are intrinsically tied together throughout history, though they used to look different. According to Hendrickson, Pride as we know it began with the Stonewall rebellion in 1969.

Throughout American history, laws against cross-dressing and sodomy were used to rationalize violence and brutality against LGBTQ+ people. This caused communities to gather in underground spaces and clubs. Stonewall was one of these places.

“Trans folx couldn’t be their authentic selves,” Hendrickson said. “But in clubs they were able to do that because there’s a little bit more anonymity.”

The police were known to routinely raid gay bars and clubs, but one night at Stonewall, the regulars had enough.

“The police raided the bar and a bunch of drag queens, trans women, people who were frequenting there were getting arrested, and a Black lesbian named Stormé (DeLarverie) yelled at the rest of the group, ‘Are y’all not gonna do anything?’” Hendrickson said.

Thus ensued a series of riots and police brutality that lasted 6 days.

“Basically, (Stonewall) was some folks who were tired of being hassled by the cops,” said Mike Mansfield, a history instructor at CSU who taught a class on the history of protest movements around the United States in 2019. “They had simply had enough and fought back.”

DeLarverie, as well as trans people of color Marsha P. Johnson and Sylvia Rivera are accredited with providing the first sparks of the Pride Movement.

“Their work goes beyond just throwing punches at Stonewall,” Hendrickson said. “They did a lot of community-based work, too. That night is pointed at as the kick-starter of the modern day LGBTQ+ activists movement.”

Though the Stonewall rebellion began an international movement based around gay pride, self-love and LGBTQ rights, the names of DeLarverie, Johnson and Rivera are not commonly taught in history class.

According to Mansfield, a lot of queer people of color are left out of history “simply because they don’t fit the narrative.”

“It wasn’t too long ago that (being gay) was literally a crime in many places,” Mansfield said. Even under (Bill) Clinton’s policy of ‘don’t ask, don’t tell,’ people were still being forced out of the military and government service because of their sexuality.”

According to Hendrickson, these stories are often forgotten because of their connections to other systemic problems in the United States.

“A lot of folx who were involved (in Stonewall) were also lost in AIDS and HIV epidemic as well,” they said. “That happened in the late ’80s and ’90s, so a lot of that history is lost.”

The early messages of Pride are sometimes lost on the people celebrating it today.

“I think Pride Month now is usually like you go out to clubs, people get drunk, they have glitter on their face, and then it’s always sponsored by these really big corporate organizations,” Hendrickson said. “What it really is … (is) a celebration. It’s an annual celebration of fighting back against things like police brutality, anti-Black racism and homelessness.”

While both the Black Lives Matter and Pride movements have had major accomplishments in the past decade, it is important to recognize systemic privileges that continue to marginalize people of color. In order to raise up these voices, many resource centers across campus have made commitments to engage in Kimberlé Williams Crenshaw’s intersectional activism.

“The focus of intersectional activism is to keep folx with multiple marginalized experiences at the center because it’ll have a ripple effect to making things better for everybody,” Hendrickson said.

In a statement after Floyd’s killing, CSU’s Women and Gender Advocacy Center reaffirmed their mission statement, which includes “supporting systemic change to end all forms of oppression.”

In addition to supporting marginalized people, the statement also stressed its commitment to dismantling systems of oppression within the WGAC’s own organization.

“White practitioners have co-opted and colonized these movements, often leveraging relationships with police systems over the needs and safety of survivors,” the statement said. “The impact of white supremacy on Black survivors is immeasurable, as policies and resources have been created to disproportionately benefit white, straight, cisgender women.”

Additionally, the Pride Resource Center is working to increase their intersectionality in order to proportionately support their students of color.

“The Pride Center has been focusing on a quote this year that says, ‘No pride for some of us without liberation for all of us,’” Hendrickson said. “We try to keep talking about those and creating space for that. … In the spring we did some cultural competency training for our staff and redid our community guidelines for the center just to kind of make sure we’re proactively making a space where everyone feels comfortable, regardless of their other identities.”

How to celebrate Pride this year

Pride, for a number of reasons, will look different this year. But there are many ways to interact with the community, connect with resources and work toward intersectional change in our society. With the help of Hendrickson, we’ve put together this list of ways you can stay involved this June:

A good way to connect with Pride without attending an event is to do some research on how the movement came about and the early activists that opened the doors for acceptance and legality of gay rights now.

“We’re posting an activist of the day on Instagram, so folx can learn about their “Trans-cestors,” Hendrickson said.

Now is a good time to take a step back and reflect on the Stonewall riots, and the major impact that they have had on how we view Pride and police brutality today.

“For us to detach pride or LGBTQ+ activism from things like police brutality from racism would be first like an injustice to the folx who have been doing this work for so long,” Hendrickson said. “It’s also just an incomplete picture.”

Being active in protests and petitioning

The killing of George Floyd was a major tipping point for people all over the country, and even the world, to protest and stand by people of color in their neighborhoods and communities.

In addition to the focus on stopping police brutality, there is a major health disparity for LGBTQ+ people of color. People with these overlapping marginalized identities are likely to face higher rates of violence and are less likely to have health care. The Cut listed resources for helping people in these communities.

If you are able, protesting, donating and petitioning are ways to voice criticism and have the possibility of making real change in our society.

Taking care of your mental health

“Some of the data that we have about our students at CSU shows that they experience higher rates of depression and anxiety than non-LGBTQ+ people,” Hendrickson said. “One in four of our LGBTQ+ students at CSU has seriously considered suicide in the last year, which is 25%. That’s a lot. That’s a really high statistic that is really scary.”

In order to support students during this difficult time, the Pride Resource Center offers help to gay and transgender students.

“We have a few counseling center liaisons that we can specifically refer students to if they’re LGBTQ or have other types of intersecting identities,” Hendrickson said. “We want to normalize seeking help for mental health and seeking out community and taking care of ourselves.”

Lauryn Bolz can be reached at editor@collegian.com or on Twitter @laurynbolz.