Boulder musician Dave Tamkin gives back to the community 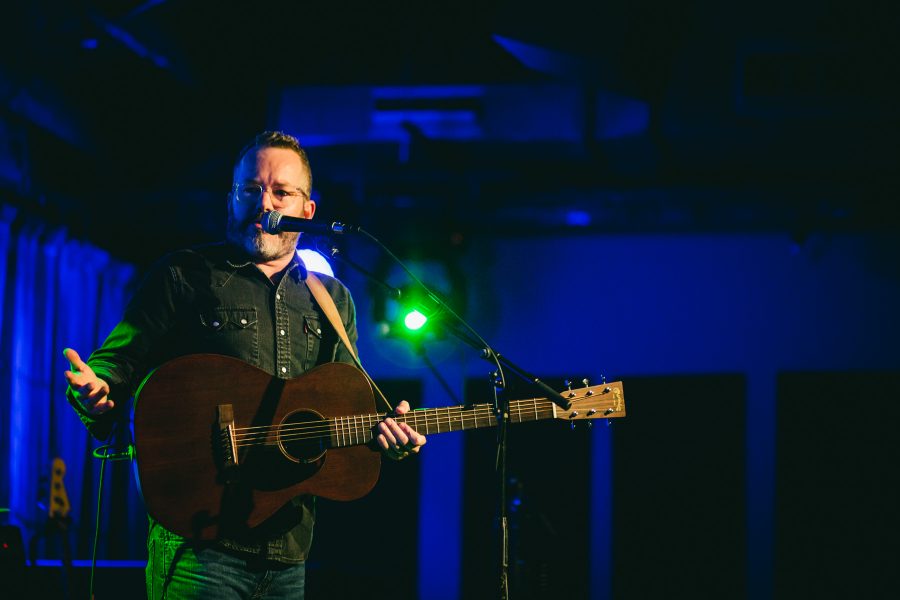 Boulder singer-songwriter Dave Tamkin’s latest single offers some wisdom while giving shoes to the Boulder Shelter for the Homeless.

Tamkin is an indie folk-rock singer-songwriter from Chicago known for his rhythmic, acoustic style and honest lyricism. Tamkin aims to donate a portion of funds raised from his newest single, “SHOES,” including Livestream performances, to help the Boulder Shelter for the Homeless afford socks and shoes to those in need.

“As people experiencing homelessness keeps growing every year since I’ve been here, for almost 12 years now, I just thought, ‘Maybe I could write a song that could help do something about it,’” Tamkin said.

Tamkin came up with the idea to help the Boulder Shelter after seeing the homeless population grow over the 12 years he has lived there. Having to pass by the homeless shelter, where a music store he frequented used to be, he would pass by the people waiting outside each day. Deciding there was something he could do to help, Tamkin remembered something his father used to tell him that helped inspire the theme of the song.

Growing up, Tamkin’s father would jokingly recite an old saying that said if someone was asking for money to look at the quality of their shoes to determine whether or not they were scamming you. Not taking this saying seriously, Tamkin’s father would help people as best he could without judgment. As towns like Boulder have a fair amount of wealthier residents, even thrift stores take in nicer looking shoes, which can be deceiving to some.

“It was different when I came to Colorado,” Tamkin said. “Everything around Colorado is really nice, like in Boulder, … so it’s not the same kind of feeling as when I was younger. After thinking about that I felt, regardless of what my dad used to say, give anyway.”

This idea would become the inspiration for the song’s theme of not judging people based on what you can see and instead focusing on your own journey and how you can help others.

“The more you can pay attention to what you can do in your life to help other people is where you need to focus,” Tamkin said. “So stop looking at other people’s shoes and focus on the journey in front of you and how you can make that journey better for others.”

“I don’t think any(one) should be judged by their shoes or their appearance,” said Tiffany Stamas, director of development at Boulder Shelter for the Homeless. “Certainly, people experiencing homelessness are frequently subject to judgment, and so it doesn’t feel fair that society can cast a judging eye due to someone’s current experience.”

Additional funds were planned to be raised by touring through Colorado, California, Utah, Oregon and Washington, but this tour was canceled due to the COVID-19 pandemic. Instead, they are raising money through livestream concerts, of which they have raised over $600 dollars.

“People experiencing homelessness have a hard time acquiring sturdy and waterproof shoes, so they’re … always something people are on the lookout for,” Stamas said.

According to RecycleNation, socks and shoes are among the most requested items at homeless shelters, as many homeless people are going to put a lot of mileage on their shoes. According to the Metro Denver Homeless Initiative’s 2019 Point in Time Report, there are over 600 people who are homeless in Boulder County, which also incorporates Longmont.

According to 2016 statistics provided by the City of Boulder, leading causes of homelessness in the city are a growing gap between income and cost of living and high housing costs with 31% listing inability to pay rent or mortgage as the cause of their homelessness.

Ty Davis can be reached entertainment@collegian.com or on Twitter @TyDavisACW

Editor’s Note: A paragraph has been modified for clarity.