Life with MaK shares experiences as an ASMR influencer 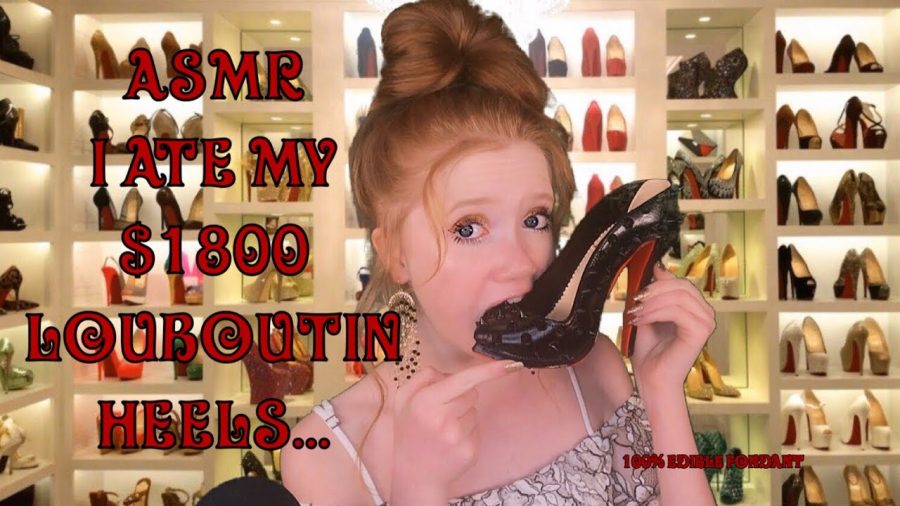 Makenna Kelly is locally known in Fort Collins as a creative person and a great friend to many at school. But online, millions of people know her as Life with MaK. Whether it’s eating an edible Louboutin shoe or dead crickets, Life with MaK always finds a way to entertain her audience through the popular and calming technique of ASMR.

The 14-year-old high school student currently has 1.6 million subscribers on YouTube, posting weekly videos of her whispering into a microphone, tapping inanimate objects, using ASMR to talk about beauty routines and more. Makenna first started her YouTube channel when she was 12 years old on Nov. 11, 2017, and she was inspired by the online ASMR community.

“I only had five subscribers, but I noticed that ASMR was a big trend, and I wanted to give it a shot,” Makenna said.

ASMR stands for “autonomous sensory meridian response,” which is described as a phenomenon that triggers a tingling sensation in the back of the neck. ASMR became a popular trend throughout YouTube in the past couple of years, and creators will softly whisper and create noises that trigger a sensory response to certain sounds.

Viewers will tune in to particular sensory noises such as crunching, whispering and tapping. ASMR can be viewed as a form of meditation or hypnosis, according to Psychology Today. It promotes relaxation, allowing the mind to shut down, and it can be beneficial for people who deal with anxiety.

“I like to think of it as my mom rubbing my back or my friends playing with my hair, how it gives me those goosebumps, and that’s what ASMR is but through a screen,” Makenna said. “ASMR can de-stress a lot of people, and it can help them relax instead of turning to alcohol or drugs. I feel like that is so cool because it’s through a screen, and it’s not something you’d expect to help someone so much. I will get DMs every single day saying I have helped (somebody) with their depression and anxiety. It means so much to me because I’m making someone’s life so much better, and I cannot be more grateful.”

Makenna’s first viral video that sparked her passion for video editing and content creating was an ASMR video of her eating a honeycomb.

I will get DMs every single day saying I have helped (somebody) with their depression and anxiety. It means so much to me because I’m making someone’s life so much better, and I cannot be more grateful.” -Life with MaK, YouTube influencer

Makenna’s passion for content creating and YouTube was also inspired by her dream of being an actress and pursuing her career in modeling. Makenna uses her acting skills to do role-playing videos as a spa worker, a cashier and any other creative scenarios she can think of — all in ASMR.

“My role-plays are my favorite because of the acting thing; I can portray a role and make a script that turns me into a whole new character,” Makenna said. “They are really fun because I love showing my creative personality and showing my goofy personality.”

One of her most popular role-playing ASMR videos is her impersonating a humorous flight attendant, which reached over 3 million views.

“I don’t even know how we came up with it,” Makenna said. “Something sparked in our minds. We bought all the props, and it was my first ever role-play, and people loved it. The sarcastic sense of humor — I am so sarcastic, and it fits perfectly.”

Makenna’s role-playing and ASMR videos spread quickly throughout social media on multiple different platforms, such as Instagram and Twitter, as memes. This helped spread Makenna’s YouTube videos to numerous people at once, making her a memorable figure in the ASMR and YouTube community.

Makenna’s videos are not only unique, but they are organized and created with a supportive team member: her mother, Nichole Lacy. Before every video, Makenna and her mother purchase props, write a script with funny one-liners and arrange costumes.

“She does a lot on her own,” Lacy said. “If there’s something she needs help with or if it’s props or switching stuff out, I will sit in there with her. Sometimes she prefers me not to be in there because it’s a more personal interaction with her and her fans. I’m most proud of the amount of confidence this has given her. You would think it’s the opposite, but it’s given her an outlet and opportunities that we wouldn’t have been able to do.”

Although Makenna is a popular social media influencer, school has always come first for her. Multitasking school and YouTube is balanced with a flexible schedule Makenna and her mother have both created.

“My mom and I have a little schedule, and I always get my homework done first,” Makenna said. “It’s a priority; gotta keep those grades up. When I get home from school, I’ll be like, ‘Let’s film a new video,’ and we will do a few a week.”

In Fort Collins, Makenna says she is recognized all the time. For Makenna, this is a great opportunity for her to interact with her fans.

“I get recognized a lot,” Makenna said. “I feel like everywhere I go at least one person will ask to take a picture, or a group of girls will see me and be all quiet, like ‘Oh my gosh, is that her?’ and I’ll always be like ‘Yes guys, let’s get a photo!’ and have a cute conversation with them.”

Makenna’s experience gaining a following on social media and becoming part of the YouTube community has not only been life changing, but has lifted her confidence. Makenna has been able to live her dream as a model walking on runway shows and posing for makeup brands.

“You will come across the hate; you (learn) to ignore that,” Makenna said. “It’s all a mind game. People are there to watch you, and you inspire them. You just gotta keep going no matter what happens and no matter how much hate you get. Strive through, and be thankful for what you have.”

Maddie Steele can be reached at entertainment@collegian.com or on Twitter @msteele3279.