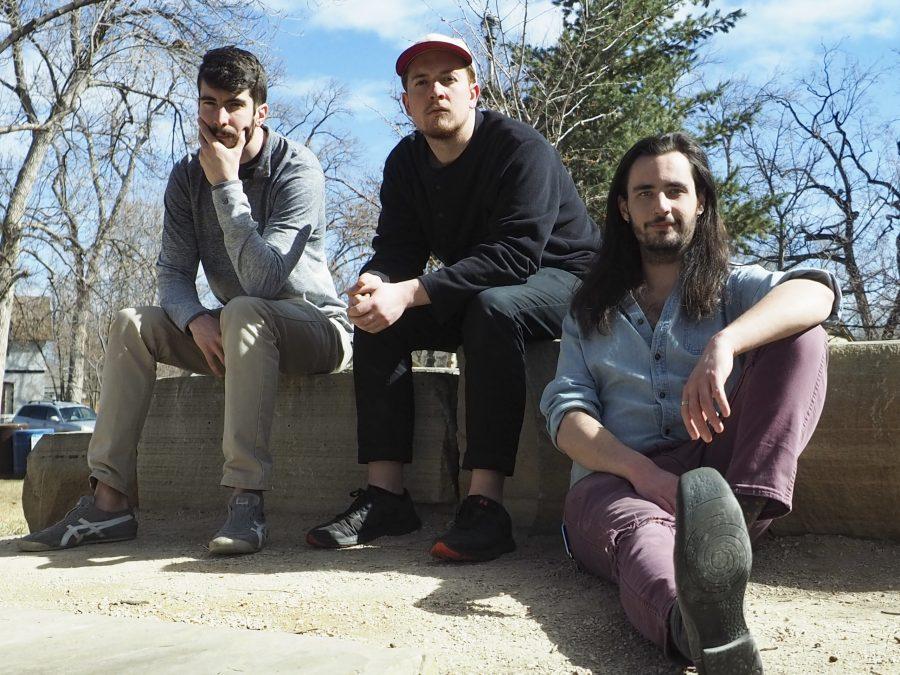 Darker, heavier and more consistent — these are just some of the ways Fort Collins band Chess at Breakfast said they have improved over the years.

Three years may not seem like a lot of time, but to an artist, it can mean a world of difference in style and philosophy. When it comes to developing style, artists are faced with several questions. Where do I go from here? Where do I go once I get there? And how do I get there without losing what made me popular?

An indie rock band in Fort Collins is like a Subaru in Colorado: usually so prevalent it’s not worth batting an eye at. But Chess at Breakfast is one of the few bands to gain a big following both in and out of this growing university town.

Chess at Breakfast is made up of Caleb McFadden (lead vocals and electric guitar), Justin Daggett (bass) and Mike Davis (drums). McFadden and Daggett had previous experience making music together, and Davis joined them later to form the trio in the summer of 2016.

The next year, the band released their first EP, “The Gutshalls,” an experimental alternative rock album that drew from the band’s cited influences like Pink Floyd and Queens of the Stone Age. Fast forward to three years later, and the band now has several singles, including a cover of Billie Eilish’s “Bad Guy.” They have played shows across Colorado, and they released their debut album “Wealthcare” in May of 2019.

Currently working on their second album, the band says they’ll continue with a darker aesthetic for their sound, but they are setting out to make a fully realized concept album.”

You’ll hear this dark, gritty, aggressive aesthetic on the album that skirts the edge of metal, with the sensibilities and directness of a classic punk album. Chess at Breakfast’s sound has gotten a lot darker and more politically charged, to which the band says their sound is only going to get darker from here.

“In a word to describe how the sound has changed, I would just say darker, thematically and musically,” Daggett said. “Especially with the music we’re writing now, we’re just getting heavier and darker.”

If someone has seen us 15 times and they come to this show, they’re not going to get the exact same show they’ve seen before. There’s going to be something new.” -Mike Davis, drummer for Chess at Breakfast

Despite what would seem to be a clear direction, Chess at Breakfast said there isn’t a lot of deliberation in the artistic direction for their music. They choose to go where they’re feeling and where their instincts take them.

“I think it was pretty natural,” Daggett said. “We were making an album in a time where Donald Trump was running for president, which was a pretty interesting time for everyone.”

The band says the focus on politics for the second album was moreso influenced by their feelings and how much the political climate was occupying their thoughts than a deliberate attempt to make political statements.

“It’s all you hear about really; it’s something you can’t get away from, and I don’t think we could get away from it,” McFadden said. “Even in our music, it’s just there, and it’s a force that we just have to deal with.”

Davis made a point to note that no people were mentioned by name in the album, and one focus was to pay special attention to the larger causes at work rather than specific people.

“There were definitely strong (references) to the president, but at the same time, the president is just a symptom of problems we’ve had for a long time, kind of a fatal symptom in a lot of ways,” Davis said. “With ‘Wealthcare,’ it had an anti-establishment vibe to it. The system brought us here, and we’re not okay with where we’re at, so maybe we need to break it down a little bit.”

But the last three years have not just been an evolution of the band’s sound, but also an evolution for the members as artists.

“I think musically I’ve improved my ability to just fill in the gaps instead of just trying to do as much as I can all the time and also just pure technical skill,” Davis said.

Davis goes on to say that practices and writing music are more free-flowing since the band has spent a lot more time around each other.

“I think I’ve seen the most improvement in confidence from performing,” McFadden said. “Even in daily life, just accepting things the way they happen, like messing up on stages, little failures like that, and just rolling with it.”

McFadden also said the group now approaches songwriting in whatever way they feel is best instead of adhering to an arbitrary structure. Daggett said he’s seen the greatest improvement in his technical ability, saying he tries to practice three hours a day, takes lessons, has decided to go back to school and (at the time the interview was recorded) will audition for the University of Northern Colorado’s jazz program.

Currently working on their second album, the band says they’ll continue with a darker aesthetic for their sound, but they are setting out to make a fully realized concept album. The band is also hoping to focus on performances, aiming to build a bigger following in Denver while also evolving their stage presence.

“With every show, we try to do something new,” Davis said. “If someone has seen us 15 times and they come to this show, they’re not going to get the exact same show they’ve seen before. There’s going to be something new.”