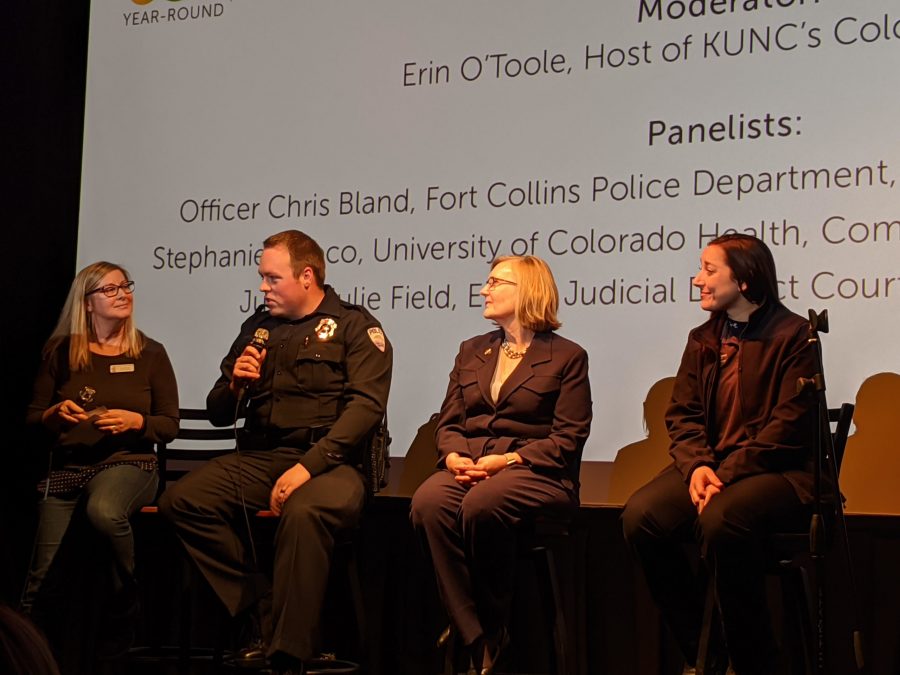 The ACT Human Rights Film Festival comes to Fort Collins annually to offer viewers a lens into greater social issues and, hopefully, raise awareness and action within the public.

Over the weekend, an impactful, truthful and fulfilling story of two cops that help people in mental crises touched the hearts of viewers at The Lyric Cinema as part of the festival.

“Ernie & Joe: Crisis Cops” is a touching and informative documentary on the real lives of these two cops. The film was followed by a panel with people from local health providers, the police department and the judicial system. The panel discussed what new and effective methods Larimer County and other surrounding areas are using to help those with mental and behavioral health crises daily.

The film shows and talks about the real and serious implications of those who are dealing with mental health issues. Ernie and Joe are crisis cops who work in the San Antonio Police Department. Together they divert people from going to jail and instead take them into mental health treatment.

The film goes into detail about the Crisis Intervention Team training that the officers receive to learn how to effectively work with people who suffer from mental illnesses and how to keep them safe. The film is touching and informative, capturing who Ernie and Joe truly are while doing a mentally and physically taxing job.

After the showing of the film, there was a panel discussion about effective ways to work with people who suffer from mental illness.

“I was inspired to hear how much thoughtful care and work is happening around mental health crisis intervention in Larimer County,” Beth Seymour, the managing director of ACT, said. “Our panelists shared their progressive approach and insights, and it made me proud to hear.”

The panel also discussed how conditions have improved due to a better understanding of how to deal with mental illnesses.

“We have been quite successful in the five and a half years; … we have reduced jail bed days for the people who are in our program by 20,000,” said Judge Julie Field, who sits on the 8th Judicial District Court bench of the Wellness Court.

The Wellness Court is designed to work with those who have recidivism because of their mental health issues and to make sure they have the resources they need to keep them well and out of the legal system.

The process is not only handled by those in the law system, but by those who work directly with mental health.

“I do the mental health piece,” Community Programs Coordinator for UCHealth Stephanie Booco said. “I will go out to do an evaluation, see what resources they’re connected to, what worked and hasn’t worked in the past and then we will get them connected to anything they can benefit from at that moment. It is a totally voluntary program, so we are never going to make someone engage who doesn’t want to.”

One of the more memorable aspects of the night was the optimism of the panel members to educate the audience and inspire action.

“We hope that all of the films ACT programs (inspire) audience members to learn more about important topics, to connect with one another and to find ways to get involved or make positive changes,” Seymour said. “We wanted to convene an open conversation around mental health and destigmatize talking about mental illness. ‘Ernie & Joe: Crisis Cops’ was a perfect film for this goal. We were touched and inspired by the film. It’s a story about the power of resilience and caring.”

The film captured just that and made the audience realize how important discussions about mental health issues are and how people can respond to these issues.