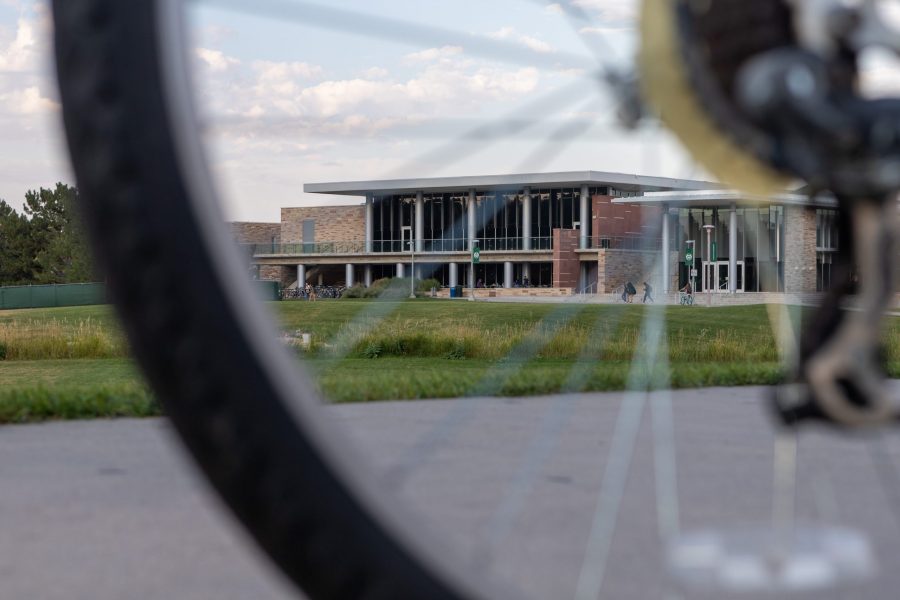 The Lory Student Center at Colorado State University is home to a diverse range of offices, theaters, galleries, ballrooms, pianos, and places for students to interact. (Brooke Buchan | Collegian)

Do you ever wish you were less stressed, slept better and had better focus? Yoga may be here to help.

Colorado State University is presenting a new six-week mindfulness series held by Lauren Ziegler, a yoga therapist and meditation coach who has been practicing and teaching since 2009. Ziegler has a degree in psychology with an emphasis in mindfulness meditation. The classes are open to students, faculty, staff and community members with the common purpose of cultivating overall prosperity.

Every Monday starting Feb. 24, members of the Fort Collins community will gather at CSU’s Lory Student Center to study skills and tools associated with improving stress resilience, focus, concentration, sleep and emotional intelligence. According to Ziegler, the meditation classes can also be used as a method of physical healing from tension or chronic pain.

Ziegler herself experienced pain relief through meditation practices. After enduring an accident while skiing, she developed chronic pain for seven years in her upper spine. She said meditation practice was the one piece that helped her heal.

“Doing other mindful movements, rest, everything else, didn’t help like meditation did,” Ziegler said. “I would sit and meditate, and I would get relief from that amount of pain. People I work with use meditation for pain relief and manage symptoms of sickness, chronic illness or even just tightness.”

Ziegler describes tightness held in our bodies as a form of energy we are using and burning through with the outcome being a feeling of depletion.

According to Ziegler, when we meditate, we recharge energy in our body and muscles. Mindful meditation is a space where, even if your mind is moving, your body is unwinding. Ziegler said the relief from tightness in our bodies happens over time, and this has a positive effect on our energy levels and can be used as a tool to be conscious of patterns we carry in our bodies.

Additionally, mindfulness empowers us to experience life to its fullest potential.

“Mindfulness is expanding attention to include sensation, thought and full experience in the present moment,” Ziegler said. “To become aware of those things, we can then do something about it, discover what’s there or change it if it’s not working out.”

Meditation has provided guidance and mental clarity for many people who practice it daily. Caleb Roderiques, a communication studies student at CSU, said meditation helped him focus on the things that really matter and helped him see himself how he wants to be.

Classes run weekly from Feb. 24 through April 6, except March 16.

The six-week mindfulness series will be broken into six parts, focusing on different elements each week: stress reduction, concentration, sleep, right-brain skills, stress management and focus. Ziegler decided to concentrate on these categories for important purposes.

“I’ve discovered it’s really hard to measure progress in meditation,” Ziegler said. “I’ve taught a lot of students and companies, and it seems throughout this experience, it comes back to these categories.”

Ziegler said she broke down the chosen categories into separate areas of focus because each section has distinct features. These features help to measure the progress happening during meditation.

“For example, in the classes in stress management, we talk a lot about nervous system regulation,” Ziegler said. “We use a lot of brain science to understand and then change (the stress response) physiologically. That happens over time. We can literally change the body’s reaction to stress.”

So, what kind of benefits can you expect from the six-week meditation series?

Ziegler said improved focus and concentration can be an expected outcome, as well as the ability to accomplish what you need to without becoming distracted, with the biggest benefit being growth in emotional intelligence.

“The right and left brain will start working together and becoming rewired differently,” Ziegler said. “(Students) can feel happier, have a better mindset, be more positive, be more patient and more compassionate and empathetic toward people.”

“If we’re just mindful of the thoughts and letting them go, if we’re not cultivating an attitude of kindness, acceptance and welcoming what we find, we won’t develop an inner attitude,” she said. “It’s a mixture of the mindfulness, the kindness attitude, as well as self-compassion. For true transformation, it’s a mixture of both of those.”

Paige Moorhead can be reached at entertainment@collegian.com or on Twitter @MoorheadPaige.