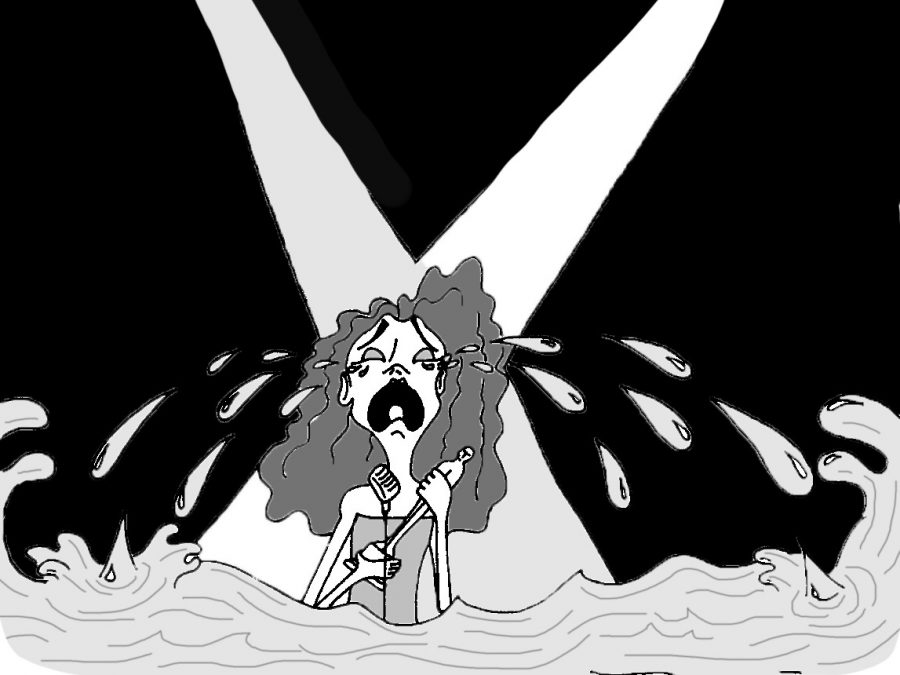 It’s Oscars season again: the one time of year that those of us who don’t follow professional sports are given an outlet to vent our unnecessarily pissy opinions on wholly arbitrary topics.

If you’re struggling to put your ballot together and are in the market for some tips about which films to watch in each category, here are our picks for the films that will be taking home gold on Hollywood’s biggest night.

Both movies display some of the finest, most innovative storytelling to come out of Tinseltown in years and are equally deserving of Oscar gold, but the drastically different reasons make it near impossible to compare them.

On the one hand, “1917” is a traditional film from a traditional genre, but it’s flawlessly executed. Mendes perfectly orchestrates the cinematography, setting, dialogue and special effects of the film in such a way that every element throughout the movie consistently enhances the film’s central purpose — creating a stark dissonance between war as audiences are accustomed to seeing it in film and war as it is actually experienced on the battlefield. That being said, the film is also standing on the shoulders of giants, and, while nearly perfect as a standalone piece, it only barely pokes its head above its predecessors.

Meanwhile, “Parasite” is something wholly new and is without a doubt the most innovative film. Joon-ho’s second-act narrative sucker punch and his ability to successfully see it through to a satisfying conclusion is nothing short of a revolution in Hollywood screenwriting conventions.

While “1917” packs in the most raw emotional power, “Parasite’s” ability to see its risky stylistic choices through to fruition makes it a far greater demonstration of artistic prowess, which gives it a leg up. Additionally, the Academy’s recent efforts to prove its open-mindedness and expand its recognition beyond the types of films it has traditionally favored, among which are war epics, will likely make voters more inclined to choose Joon-ho’s film.

Both ‘1917’ and ‘Parasite’ display some of the finest, most innovative storytelling to come out of Tinseltown in years and are equally deserving of Oscar gold, but the drastically different reasons make it near impossible to compare them.”
Best director:

Although Parasite was a more innovative film, nothing compares to the tightness of direction in “1917.”

People often ask why certain films get nominated for best picture but not best director. If the director is the person who oversees all the elements of production, wouldn’t it make sense that the best films of the year were the best films because of the choices made by the director?

What this question doesn’t take into account is how crucial the actual storyline and narrative progression is to the resonance of a film and how little the director actually influences this.

Best picture is chosen primarily based on the power of the narrative being told in the film. Meanwhile, best director is a reflection of how effectively the technical and stylistic elements of the film combine to enhance that story and its themes. This is done in isolation of the development of the narrative.

Thus, while “Parasite” boasts a more innovative and complex story, Mendes’ work on “1917” is the most technically and stylistically cohesive. As mentioned earlier, the movie is near-perfectly crafted, with every shot brilliantly reiterating the central paradox that lies at the story’s core.

From the one-shot camera technique, to the burnt out towns, barns and houses haunting each scene, to the gorgeous flaming climax, Mendes’ harmonious conduction of the film’s sound and imagery soars above the competition.

That being said, one can’t underestimate Joon-ho’s brilliant design of the Park family’s ritzy, dollhouse-esque mansion and the camera’s eerie, Kubrickian navigation of it, which may land him the statuette after all.

While ‘Parasite’ boasts a more innovative and complex story, Mendes’ work on ‘1917’ is the most technically and stylistically cohesive.”
Best original screenplay:

Will win: Parasite (or Once Upon A Time in Hollywood)

Admittedly, I can’t say for certain that “Parasite” will win the Oscar for best original screenplay. Indeed, if I’m being completely honest, all signs currently point to Quentin Tarantino taking home the trophy for “Once Upon A Time in Hollywood.”

This may be well-deserved, at least in terms of the effectiveness of the film’s dialogue. However, I don’t speak Korean and can’t say for certain whether the lines of Joon-ho’s script have the same kind of bounce and buzz as those in “Hollywood” when interpreted in their native language.

Tarantino has reigned supreme for 25 years, but there’s a new sheriff in town now, so it’s high time he hands his badge over.”

However, screenplays are more than just words. They are also the skeleton of a film’s story. While Tarantino’s harmonious, heavily subtextualized exchanges of meaningless b*llshit are fun to listen to, the plot of “Hollywood” is little more than Brad Pitt punching hippies (and iconic golden age film actors) and Leonardo DiCaprio stewing in self pity.

Sure, it has a fun and satisfying ending that makes the slog through the first two hours worth it, but it doesn’t have the same kind of magnetism as “Parasite’s” spaghetti-like maze of haphazardry.

Joon-ho’s film is a landmark in screenwriting — a script that seems to defy every single previously established principle and convention in cinematic storytelling, yet it still somehow manages to pull the stunt off. Tarantino has reigned supreme for 25 years, but there’s a new sheriff in town now, so it’s high time he hands his badge over.

Will win: Joker (or Little Women)

As with the race for best original screenplay, it seems my choice for best adapted screenplay is also at odds with the critics’ consensus, as Greta Gerwig’s “Little Women” seems to be a shoe-in for the trophy.

Admittedly, this is an opinion that I’m becoming increasingly more uncertain of, as Gerwig’s nonlinear structuring of “Little Women” did imbue the film with a very unique, powerful bleakness that is often lost or glossed over in previous adaptations of Louisa May Alcott’s classic story, and Gerwig gives the March sisters a distinct humanness that they are usually denied. That being said, the vernacular used by the characters is still inconsistent, which is a hefty blemish on the screenplay.

(Phillips and Silver) created a film that understood its inability to understand the extent of the Joker’s evil and, by extension, our inability as audience members to understand it ourselves.”

Meanwhile, the line toed between truth and fiction by Todd Phillips and Scott Silver in “Joker” is a commendable achievement. Making an origin story for one of the most notorious — and unquestionably evil — characters in American cinema is a difficult task to pull off.

The terror of Heath Ledger’s portrayal of the character in 2008’s “The Dark Knight” left a deep, and some might even argue dangerous, imprint on our cultural psyche that is difficult to explain or fully understand. So, to take that character and tell their story in a way that doesn’t come across as a justification or defense of their actions is tricky. But the way that Silver and Phillips blur the lines between Arthur Fleck’s real life and his villainous fantasies is nothing short of brilliant.

The awards for acting are easy to predict, considering there are only two nominees who truly “acted” in the roles for which they were nominated.

Zellweger displayed a keen understanding of and respect for every layer of the legendary performer’s psyche, revealing the deep-seated love for her art form that was hidden beneath the eccentric persona she developed throughout her life.”

First is Renée Zellweger, whose passionate and tortured representation of Judy Garland in “Judy” soared above the competition. Although the film as a whole was a bit of a flop, Zellweger’s brash embodiment of the Hollywood icon was a tour de force in the power of commitment.

Garland was the kind of loud and showy personality that can be very easy for an actor to caricaturize — embracing the dramatic exterior without paying any mind to the complex interior. But Zellweger displayed a keen understanding of and respect for every layer of the legendary performer’s psyche, revealing the deep-seated love for her art form that was hidden beneath the eccentric persona she developed throughout her life.

As with best actress, there is simply no competition in the best actor race, as every nominee other than Joaquin Phoenix is to some extent or another simply playing a slightly altered version of themselves.

The performance not only captures the delight the Joker takes in his gory acts of violence, but his unalterable naïveté toward the wrongness of his ways. It has no doubt earned Phoenix a place alongside Anthony Hopkins’ Hannibal Lecter and Robert De Niro’s Max Cady in the annals of silver screen villainy.”

The actor’s equally terrifying and pitiable portrayal of Fleck offers a gripping illustration of the fragility and unsustainability of our conception and definition of masculinity in modern America.

The way Phoenix accesses the seeming innocence and child-likeness of Fleck — the dark aura of whimsy that makes the evil of the Joker so much more sinister and incomprehensibly paradoxical — is nothing short of scarring.

The performance not only captures the delight the Joker takes in his gory acts of violence, but his unalterable naïveté toward the wrongness of his ways. It has no doubt earned Phoenix a place alongside Anthony Hopkins’ Hannibal Lecter and Robert De Niro’s Max Cady in the annals of silver screen villainy.