The Lyric reels in community with Denver Film Fest showcase 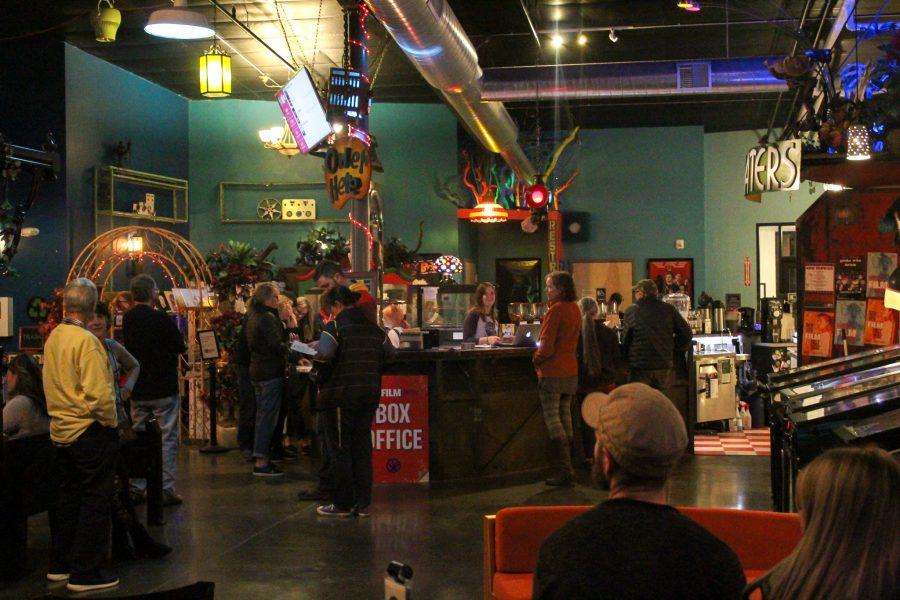 Movie theaters are like zoos. There is no other location in the modern world where mankind’s nature is put on such a stark, unmediated display — save perhaps for a toilet stall or an Osbourne family reunion — than in the darkened seats of a movie house.

The showcase of films from the Denver Film Festival at The Lyric this past week was a wild and wonderful exhibition of not only independent cinema, but the raw human emotions those movies inspire.

The festival, organized by the Denver Film Society, has been running since 1978, but it wasn’t until this past year when members of the society crossed paths with the managing director of The Lyric, Michael Putlack, that the flick fest decided to expand its exposition northward.

“I went to a conference in Michigan in June where I got buddy-buddy with some Denver Film people,” Putlack said. “(So I) told them, ‘Hey, this might be a good idea; if you guys want to have screenings up in Fort Collins, it would be a lot of fun, and I think our clientele would support it.’”

The films showcase an eclectic mix of styles and genres, ranging everywhere from Colorado-born documentaries on Alaskan ice-melting competitions to awards circuit darlings and everything in between. They are the kinds of movies designed to exhibit the full scope of cinema’s potential but are often left off the marquees of larger, more mainstream movie theaters due to their lack of commercial viability. As a result, their audiences are becoming more and more constrained.

They are the kinds of movies designed to exhibit the full scope of cinema’s potential but are often left off the marquees of larger, more mainstream movie theaters.”

“I think (The Lyric) inspires people who might want to make movies,” said The Lyric’s general manager, Kait Edwards. “Someone might see a Wes Anderson movie and think ‘Wow, I really want to make that,’ and they might not have been able to see that before if they hadn’t had an independent theater in their town to show it.”

This accessibility to independent cinema — not just the movies themselves, but an actual communal space to watch, enjoy and appreciate them the way they were meant to be seen — is a rarity in today’s world.

Streaming services such as Netflix, Hulu, Amazon and now Disney+ are beginning to slowly sink their claws into the exhibition side of film distribution, further reducing the number of people who go to theaters to see movies.

“Part of the magic in seeing a movie isn’t just the ones and zeroes that it’s now become; … it’s about seeing it with people,” Putlack said. “(Independent movie houses are) a place where people can go to have that experience, which, without us, they would just be sitting alone (watching a movie) in their rooms.”

By bringing the Denver Film Festival to the theater, The Lyric provides the opportunity for the community to not only see films that other towns and cities may not have access to, but also to engage in a unique experience that fewer and fewer people in our world get the opportunity to engage in: that of communal film watching.

Even the larger movie houses are becoming more isolated as they make their auditoriums bigger and their seats wider, fancier and more spread out to make the experience feel more individualized.

Part of the magic in seeing a movie isn’t just the ones and zeroes that it’s now become; … it’s about seeing it with people.” -Michael Putlack, managing director at The Lyric.

Events like the Denver Film Festival showings at The Lyric help to reconvene people and remind us of what it truly is that makes us love the movies. It’s not the shock and sensation they zap our brains with, but the sense of connectedness and community that they foster.

Indeed, this sense of community seeps through every aspect of the festival, including the actual production of the films themselves. As writer and star of festival entry “Frances Ferguson” Kaley Wheless explains, the community played an equally important role in the filming of that piece as it did in its exhibition.

“We met a lot of people in North Platte who were really just funny people who ended up being in the movie,” Wheless said. “One guy was doing a cross-country road trip and just stopped in for the audition, and one of the cops was someone we met in North Platte. So a lot of the (tone of the film) came from our just meeting interesting people, as you do in life, and bringing them in for moments that felt more light and funny.”

The communal atmosphere of the event makes it so that even if a film falls flat on its face, the experience itself wasn’t a waste of time because it still starts a discussion.”

“Frances” isn’t the only film that does this. The festival selections are steeped with a deep-laden sense of community. From “Classic,” the documentary about a small Alaskan town’s annual competition to see who can guess how long it takes the winter snow to melt, to “Kifaru,” the story of the caretakers for the last remaining northern white rhinoceros, it seems that everything ultimately comes back to the theme of our need for connection with people.

The films aren’t all winners. But that doesn’t matter. The communal atmosphere of the event makes it so that even if a film falls flat on its face, the experience itself wasn’t a waste of time because it still starts a discussion. When films are viewed in isolation, they become mere vehicles for changing one’s mood. They either make you feel better and were worth the time spent watching them or they don’t, in which case they were a waste of hours.

When experienced in a setting like The Lyric, however, movies become something new. They are no longer servants to your own personal whims, but rather a medium through which you are able to connect with your fellow audience members and your community at large.

Movies coax emotions out of people that they often keep hidden or that they might not even be aware of. And when those emotions are brought out in the presence of others, we realize that others don’t mind as much as we might otherwise think because they themselves are experiencing those same feelings. Thus, we become less afraid of facing, exploring and discussing what those emotions mean.

What kinds of emotions did the Denver Film Festival selections bring out? All sorts: not all great, but all worth taking the time to contemplate.