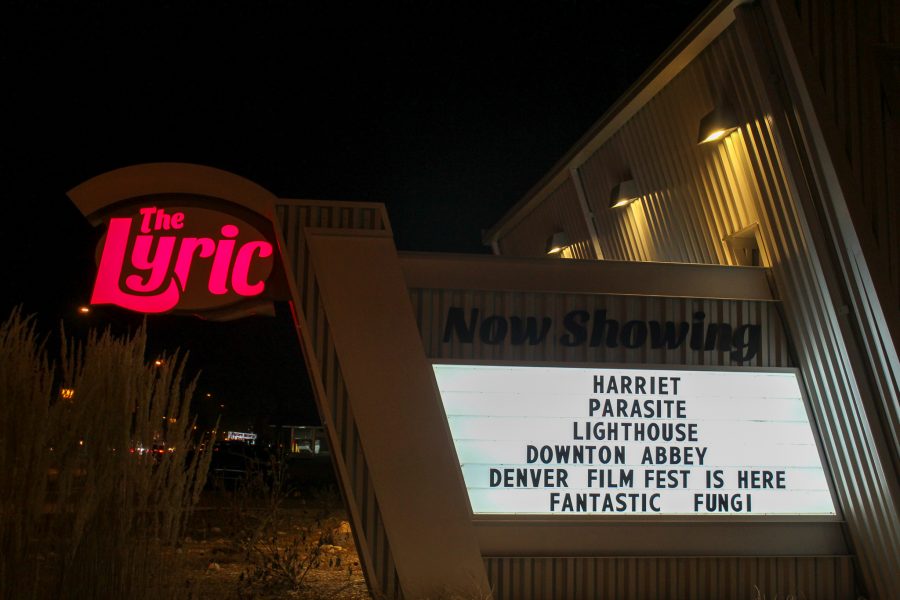 The Denver Film Festival offered some of the year’s most impactful, thought-provoking, infuriating and provocative films. Here is a dissection of some of the best.

Going to the theater to see “Frances Ferguson” is a little bit like paying $7 to stand in line at the DMV for an hour and 15 minutes. The film exquisitely captures the boredom, mundanity and general apathetic confusion of modern American life, just not quite as well as the actual boredom, mundanity and general apathetic confusion that we actually experience every day in our lives.

It isn’t bad, but that’s only because it isn’t good enough to make its audience care if it’s bad. Its indifference toward itself makes it the kind of low-stakes cinematic snoozefest that the film world — the scholars, critics and festival judges who have distinguished themselves as the authority on what denotes “quality cinema” — lauds over. But it ultimately just feels like a slap in the face to audiences. It’s the cinematic equivalent of someone holding your hand and telling you to stop hitting yourself.

There is a certain appeal to the drab and dreary style of mumblecore comedies like “Frances.” They give moviegoers the chance to turn their brains off and laugh at, albeit in a cynical and self-serving manner, the odd and idiosyncratic methods people in the modern world have devised to distinguish ourselves from our surroundings.

It isn’t bad, but that’s only because it isn’t good enough to make its audience care if it’s bad.”

Whereas the kinds of methods highlighted by most comedies of this type are arbitrary things like eating soup out of empty flower pots instead of bowls, sleeping on a giant bean bag instead of an actual bed or owning lots of cats named after 1980s rock stars, the means of rebellion the titular Frans employs are much more serious: namely, having an affair with a high school student.

Now, this premise, while shocking, isn’t problematic in and of itself. After all, it was this kind of a setup that, back in the 1960s, laid the groundwork for what would eventually blossom into the mumblecore genre, with the affair between Dustin Hoffman’s Ben Braddock and Anne Bancroft’s Mrs. Robinson in Mike Nichols’ “The Graduate.”

The difference is that “Frances Ferguson” doesn’t approach the topic with the same kind of intentionality as “The Graduate.” Whereas Nichols’ film explores the more serious repercussions of the affair, “Frances Ferguson” treats the incident as nothing more than a little bump along the road of life.

It’s a dumb but casual and forgivable mistake that leaves little more than a simple lesson learned in its wake. Like everything else in the movie, there’s nothing to suggest that it is something the audience should care about. It’s portrayed as just another thing that “may as well happen” to this woman.

But while this “may-as-well” mentality may be an acceptable justification for eating soup out of empty flower pots instead of bowls, it comes off as naïve, if not cynical, when used as the driving force behind an incident of sexual predation.

And it’s not death in the sublime, romantic sense that Hollywood is so fond of. It’s not death as a means of illuminating the joys of life by means of contrasting them with our bleak, inevitable end. It’s death as it actually exists — a slow, unforgiving, unyielding descent into that undiscovered country from which no traveler returns and all the macabre mundanities that elongate that grim journey.

It’s not a fun watch, but it’s one of the most impactful and heartbreaking cinematic pieces of the last decade.

This is in no small part due to the dynamite, Oscar-worthy performance given by leading lady Alfre Woodard, playing tortured prison warden Bernadine Williams. The warden must confront the grim and grisly nature of her chosen career after overseeing a botched lethal injection and having to navigate the impending execution of a Black man falsely accused of murder.

That kind of emotional baggage in and of itself is difficult enough for any actor to capture and convey onscreen. Add to it the stoic, straight-faced persona through which Woodard must express these emotions — her character hardly ever blinks, nonetheless screams or cries, until the last 10 minutes of the film — and it seems a near-impossible balancing act.

It’s not a fun watch, but it’s one of the most impactful and heartbreaking cinematic pieces of the last decade.”

Yet Woodard achieves it with seeming effortlessness, weaving the character’s expressions of these deep, suppressed emotions into the most subtle of places: a slight quiver in the deliverance of a line, a small twitch of the head or a quick sideways glance.

Woodard’s seamless acting is complemented by an equally strong performance from Aldis Hodge as the convicted inmate Anthony Woods, whom Williams has been put in charge of overseeing the execution of.

While just as stoic and silent as Woodard, Hodge brings out the intense desperation that Williams suppresses. While her character is illustrated through her subtle movements, it’s Hodge’s sudden, hopeless outbursts, dispersed sparingly but powerfully throughout the film, that bring him to life.

These outbursts are impactful, whether its bashing his head against the wall of his prison cell in an attempt to kill himself before the state gets the chance to; the slow, steady welling up of tears in his eyes as Woodard walks through, in a very straightforward, clinical fashion, the exact procedure that will be followed during his execution; or his final, tearful apology to the parents of the man he didn’t kill, delivered from his execution bed.

The raw, masterful blending of these characters’ stories and personalities by director Chinonye Chukwu is what ultimately makes the film so effective. While many other films about death pace themselves in a more traditional narrative form, falling and rising in a symphonic manner, Chukwu’s excruciatingly long, lingering shots keep her film on the same harsh, monotone chord throughout.

But it works because, once again, the movie is about death. And death is not a symphony. It’s the single, dark toll of a funeral bell. It’s a march in one single unchanging, uncaring direction downward: a Greek crisis drama for the modern age.

Chukwu takes the time to show the audience in fullest detail each and every step of the agonizing process that is capital punishment. Whereas other prison films often capture just enough of this painful procession to instill the audience with a general sense of melancholy, Chukwu lingers on every step, seeing each one through to its bitter end.

Never before has the actual process itself been put on such stark display. It’s always relegated to the background, the thing that drives the characters to achieve some deeper goal or sense of understanding, not the focal point of the film itself.

When society declares itself the ultimate arbiter of life and death, there is no escape from it. Chukwu’s film highlights how that mindset, and the institutions, laws and rules that it has led us to erect, ultimately holds us all prisoner.”

However, by making it the focal point, Chukwu highlights just how powerful and devastating the practice itself truly is. It’s something that all of the characters are prisoner to, not just Woods. It’s something they can’t escape from, nor can they change it. They have no choice but to continue acting as executioners, to continue struggling to justify their own atrocities and continue living in spite of them.

When society declares itself the ultimate arbiter of life and death, there is no escape from it. Chukwu’s film highlights how that mindset, and the institutions, laws and rules that it has led us to erect, ultimately holds us all prisoner.