The 5 scariest horror flicks for a Halloween ‘fright’ in 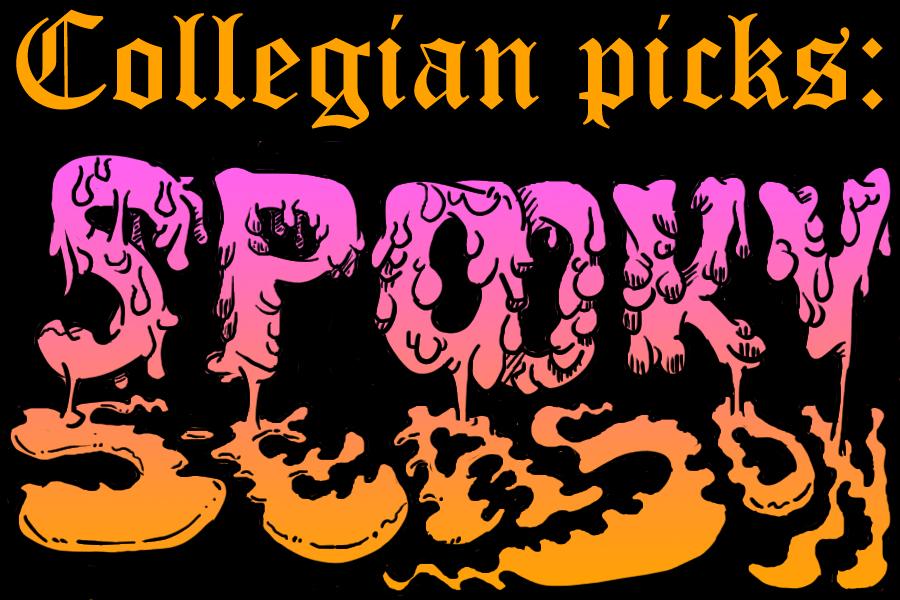 For those of us not social enough to get invited to parties, there is perhaps no Halloween tradition more sacred than sitting down in front of a mind-numbing screen with some nice mind-numbing snacks to watch a good ol’ fashioned mind-numbing horror flick.

If you’re in the market for some gore-fests to corrupt your young impressionable mind this Halloween, look no further! Here are five of some of the scariest horror movies of all time!

I think it’s the nose — or maybe the teeth — or the eyes. Or maybe it’s just everything about Max Schreck’s spindly, skeleton-like embodiment of Count Dracula (called “Count Orlok” in the film) that has so firmly cemented his place in audiences’ nightmares for the past 97 years.

Either way, in the near-century since its release, Hollywood has yet to match the sheer creepiness of this classic 1922 German film. Even as a silent flick, the movie still makes your skin prickle and keeps you wide awake, huddled under the covers clenching a baseball bat for many a sleepless night.

If you’re the kind of person who simply can’t bring yourself to enjoy the dated style of silent cinema, fear not. Werner Herzog’s 1979 remake, starring Klaus Kinski as the titular neck-biter, is just as clamped with frights as the original F.W. Murnau version.

Like it or hate it, or think it’s overrated, this Stanley Kubrick classic is the definition of what a horror movie should be: inspiring fear not merely through jump scares and an enigmatic narrative, but through cinematography and intricate production design as well.

“The Shining” uses every element of film to create a strange and foreboding atmosphere, the uneasiness of which can never be fully explained or grasped by the audience. It’s a perpetual mystery. This is primarily because, on the surface, there isn’t anything about the world of “The Shining” that seems to suggest it’s a horror movie.

It isn’t a world of shadows and creaks and snarling monsters (save, perhaps, for the dog-man in the film’s final sequence). Everything in this haunted hotel seems so real and so normal, and yet it still gives off a deep sense of wrongness that hangs over it throughout — a lingering spookiness that is never fully resolved and which continues to chew on the viewer’s psyche long after the first, second and even third viewing.

There is no single shot from any film so firmly ingrained in my memory than that of Susan Backlinie, as hapless skinny-dipper Chrissie Watkins, being wrenched and rattled back and forth through the water while shrieking “shaaaaaaaark” in the opening scene of Jaws.

While the robot shark may not have stood the test of time, the eeriness of the initial attack scenes remains unmatched in the annals of Hollywood horror flicks.

These scenes include the quiet, calculated underwater tracking shots through the legs of unsuspecting beachgoers; the disembodied head of a local fisherman popping out at Richard Dreyfuss’ Matt Hooper from a shark-bite-sized hole in the bottom of a fishing boat; and, of course, John Williams’ legendary symphonic score.

No, this is not an ironic entry. Despite its technical status as a kid’s movie, the faded, decrepit re-imagining of wonderland created by director Henry Selick in “Coraline” is terrifying in a real, genuine way.

It expresses a deep, universal fear that we possess: the fear of everything that brings us joy and security in life being exposed as nothing more than a lie. It’s the innocence and whimsical nature of the film that makes it so frightening. It takes the one thing that we can turn to in our adult lives for a sense of comfort and direction — our childhoods — and turns that into something just as dark, treacherous and threatening as the learned fears that plague us in our adulthood.

Add in the piercing, jaded chants of children’s choirs in Bruno Coulais’ haunting score, and you’ve got a surefire recipe for wetted pants across all age groups.

For some people, Halloween is a night of fun and festivities, with a few frights thrown in here and there just for good measure. If this is you, “Synecdoche, New York” might be one to skip.

In fact, if you are looking for any levity at all this Halloween, Charlie Kaufman’s dark, existential descent into the unreachable, ungraspable absurdity of the human condition is most assuredly one to leave off the watchlist.

Not even the elongated tracks through the hallways of the Overlook Hotel can hold so much as a candle to Kaufman’s endless, torturous unraveling of the psyche of Philip Seymour Hoffman’s Caden Cotard: a renowned theater director who is given a MacArthur Fellowship to produce a particularly ambitious piece of immersive drama.

It’s not a fun watch. But when it comes to scary movies, this is as terrifying as it gets. This is because the film cuts straight to the heart of what it is that we fear most: the unknown.

It’s not just our ignorance of what’s lurking on the other side of a shadowy door or at the end of a dark hallway. It’s our not knowing why we’re afraid of those things in the first place and if we ever had or ever will have what it takes to confront and overcome them.

The movie isn’t Halloween-y per se (hence its relegation to the bottom of this list), but it is without a doubt the most terrifying and unnerving tale ever printed on celluloid.