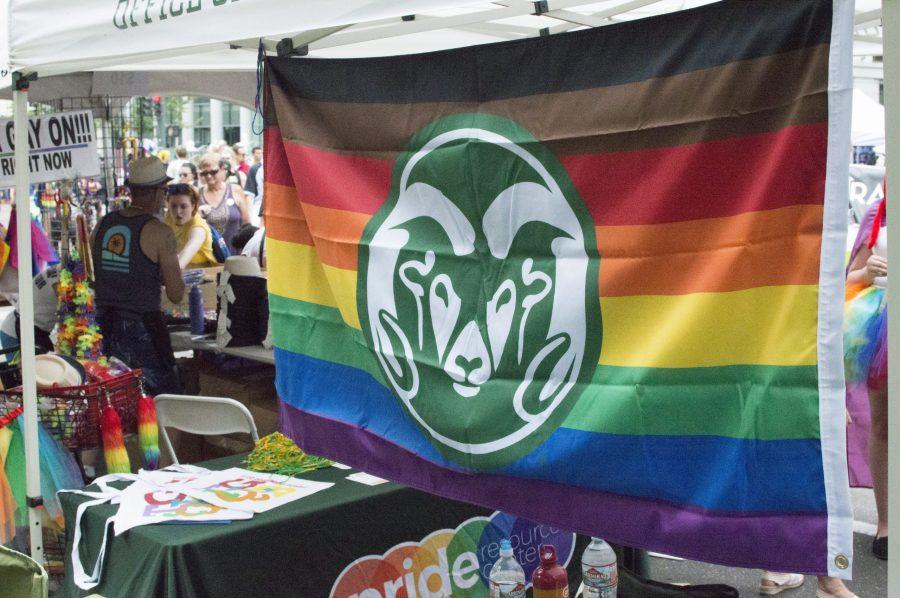 Editor’s Note: Some names in this article are fabricated to protect the identities of the individuals.

Dating back to 1987, Oct. 11 has remained a historical day for the LGBTQ+ community. It’s also known as National Coming Out Day. This year will be its 31st anniversary, serving as a way for LGBTQ+ identifying individuals to celebrate themselves, each other and the people in their lives who encourage them to live their truths.

All of October is LGBTQ+ History Month, which illustrates the work that has gone into preserving strength and connection in the community. It also remembers the significant historical figures that paved the way for the community today.

At Colorado State University, LGBTQ+ History Month will be celebrated through myriad events hosted by the Pride Resource Center, which includes the PRISM Drag Show on Oct. 20. The Pride Resource Center will be hosting a celebration for National Coming Out Day Oct. 10 in The Plaza from 10 a.m-3 p.m., and KCSU will be featuring a National Coming Out Day show for students to share their stories Oct. 11.

As members of the LGBTQ+ community with a platform to share their experiences, a few reporters at the arts and culture desk had some things to say about their respective journeys with coming out.

Coming out for me was kind of weird and had a few false starts. In high school, I always kind of felt weird about sex and sexuality, especially with my self-identification. In my junior year of high school, I came out as bisexual but still felt super uncomfortable with pigeonholing myself into a pre-defined role in the LGBTQ+ community. As I grew older, I definitely stopped caring about my sexuality, and it became vaguer to me. I was still very self-conscious and always had this internal struggle with feeling like I “wasn’t good at being gay.”

Finally, this year, I realized that I wanted no part of my gender or sexuality to exist on a binary. I don’t want to be treated like a male just because I am male-passing, and I don’t really want people to refer to me as such. I’ve since become a lot more comfortable with my sexuality and gender identity. I currently identify as gender non-conforming/non-binary, and I treat my sexuality the same way. I actively use both they/them pronouns as well as he/him pronouns, but I prefer they/them.

Perhaps the most difficult thing about accepting myself and my sexuality was the constant bi-erasure that I projected on myself. It was an extremely hard thing, and I was always beating up on myself for having more heterosexual relationships than non-hetero relationships. I think it’s super important for people to understand that who you’re with doesn’t make you who you are. Coming out and accepting yourself is an incredibly scary thing, but learning to accept yourself is one of the biggest hurdles to jump in the process.

Coming out is definitely a process — people really don’t talk about that. It’s like, “Okay, my friends in college know, but now I have to tell my family and friends from home, and everyone is gonna know this thing about me.” For some reason, it’s so much easier for me to admit being bisexual to new friends rather than friends or family that have known me my whole life (those damn “I knew it!” comments).

So far, it has brought me so much closer to my friends in college. We can joke and talk candidly about ourselves with literally no feelings of discomfort, and the best part is, I don’t have to explain myself. Throughout this experience, I’ve also come to understand I’m incredibly privileged. It really makes me want to bolster the voices and support those who aren’t in a position to come out or who aren’t yet in a place mentally where they feel they can.

Since I’m able to have a platform to say these things, I think it’s important to note that a lot of voices have largely been left out of the conversation when it comes to remembering history. Trans women of color, in particular, were at the forefront of LGBTQ+ liberation in its beginning stages, and they should be recognized as such.

Coming from a religious background, and being deeply spiritual myself, I had a hard time accepting my sexuality — or any sexuality, for that matter. I always thought that it meant you had to be bi, trans, gay or lesbian; I wasn’t any of those, but I also knew I was different from my peers.

It wasn’t until my sophomore year of high school that I heard the term “asexual” (which, if you don’t know, means feeling no sexual attraction to any gender). I knew almost immediately that it sounded like me, but I rejected it for a long time.

When I tried to talk to my parents about it a year later, I was immediately talked down for “mislabeling myself” and “trying to be special.” I kept it to myself, feeling really isolated and confused for a good chunk of time in high school.

Finally, I came out to a close friend of mine. She was so supportive and accepting. It really encouraged me to be honest with myself. Slowly, I opened up to other people around me, and I finally felt free. There was no shame or fear, and even though my parents never really gave credit to my identity, I discovered such a stronger sense of community with my peers. Since then, I’ve felt like myself at last; I’ve found other people like me and regained my voice. It’s been a long, terrifying process, but I couldn’t be happier with where I am now.

The arts and culture desk can be reached at entertainment@collegian.com.