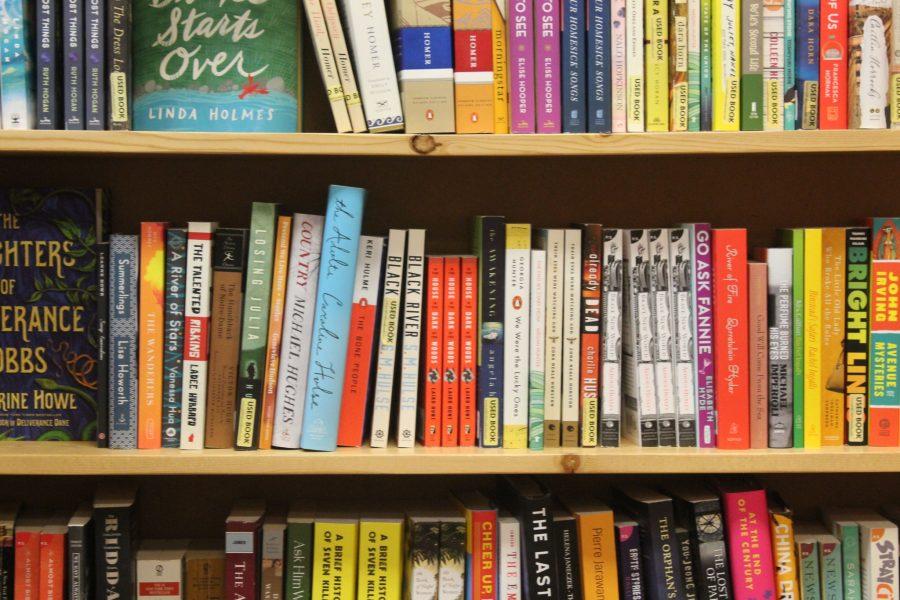 Fort Collins book lovers were given a treat this weekend as 10 venues opened themselves for discussions and performances by local and international authors.

The fourth annual Fort Collins Book Festival sought to bring attention back to the world of written word through community connection. “We not only bring in international and nationally acclaimed authors, we also embrace our local literary community,” said Peggy Lyle, the event coordinator for the festival. “We have over 30 authors here locally. We actually had a waiting list. It’s fabulous for us to see that the writing community feels that they have a scene here.”

The festival treated attendees to panels, performances, food and drinks.

The theme this year was “Food for Thought,” focusing on the ways in which literature and food are intertwined and bringing in authors who have written or worked with food. This theme was picked as a homage to the history of Northern Colorado and the Fort Collins area.

“Fort Collins was established as an agricultural area,” Lyle said. “When you look at the Indigenous population, they were foraging along the Poudre River, and later on, there were all sorts of farming and ranching in the area. That’s why we have the Colorado Agricultural College, which became (Colorado State University). I think that because we’re picking themes that resonate with our local community, the festival is resonating with our local community.”

Although online recipes and cooking demonstrations have come into the forefront in the past few years with the prominence of video sharing, books remain popular.

“We still buy recipe books; we still look at the history of food,” said Anne Macdonald, co-chair for the festival. “We still communicate through books. People in the library have come back and said they want a book because they tried a recipe on the internet, and maybe it wasn’t quite right.”

Some panels discussed the importance of food, especially local food and the historical ways in which it was made, to a shared culture.

“Your food in your area, your plants (and) the way you live here is really part of who you are,” Macdonald said. “So if you start eating it and cooking it and being a part of it, then it’s just a different way of looking at plants and looking at your environment.”

With 10 venues and events going on at all hours of the day, the Book Fest was all-encompassing. Chefs took to the Ginger and Baker teaching kitchen to educate festival-goers on methods of cooking, the Old Town Library had cookbook sales, the New Belgium Brewery hosted panel discussions about culture in craft brewing and Old Town Square heard readings from student writers enrolled at CSU.

“We have a variety of ways that people can engage,” Lyle said. “They don’t just have to go listen to a lecture.”

The fact that so many events were going on in so many places was a source of pride for the organizers.

“We’ve grown so much since our first year,” said Melissa Beavers, a volunteer with the event. “We used to have four venues, and now we have 10.”

All of this was built on a relatively simple goal.

“We just wanted to have a book festival in Fort Collins,” Macdonald said. “Our goal was to make a nationally recognized book festival. We’re on that trajectory; it’s grown every single year.”

The Book Festival was put on by the Poudre River Public Library District to drive community interaction and connection.