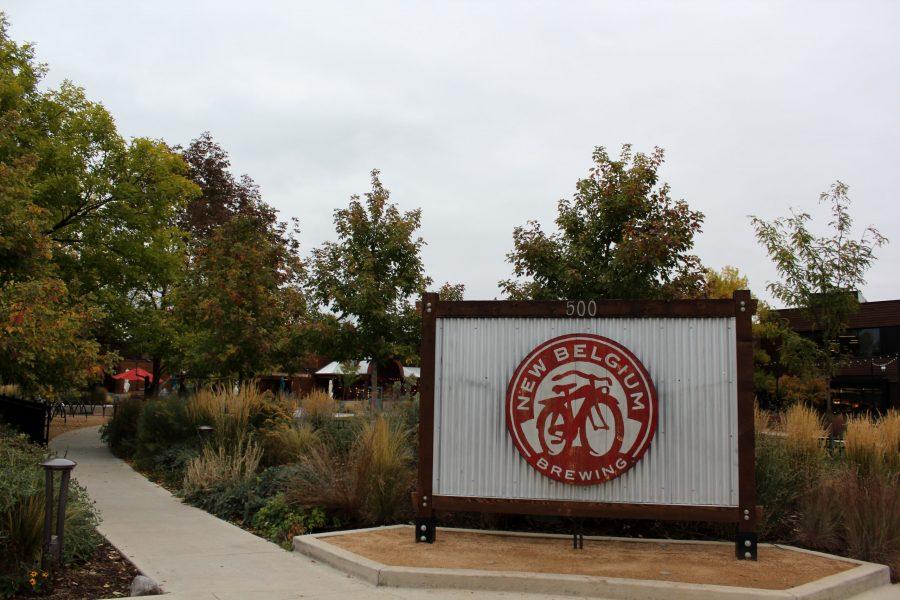 New Belgium Brewing Company hosted a series of bike-in screenings that encouraged guests to ride in on their bikes to watch a movie at the New Belgium Brewery. The screenings take place in the brewery’s front lawn area, where guests can take a seat on the lawn or patio or grab a drink inside at the bar area.

According to New Belgium Brewing Company spokesperson Leah Pilcer, the Summer Bike-In Cinema Series began 15 years ago after an employee was inspired by the Holiday Twin Drive-In on Overland Trail. New Belgium Brewing partnered with Wolverine Farm on the Summer Bike-In Cinema Series in 2010 after giving Wolverine Farm their initial grant.

“Our partnership with them is very special to us, and we want to continue to support them in our tight-knit arts community,” Pilcer said.

This year’s partnership is part of a series of fundraising events throughout August to help Wolverine Farm afford their location at 316 Willow St.

According to Wolverine Farm founder Todd Simmons, around $65,000 has been raised as a result of the partnership.

I think it’s awesome. Having local businesses support each other is what makes Fort Collins great,”-Joelle Goodwin, audience member.

“It’s a great fundraiser for a nonprofit, and we’ve been working with New Belgium since 2004, so it was a natural progression of our collaboration,” Simmons said.

Simmons said collaborating on a creative idea was helpful for community outreach.

“After our involvement with the Tour De Fat ended, it was another great way for us to work with New Belgium, as well as raise some much-needed funds for our literary outreach efforts,” Simmons said.

With a nearly full lawn, dogs in attendance and food trucks, many audience members appreciated the last night of the bike-in outdoor films.

“I love that it’s a family friendly and dog friendly event,” Goodwin said. “But just to get the community together in the middle of the week is a great thing.”

Ty Davis can be reached at entertainment@collegian.com or Twitter @tydavisACW.