First rapper to take on RamFest Jay Rock-ed the LSC 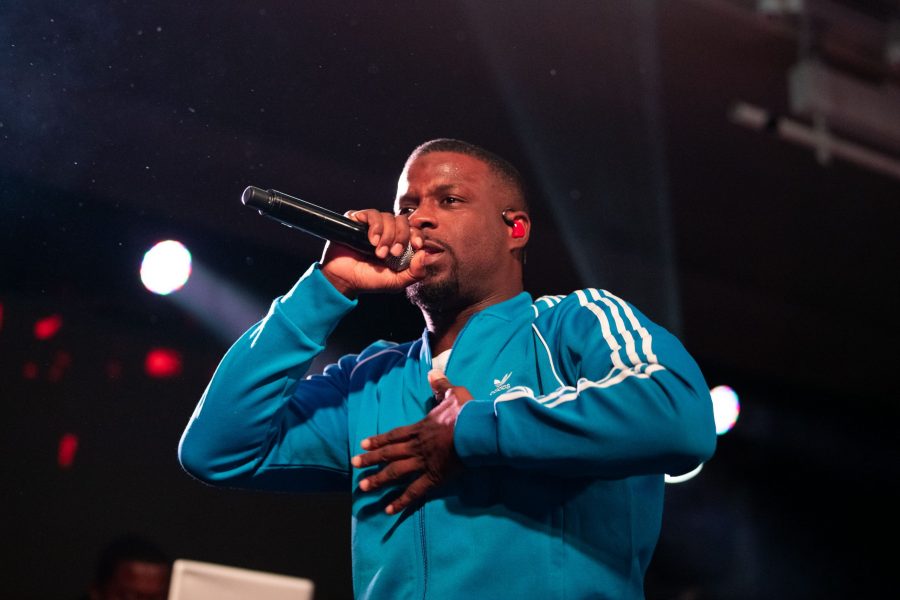 Jay Rock, a Grammy Award winning artist who has worked with well-known musicians, such as Kendrick Lamar, Future and James Blake, rocked the Colorado State University campus on Sept. 22.

Rock is the first rap artist to perform at RamEvents’ campus-wide celebration, RamFest. The concert at the Lory Student Center was opened by Destiny Rogers, an R&B artist from California, who has worked with Bruno Mars and Cardi B.

The concert kicked off with a few quick words from the RamEvents programers, who spoke about the importance of the rapper’s performance as they continue to grow their repertoire of performers.

Rogers took the stage and performed a mix of her songs and a few covers to get the crowd excited.

“I didn’t know who she was, but after hearing her, I liked it, and she was a good artist with good energy,” said a concert attendee.

Shortly after Rogers finished her set, Rock took to the spotlight. Rock came onto the stage, making it clear he wanted to have a high energy show by starting off with his popular song, “The Bloodiest.”

It was a great event. I’m glad they could bring something like that to the students and that they could get an artist this big just for CSU.” – Denzel Williams

After playing a couple of his newer releases, Rock returned to his roots, performing some of his older songs such as “Hood Gone Love It” and his feature on Kendrick Lamar’s “Money Trees.”

“It was a really good experience,” said sophomore Denzel Williams. “It had a lot of energy. It was crazy. I love the TDE (Top Dawg Entertainment Label); he was performing a bunch of that and Kendrick Lamar songs.”

As the show started to come to an end, Rock saved his best for last. Before performing “Kings Dead,” his Grammy Award winning song, his DJ announced to the crowd that it had just hit Triple Platinum certification. He played his hit song “Win” before saying his farewells.

“It was a great event,” Williams said. “I’m glad they could bring something like that to the students and that they could get an artist this big just for CSU.”

Jay Rock delivered a strong performance that will raise the bar for future RamFest events.

“If they can repeat this, I would love to see it and would come back again,” said sophomore Aidan Rowland.

Students at CSU are looking forward to the next RamFest and to seeing what other artists RamEvents can bring in.