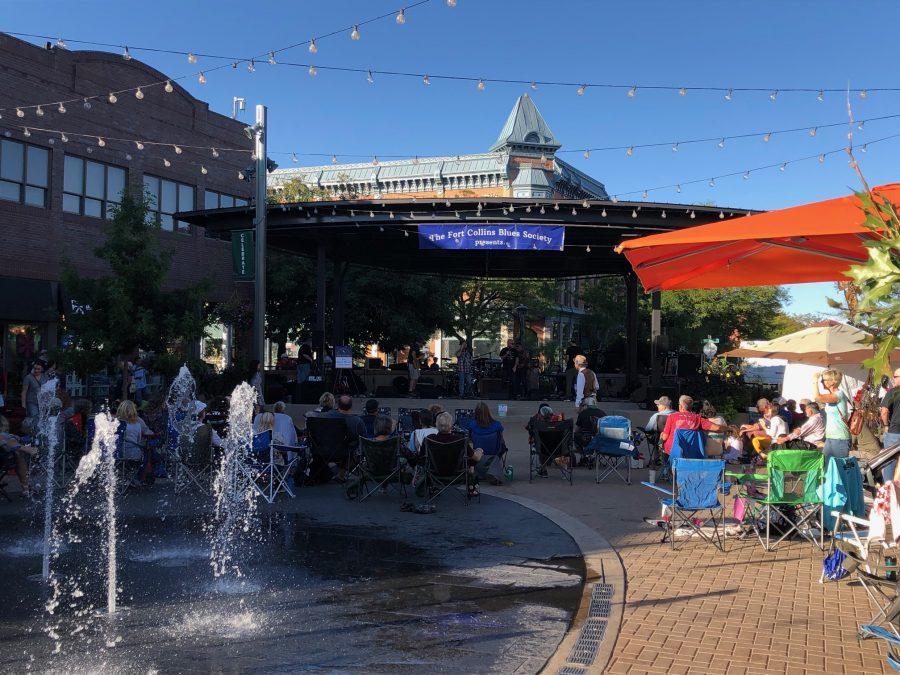 The Fort Collins Blues Society gave locals the end of summer blues this past Sunday for Blues in the Square.

FOCOBS puts on Blues in the Square as a way to celebrate blues music in Fort Collins. The nonprofit organization has now been around for about four years and has accumulated around 400 members. In addition to hosting fun events in the community, FOCOBS focuses on educating, promoting and teaching others about the rich history and harmony of blues here in Fort Collins.

“It all began when a few of us were sitting around after a jam and wanted to organize our passion for blues,” said Steve Price, president of FOCOBS. “Our message is to promote live blues. We wanted to bring regional and national groups to do blues education in schools and other opportunities.”

FOCOBS has helped start the blues community in Fort Collins by creating an arena for professional and amateurs to gain talent and voice their story.

“Blues music is a wonderful blueprint for people who want to voice their struggle out there,” Price said.

Sunday’s Blues in the Square event highlighted a lineup of blues bands, opening with the Dave Dardine Project, followed by several other groups like Blues Behind Bars, Johnny Johnston and the Grace Kuch Band throughout the evening.

“If the blues had a baby, it would be called rock and roll” – Steve Price, FOCOBS president.

Festival-goers gathered around the Old Town plaza and were given a taste of all different styles of blues that ranged from soulful harmonica riffs to some upbeat rockabilly blues.

“I’m a fan of blues music: started falling in love with it after a while,” said Keith Michael, one festival-goer.

Blues in the Square isn’t just free public music — it’s a way for up-and-coming performers to jump start their musical careers and hone their talents.

“I started to learn blues from my teacher,” said Grace Kuch, a member of the Grace Kuch Band. “Then afterward, my mom recorded me playing, and a blues festival promoter contacted us. They wanted me to play for them, and that’s how it all started.”