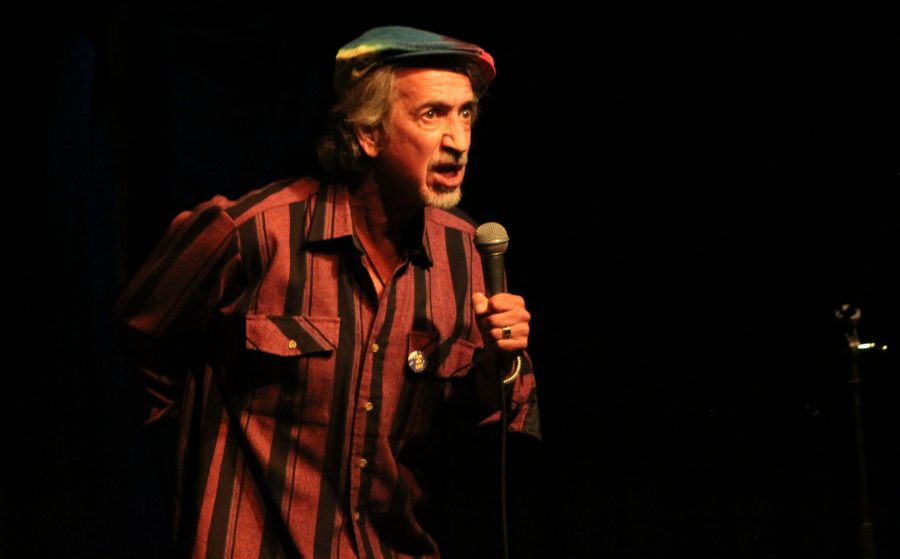 On the last Sunday of every month, Avogadro’s Number, a staple in Fort Collins culture and cuisine, hosts Slamogadro, an evening of poetry open to the entire community.

Within this space, poets of all ages, styles and experience are encouraged to present their works to the crowd and even compete for a top spot and prizes ranging from cash to punch cards for local businesses.

The event is hosted by Kim Pannell, a Colorado State University student to whom the Slamogadro torch was passed after being a regular at each event. Her charming demeanor and ability to engage with the crowd offers a fun experience for audience members as well as the poets.

“It’s just a really welcoming, intimate environment with a bunch of different artists and poets in town that want to come and share their heart,” Pannell said. “We don’t have a time limit on your poem, so you can just go up there and read.”

Poets are encouraged to compete in the three-round elimination judged by audience members selected at random. With competition being optional, poets are also encouraged to just hang out and engage with the community.

It’s just a really welcoming, intimate environment with a bunch of different artists and poets.”-Kim Pannell, host of Slamogadro.

Those competing in Sunday’s competition brought poems of all styles and lengths. From free-form to hip-hop influenced manifestos, each poet brought a strong sense of individuality and aided in creating an intimate and supportive atmosphere.

Christian “Kronos” Perez and McCartney Ridge were two of seven performers at the slam, both bringing styles heavily influenced by hip-hop and new-age poetry. Perez’s poem, “Resurrection,” captivated audiences as he spat lines that demonstrated humility and hope.

“It does stem from ancient knowledge … that we are going back to nature, and we are more conscious of that currently,” Perez said.

The poem speaks of a time beyond wars and, with Perez’s intentional inflection, encourages audiences to consider the chance to create something new and better.

“’Kronos’ is an homage to that itself, to time in a cyclical sense, not so much a man-made (thing),” Perez said.

Slamogadro is hosted at Avogadro’s Number on the last Sunday of every month.

Ridge’s poem, an untitled piece that translates a sense of personal accountability, brought the audience into his perspective of the future and how hopeful he is for it.

“I love the first line that’s like, ‘I dropped my self-criticism like my last cigarette,’” Ridge said.

In a similar style to Perez, Ridge demonstrates a keen understanding of rhythm and language as he allows his message to resonate with listeners.

Slamogadro is an event that encourages artists to lay their swords down and become their most vulnerable selves. The environment that Pannell, the poets and the audience make is a truly safe space for all levels of self-expression. Regardless of skill, experience or style, Slamogadro is a supportive and fun space for poets and fans alike.