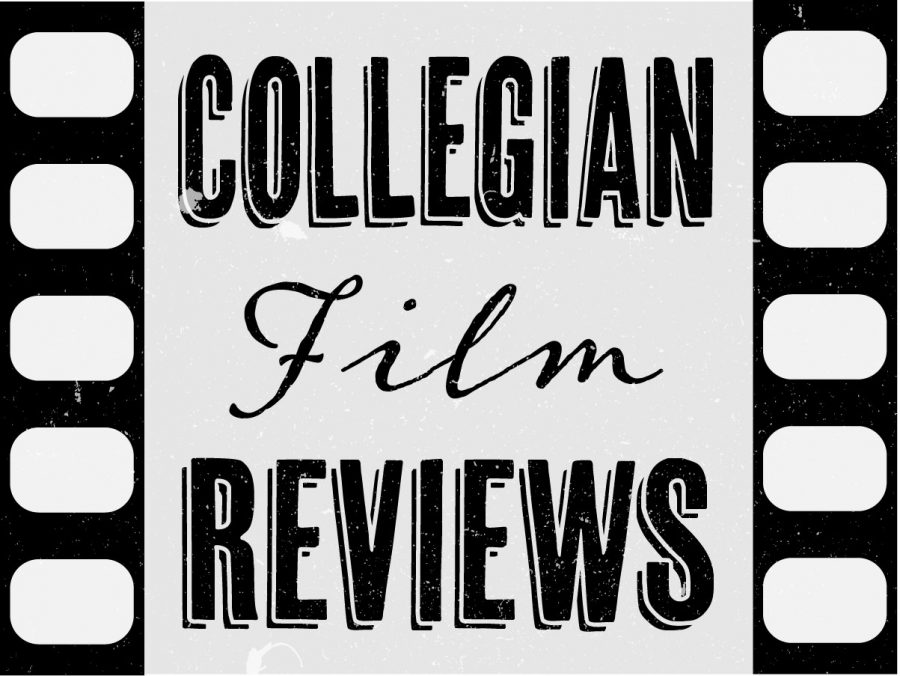 Space is the final frontier — a vast, black, swirling expanse of limitless possibilities. Yet despite its endless creative potential, mainstream Hollywood simply can’t seem to conceptualize the cosmos as anything other than a land of muted, Rothko-esque interiors populated by monotone, jump-suited robo-people with the personality of a wet saltine.

Unfortunately, Tinseltown’s latest sojourn into the genre, 20th Century Fox’s “Ad Astra” starring Brad Pitt, is no exception to this rule. The film is a sluggish retread of every space exploration trope hurled at the audience in an apparent attempt to hide the film’s lack of any underlying purpose, theme or emotion.

Brad Pitt stars as Roy McBride, a boring, mopey space dude tasked by the U.S. government to travel to Mars. His mission is to make contact with his rebellious father, played by Tommy Lee Jones, who has unleashed a powerful surge that now threatens Earth’s technological infrastructure.

The problem with “Ad Astra” is that it doesn’t know where to go from its solid starting place, and so tries to go everywhere all at once — making the film a haphazard slop that’s part “Alien,” part “Moon,” part “Interstellar” and part “The Martian”…

The premise is an interesting one. It’s nothing new, but that shouldn’t stop it from being a quality film. The problem with “Ad Astra” is that it doesn’t know where to go from its solid starting place, so it tries to go everywhere all at once — making the film a haphazard slop that’s part “Alien,” part “Moon,” and part “Interstellar” but never adds up to anything unique.

This confusion is caused, in no small part, by the poor development of Pitt’s character, who spends the whole film gravitating back and forth, both literally and figuratively, between various archetypal extremes.

On the one hand, he’s a quiet, brooding Rick Blaine type, whose power comes from what, he doesn’t say. This could be compelling, as quiet characters keep the audience in suspense. However, Pitt’s silence is underscored by constant, pseudo-philosophical voice-over monologuing — explicitly stating his thoughts on his situation throughout, robbing his stoney exterior of its mystique and power.

In addition to this soft-spoken, cool guy mystique, there are also several points throughout the film where Pitt drifts into an almost Bond-esque persona. For example, after boarding a space shuttle he’s been barred from traveling on, the character fatally stabs his fellow crew members, much like his father had done before him.

The problem here isn’t that the character does something out of step from his canon persona; it’s that it doesn’t affect the character more as the movie proceeds. He goes straight from violent rogue immediately back to his unassuming Hamlet-type. The event is shocking in the moment but doesn’t change the trajectory of the story in a way that justifies that shock. It’s treated as almost a non-issue: a momentary lapse of sanity inserted for the sake of giving the audience a thrill and nothing more.

There is also a distinct lack of any underlying motivation in Pitt’s character. The external drive is clear; he wants to find his father. However, the film never provides the audience with a solid sense of what this relationship actually means to the younger McBride, or why this rescue mission is so significant. It’s clear he is conflicted about his feelings toward his father, but this is a given in any parent-child relationship. What makes a story unique is how it exposes the source of this inner conflict, something “Ad Astra” fails to do.

Instead, the nature of Pitt and Jones’ relationship remains a hazy mess throughout. Thus, when the film adds twists and turns to the two characters’ understanding of one another (such as when Pitt learns that his father is actually a murderer who killed the other members of his space fleet), they don’t resonate as deeply. Since there’s no indication of what the relationship meant to Pitt beforehand, there’s no way to understand how this new information has changed him as a person or furthered his character arc.

The central problem with “Ad Astra” is the lack of correlation between the choices the characters make and the impact of those events on the story as a whole. They impact the plot but not the people. McBride’s choices and emotions aren’t compelled by the discoveries he makes throughout the story but instead are simply a means of setting up the next plot point.

This causes the film to come across as a confused and cacophonous collage of haphazardry. We don’t know what it is that makes this character feel what he feels, and thus it is difficult for us as the audience to relate to his struggles or empathize with his plight.

Although outer space and daddy issues should provide a strong springboard for a gripping and entertaining story, “Ad Astra’s” commitment to thrilling and eye-catching visuals over narrative cohesion leads it astray from achieving its full potential, making it nothing more than a visually striking but forgettable experience.