4 ways to get along with new roommates 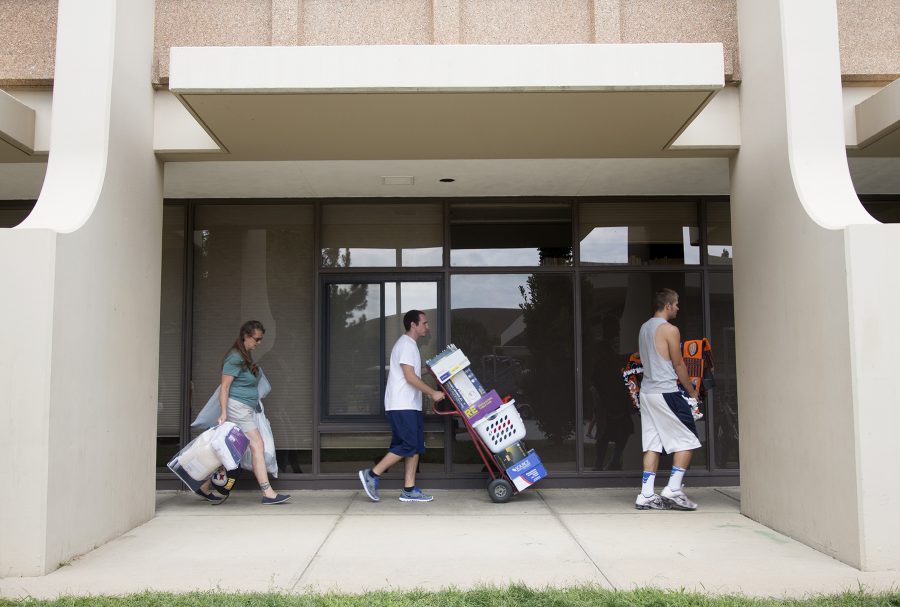 During move-in, students are due to experience a lot of things that they may not have experienced before. For freshmen, it may be the first time they’ve lived anywhere other than with family, let alone with an individual who is essentially a stranger. Even for students further along in their education, cohabiting with a new person can be fraught with intense awkwardness or minor annoyances.

For dormitory life, Colorado State University provides a system for students to pick their roommates through RoomSync early in the summer. Despite this, move-in day is likely the first time that the new roomies will meet in person. Off-campus, websites like Craigslist can bring in new tenants quickly but still creates the situation of living with a stranger.

Getting along with a new person is hard at the best of times. Here are a few tips to help get along with new roommates.

Figure out what kind of relationship is desired

The first step to getting along is to decide what getting along means. For some, getting along means friendship and camaraderie that could potentially last for years, while others simply want to avoid getting in the way of one another. Roommate definitions of getting along may not match. It’s possible that even if you want to become great friends, your roommate may simply wish to get through the year without too much fuss. Hopefully, in a case like this, both parties can come to a compromise, but the reality is that nobody can force another person to like them. All that people can do is their best to promote a healthy living situation, which is where the second tip comes in.

Roommates will occasionally get on the other’s nerves. Living with another person means dealing with every annoying habit that a person might have. Perhaps they play their music a little too loud or come back late at night and wake up everyone in the area. Everyone has annoying habits like this, including you, and given enough time, mild annoyance may boil over into outright resentment. Don’t let it come to this point. The easiest way to prevent an argument before it happens is to talk it out. If a new roommate leaves the dorm room or a common area in a mess, just having a simple conversation can (hopefully) provoke them to change their ways or at the very least be more conscious about it.

Talk to the Student Resolution Center

If all else fails and conflict comes to a boil, CSU offers a conflict resolution service through the Student Resolution Center. The SRC offers one-on-one coaching for moments where a student may just need some advice, mediation for bigger arguments and other means of approaching conflict between not only roommates but anybody at CSU.

The easiest thing to do on this list is also one of the most important. For a roommate situation to work out, both sides have to be trying. If a roommate comes to you with a complaint about your behavior, at least try to fix it. If you’re going out to a dining hall, maybe invite them to come along. You’re likely going to be living together for most of a year, so you might as well make the most of it. If they don’t want to go with you, it’s their decision, but at least you tried.

No roomie relationship is going to be perfect, and not every pair of people is going to be a match to live together. At the best of times, a roommate can be somebody to share a few laughs with, a close friend or someone to vent to after a stressful day. Go in with an open mind and a willingness to communicate, and the horror stories of living with a roommate from hell can hopefully be avoided.