Five tips for freshmen to get an A+ in college life 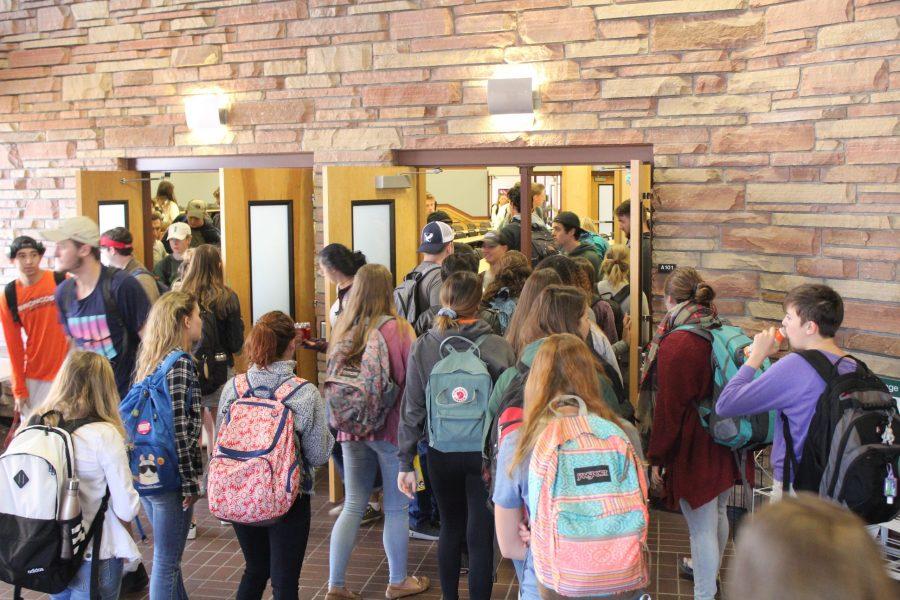 As classes begin at Colorado State University, they bring with them a whole new generation of first-year students. Going from the public or private education system into college is a huge change and one that most students stumble into blindly if they don’t have anyone who’s been in college recently to give advice.

Your parents or guardians may give you advice, but recall that this advice is based on the college of 20+ years ago– some of it might still be good, but much of it will be outdated.

Here are five things to know going into your first year of college.

Get to know the layout of campus

One of the most important skills, especially for the student with back-to-back classes, is to have a map of campus in mind. Having the lay of the land means the difference between arriving on time and being that student who walks in late and everybody looks at.

CSU provides maps in both static and interactive forms. The interactive map has interior maps for some heavily-trafficked buildings, including the occasionally maze-like Andrew G. Clark building.

Taking a bit of time out before classes start to map out a route is an effective strategy to get acquainted with the sidewalks and streets on campus, and get to classes on time. Finding those little nooks and corners on campus to relax in is just the cherry on top.

Only take an 8 a.m. class if you’re certain you can be awake

Almost every first-year class has an option to be taken at 8 a.m. Many first-years are just leaving high school, where classes tended to start at the same time, so this sounds perfectly doable!

Living on your own schedule for what may be the first time in your life means occasionally failing to keep that schedule. There’s no backup for a student trying to get up in the morning. Parents and guardians may have provided that role in the past, but in the dorms there’s nothing.

Each student has to make a schedule that fits them, and 8 a.m. classes are not for everyone.

In the same vein, because there’s nothing actually holding students to their schedules, it can be very tempting to skip classes. One of the easiest things to do to improve one’s grade in a class is to attend it and pay attention.

Importantly, attendance doesn’t just mean being in your seat. The advent of smartphones and laptops have made it easier than ever to be physically present but not mentally. Falling into the procrastination sinkhole that is the internet during class time is simple, and getting out once you’ve started is hard.

College courses can be difficult and every one of them is expensive. Not attending is intentionally sabotaging yourself, both educationally and financially.

Health is more important than grades

That’s not to say that there aren’t any good reasons to skip classes. There may come a day when, for your mental health, you need to take a load off and relax.

This is something very important to remember: missing an assignment every so often because sleep is a requirement is not the end of the world. There comes a point where you have to step back and be done for the night.

Obviously, there will be consequences for any missed assignments or classes, but if you don’t make a habit of it, there’s a healthy balance that can be struck and you can always pull it back.

One of the easiest resources to miss out on in college is the one that you see every day: your professors and TA’s. They have office hours, they’re on the syllabus, and if a student has a question related to the course, they’re basically the best person to ask.

Lots of professors will offer feedback on early drafts, or explain why the answer given on a test was wrong. TA’s will do similar things for larger classes.

As an additional bonus, if a professor likes you, they are more likely to reach out about opportunities to build your career (I.E. internships) or just have a nice conversation.