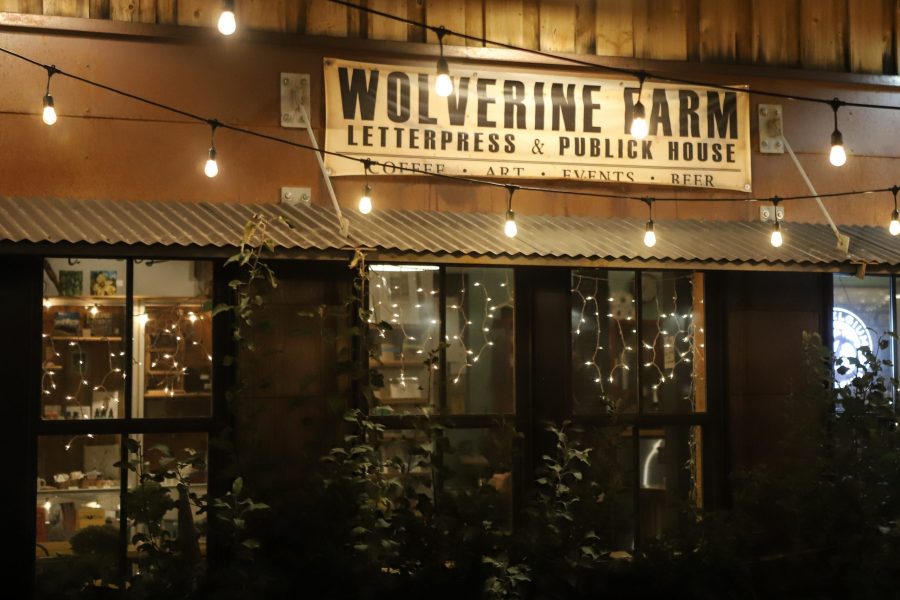 Matt Mullins, co-curator of Juteback Productions and curator Randy Perkins hosted the 2018 Juteback Poetry Film Festival Friday night at the Wolverine Farm Letterpress and Publick house. Perkins is a filmmaker who began the poetry film festival in 2013 under the name Body Electric. The festival had over 200 international poetry film submissions this year. (Brooke Buchan | Collegian)

According to Penn Medicine, about two-thirds of people have experienced déjà vu at some point in their lives. The root causes of déjà vu are still unclear, but Cleary is one of few in her field studying the occurrence. In addition to giving presentations on the subject, Cleary has also conducted numerous studies into the working of déjà vu and has written several papers on the subject.

Déjà vu is literally translated to “already seen,” and several theories exist to try to explain it, such as small temporal lobe seizures in people without epilepsy or asynchronous processing of cognitive functions. Cleary’s presentation focused on the idea that déjà vu is the result of the brain’s failure to recall certain memories.

I really took his invitation in this paper to heart and began to explore ways of investigating déjà vu from memory paradigm.”-Anne Cleary, CSU professor of cognitive psychology.

The presentation opened with an exploration of the idea Cleary calls presque vu, or put more simply, the feeling of being on the verge of a great epiphany or revelation. From there, Cleary transitioned to talking about déjà vu and the feeling of being close to understanding but failing to make the full connection. She went on to discuss several stories of déjà vu, the phenomenon’s association with the paranormal, the theories around déjà vu and her research towards understanding déjà vu.

In one of the examples, Cleary detailed an experiment in which she and her team were able to create feelings of déjà vu by recreating room geometry and layouts that had different characteristics in two separate VR experiences. Subsequently, Cleary and her team were able to elicit feelings of déjà vu. After the conclusion on the biases that trick people into thinking they correctly predicted the future, questions were then opened to the audience. The audience asked a variety of questions regarding research, the mental processes of déjà vu and the different types of experiences that could elicit feelings of déjà vu.

“I thought it was informative,” said audience member Phil Donaldson. “I always thought of déjà vu as a memory from the past that I was reliving, so it was interesting to hear that people thought there might be a connection to premonition.”

When discussing what made her focus on déjà vu for study, Cleary discussed a 2003 review paper by cognitive psychology professor Alan Brown, which drew attention for reviewing known knowledge about déjà vu in psychology and drawing a comparison to paradigms in cognitive psychology. Cleary saw this as a sort of invitation to the psychological community to begin studying psychology in her own words.

“I really took his invitation in this paper to heart and began to explore ways of investigating déjà vu from memory paradigm,” Cleary said.

Ty Davis can be reached at entertainment@collegian.com or Twitter @tydavisACW.