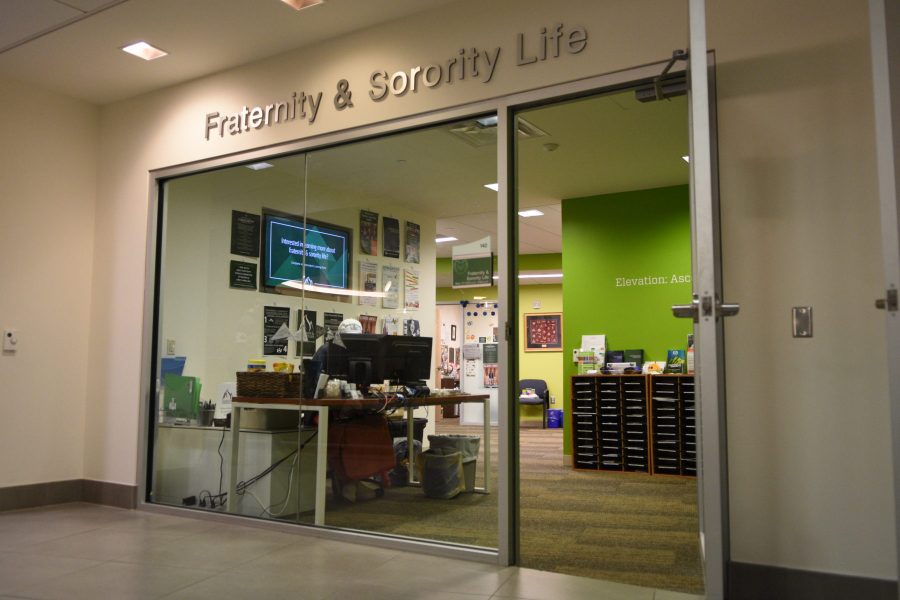 CSU fraternities respond to the recent shut down of the CU Boulder chapter of the Sigma Pi fraternity due to a sexual assault investigation. (Matt Tackett | Collegian)

Organizations who need volunteers and donations often come to college campuses to get those resources. A handful turn to fraternity and sorority life to seek aid and assistance. With this connection, Delta Delta Delta seems to be doing something right with helping St. Jude Children’s Research Hospital.

St. Jude is a pediatric center for treatment and research focusing on children’s “catastrophic diseases” according to their website. Delta Delta Delta, or Tri Delta, is a national sorority with a chapter at Colorado State University. These two organizations have been linked since 1999, though Tri Delta has supported children’s cancer charities since the ’70s. Throughout the year they fundraise money through events for St. Jude.

“It originated in California, and it was just a local children’s hospital, but then what happened is we ended up where it’s a nationwide thing and we ended up partnering up with St. Jude which was 20 years ago in 1999 which is super cool,” said Breanna Fortier, the philanthropy chair for Tri Delta. “And we’ve raised a lot of money since, like one of our biggest commitments was in 2014 we were like, ‘Oh we’re going to raise $60 million in ten years,’ in like three and a half years, by the end of 2018, we had raised more that half of that.”

Earlier this month, on April 3, Tri Delta put on their annual Delta House of Pancakes event, where they open up their house for people to come in, eat pancakes, take some Instagram ready photos, and even tour the house if they wish. All the money they raise goes right to St. Jude.

“My favorite part is just opening up our house to people, being able to share how much we actually do as an organization,” said Demi Ball, the Tri Delta chapter president.

Events like this also allows opportunities for education about St. Jude and the work that the organization does.

“Since there’s not so much happening at once, it gives us a better environment to talk more to people and educate them more on St. Jude as a whole,” Fortier said.

Outside of Tri Delta, other CSU students participate in events to raise money for St. Jude. One of these events is Up ’til Dawn, a student-led program where teams of 6 have to raise $600 in order to gain entry to the event.

According to Julie Hess, the development specialist for St. Jude, Up ’til Dawn is a program that happens across the nation and raises a lot of money for the hospital. The Up ’til Dawn program is currently looking for people to apply for their executive board to help lead this fundraiser on college campuses.

According to Hess, Tri Delta is one of the organizations that raises the most amount of money for St. Jude. Six years after they were officially connected with St. Jude, $1 million had been raised. In 2014, St. Jude opened “Tri Delta Place,” a short-term housing development for family of hospitalized children in St. Jude. This is funded through Tri Delta fundraising events.

“(Tri Delta Place) is temporary housing on St. Jude’s campus so that’s a really cute thing that we have so when there’s patients in there, their families can stay there on the campus with them,” Fortier said.