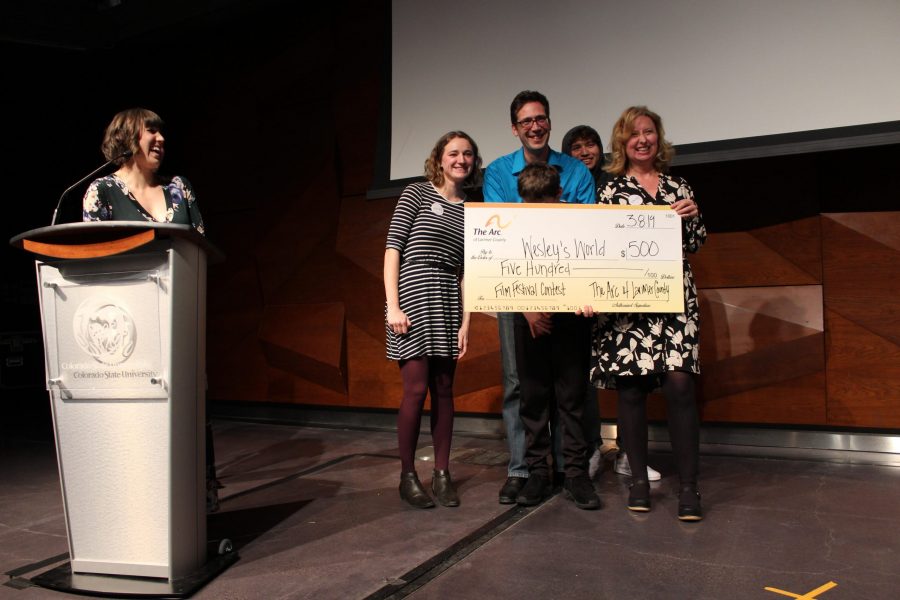 The winner of the film contest at the Reframe Disability Film Festival was Aubrey Waechter with the film "Welcome to Wesley's World," which focuses on young teenage Wesley's different skills and interests. (courtesy of Cari Brown | Communications coordinator at the Arc of Larimer County)

The ReFrame Disability Film Festival returned to Colorado State University March 8 to advocate and promote awareness for individuals with developmental disabilities. The annual event, now on its seventh year, aims to shift the narrative of people with disabilities, dismantle stereotypes and give individuals the opportunity to share stories from their own perspectives.

The event was hosted by The Arc of Larimer County in the Lory Student Center Theatre. Andy Kwiatkoski — who has autism and has won awards for his film “Lonely Highway” about coming to terms with his unique challenges — emceed the festival.

The festival featured 14 total films from all over the world, which ranged in style and genre. Many were documentary style but the genres also included comedy and animation.

The first film shown was “100% Myself,” a video about a developmentally disabled girl who challenged herself to climb three mountains in three days. One of the standout films was “Being Seen,” directed by Paul Zehrer, which is about bringing light to everyday life and love. The film also includes some comedic elements.

Animated shorts were also featured at the festival, including the noteworthy “My Little Brother from the Moon,” directed by Frédéric Philibert, and “Ian,” directed by Abel Goldfarb. “My Little Brother From The Moon” is a French film released in 2007 and follows a young girl describing her brother who has autism and what it means to her. “Ian” is about a little boy with cerebral palsy who struggles to make friends on the playground. Both films were inspired by real individuals and aim to spread awareness about the societal issues people with disabilities face. They also emphasize the importance of inclusivity.

“It takes a lot of support to bring a light to how we are more than just a disability,”- Robyn Stewart, stepmother of Wesley from “Welcome to Wesley’s World”

The award-winning music video “Close My Eyes,” directed by Tov Belling and featuring the Australian band Rudely Interrupted, was also presented. The group, known for their energetic indie-rock sound, consists of artists with disabilities who have toured all around the world.

The winner of the festival was “Welcome to Wesley’s World” produced by Aubrey Waetcher. This film follows the young teenager Wesley, who has autism, but the story does not focus entirely on his developmental disability. “Wesley’s World” emphasizes not what Wesley can’t do, but what he can do and loves to do. Wesley and his family were present to collect their award and Wesley’s stepmother, Robyn Stewart, gave a brief speech.

“It takes a lot of support to bring a light to how we are more than just a disability,” Robyn Stewart said in her speech.

Another film at the festival was “Prison Orphan” from Calamari Productions. The documentary is about Justin, a 14-year-old boy that is stuck living in a juvenile prison after he has no place to go. The film shows Justin’s transition away from the correctional facility to a new facility with better services and accommodations for people with disabilities, and his personal growth that followed.

The film “Willing to Work” wrapped up the festival. It was written and directed by Wilbert Johnson. “Willing to Work” is about Johnson’s journey to getting his dream job at the zoo, showing the hard work and dedication he had in the process.

Rachael Franklin, an audience member at the “ReFrame Disability Film Festival,” said she has been coming to the festival for a few years now and looks forward to future shows to continue to witness the positive impact made by the films.

“People have a lot of stereotypes about people (with disabilities),” Franklin said. “I think that this will change some of them.”