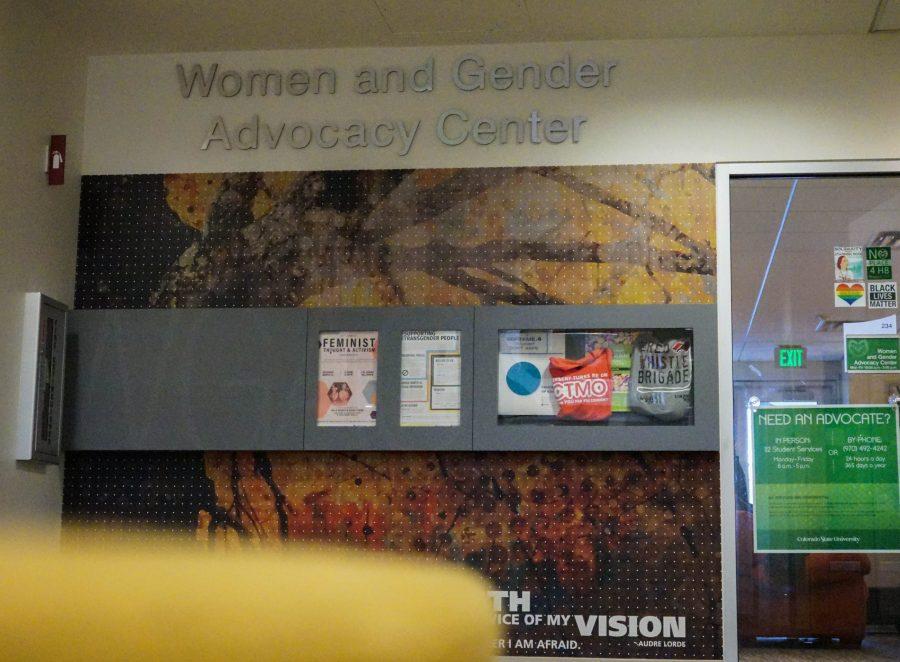 The Women and Gender Advocacy Center located in the Lory Student Center on campus at CSU. (Skyler Pradhan | Collegian)

That’s the thought behind this year’s Feminist Thought and Activism Conference, which draws inspiration from the honeybee. The 14th annual conference will take place in the Lory Student Center March 30 and will be free and open to the Colorado State University community from 9 a.m. – 4 p.m.

The conference is one day with multiple sessions and keynote speakers, Mala Muñoz and Diosa Femme, all with the goal to educate, entertain and encourage discussion surrounding gender and other social justice issues.

Gray Greening, a presenter for the conference, explained the inspiration behind the honeybee theme.

“Honey bees specifically are very collective,” Greening said. “They’re kind of like a feminist colony and they work towards the collective upliftment of each other and that was kind of what we were looking for, like to work together, to learn together, to grow together.”

According to a Women and Gender Advocacy Center newsletter, there is a connection with the “eusocial behaviour in which all take responsibility in the rearing of the young.” The newsletter also states that this year’s conference should inspire thought and action on caring for communities and working towards a positive collective well-being.

“Generally, we want to provide free education,” Greening said. “Just a space for people to be vulnerable and to kind of question things, we just want people to learn overall.”

To get in the mood for some feminist discussions on Saturday, here are some feminist pieces in popular culture to stock your mind.

Muñoz and Femme, share the podcast “Locatora Radio: A Radiophonic Novela,” which seeks to celebrate the “experiences, brilliance, creativity, and legacies of femmes and womxn of color.” The podcast explores the experiences of all intersections of women, unpacking complex subjects such as structural marginalization, politics and mental health.

“Supa Dupa Fly,” by Missy Elliot, is a badass jam sure to get people in the mood to dismantle the patriarchy. Before Nicki Minaj and Cardi B, Elliot (along with other early women rappers) changed up the boys club of the hip hop scene, which is gorgeously exemplified in this track.

The Feminist Thought and Activism Conference will take place on March 30 in the Lory Student Center.

The Emmy Award-winning dystopian drama series “The Handmaid’s Tale” shares a scary future where women who can have children are summoned to do that and only that. The show looks into the complexities of women’s rights, and where society would be without them.

In a bit of a lighter tone, the comedy series “Broad City,” written by and starring comedians Ilana Glazer and Abbi Jacobson, tries to change up gender roles and normalize taboos all while being a funny show by two funny women.

There is a whole playlist with TEDtalks just on feminism through multiple different lenses, including the popular “The power of women’s anger” by Soraya Chemaly and “Why I’m done trying to be ‘man enough,'” by “Jane the Virgin” actor Justin Baldoni. The talks’ subjects range from women in politics, the harms of toxic masculinity, feminism in religion and the reality of sex work.

“Mad Max: Fury Road,” directed by George Miler, takes us on a journey with women and their freedom as a central theme and as main, visible characters. There are plenty of badass fight scenes throughout the film, portraying women as strong and collaborative.

“Thelma and Louise” is an absolute classic starring two dames, Susan Sarandon and Geena Davis, on a road trip that takes a different direction as they run from the law.

“We Should All Be Feminists” by Chimamanda Ngozi Adichie shows stories and analyses about what it means to be a feminist, especially in the 21st century.

“Bad Feminist” by Roxane Gay is a collection of essays that looks at the tension that exists with liking things that are sometimes at odds with feminist ideologies.