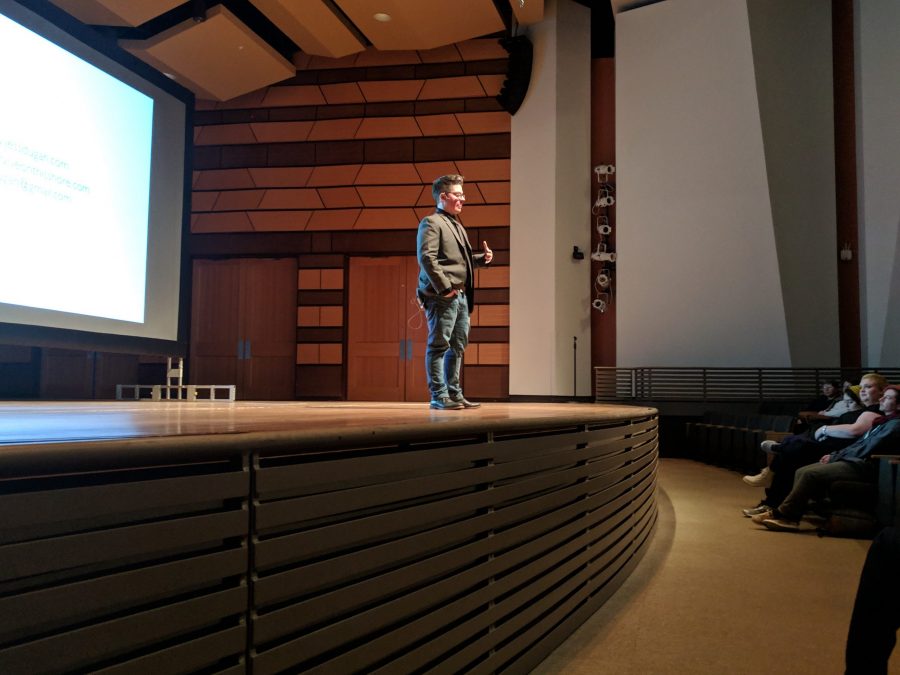 Diversity took center stage at the University Center for the Arts Friday with the presentation of photographer Jess Dugan’s work on gender issues.

Dugan presented and discussed her most recent work, “To Survive on this Shore,” a book and traveling art installation focusing on the lives of older transgender and gender non-conforming individuals.

The night started with an introduction from Dugan where she explained her background, upbringing and transition. From there, she went on to discuss her career, from photographing classical paintings to her decision to focus on older subjects. It was during her early portrait work where she began to change her artistic direction.

Dugan and her partner, Vanessa Fabbre said the goal of “To Survive on This Shore” was to photograph as much diversity as possible.

The presentation then opened the floor to audience members to ask questions. The audience asked Dugan several questions about her work, the art world and the politics of gender in today’s climate. Finally the night concluded with a display of the photographs and interviews from “To Survive on this Shore.”

According to Dugan, the gallery was a way to combat the underrepresentation of older gender non-conforming individuals in visual mediums.

“When Vanessa and I were starting the project, we were aware that there was a lack of representation of transgender and gender non-conforming people,” Dugan said. “We had heard from younger transgender people that they had never seen an image of an older transgender person and they didn’t have a road map for what their life might look like as they aged.”

Her book can be purchased on her website. Live portraits can be seen in the University Center for the Arts in the Gregory Allicar Museum of Art.

Ty Davis can be reached at entertainment@collegian.com or on Twitter @tydavisACW