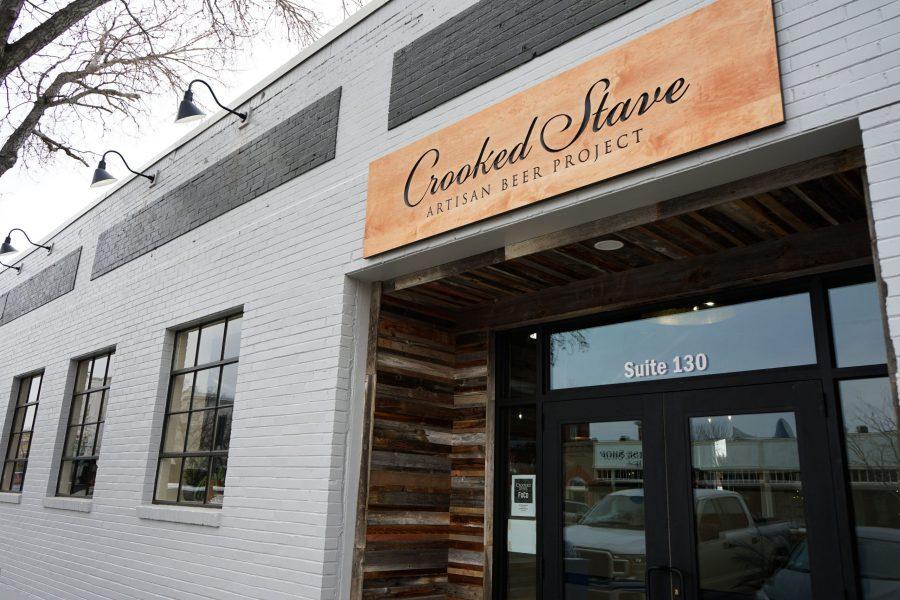 Editor’s Note: Some of the quotes have been changed or redacted to reflect accurate information about the brewery.

Located at the north end of Old Town as a part of The Exchange, Crooked Stave is contributing to the beer culture in Fort Collins with its own twists and tastes.

Chad Yakobson, a Colorado State University alumni and graduate from Heriot-Wyatt University in brewing science, is the owner and brewmaster of Crooked Stave, which first opened its doors and barrels in Denver in 2010. Wanting to bring the brewery back to his roots, Yakobson opened the Fort Collins location Feb. 8.

With extensive knowledge in the brewing process, Yakobson committed himself to providing a unique experience at the taproom.

The factor that contributes to the beers’ complexity is the ingredients that Crooked Stave uses.

“We also use real fruit,” Basile said. “(Some of the) fruits we use include apricots, blueberries, cherries, peaches, lemons, oranges and raspberries. The beer is then aged in multiple types of barrels and depending on the flavor desired. Some types of barrels used are white wine barrels, whiskey barrels and cognac barrels to name a few.”

It’s not just the beer and the menu, however, that sets Crooked Stave apart from other breweries in town. Being on the parameter of The Exchange heightens its audience, attracting every type of beer connoisseur.

The Exchange markets itself as a community space with patios, fireplaces and green spaces. The surrounding businesses, from yoga studios to distilleries, offer various services that help to define the inclusiveness of the setting.

Lyra Wiley can be reached at entertainment@collegian.com or on Twitter @lyra_wiley.