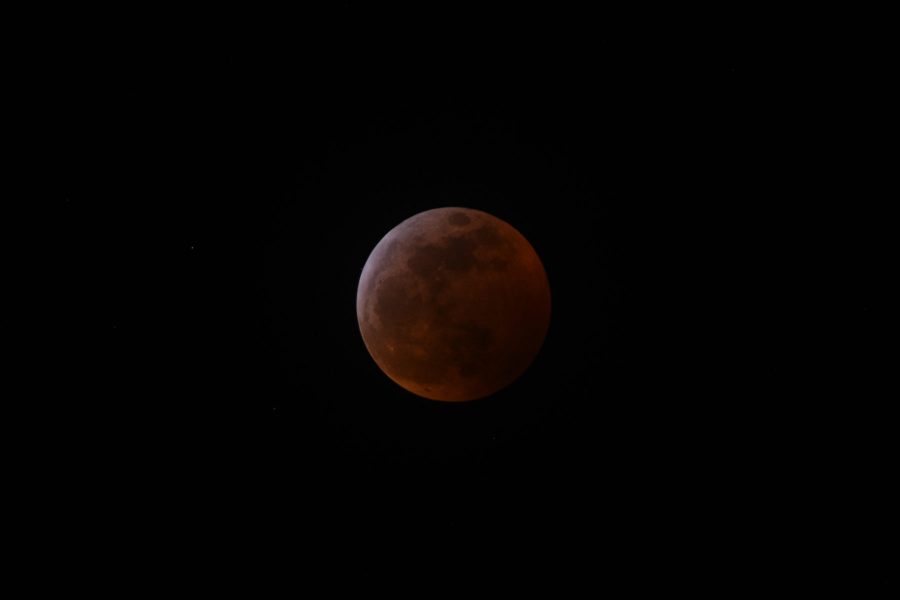 Many people might be wondering why the moon looked a little different this past weekend.

On the night of Sunday, Jan. 20, the moon looked larger and redder than normal, a phenomenon called a super blood wolf moon. This celestial event could be seen in North and South America, as well as parts of Europe and Africa.

“This is something where I find the public can really get involved, get engaged, they go out, they get to experience something that doesn’t happen often,” said Heather Michalak, lead technician at the Madison Macdonald Observatory. “It’s something we can all talk about … can come together and experience something and get excited about something. For me, any kind of astronomical event is a time where people can come and enjoy the wonders of things, and everybody’s accepted.”

What is a “Supermoon?”

Because the moon orbits the Earth in an ellipse shape, there are certain points in the orbit cycle where the moon is significantly closer to the Earth. When a full moon is the closest to the Earth along its orbit cycle, which is 363,300 kilometers on average, the moon is called a “supermoon”, according to the National Aeronautics and Space Administration.

More astronomical phenomena can be observed at the Madison Macdonald Observatory’s Public Nights, which occur from April to October on the first and third Friday of the month. In addition to looking at stars, the observatory is also planning to watch the Mercury transit, which is where the movement of Mercury can be seen across the sun.
What is a “blood moon?”

According to National Geographic, a wolf moon is a traditional name for a full moon in January. The name comes from Native American and colonial Europeans, who named it the wolf moon because wolves would howl in hunger at the moon in January.

The three phenomenon coninciding together to form the super blood wolf moon caused people to bear the cold on the evening of Jan. 20.

“I think people like to give them these special names which I think is neat in a way because it gets people excited about doing science,” Michalak said. “The biggest thing to me is to be more aware about what’s happening around you in your natural world, and then to be able to go out and enjoy it and take this as an opportunity to go greet your neighbors.”