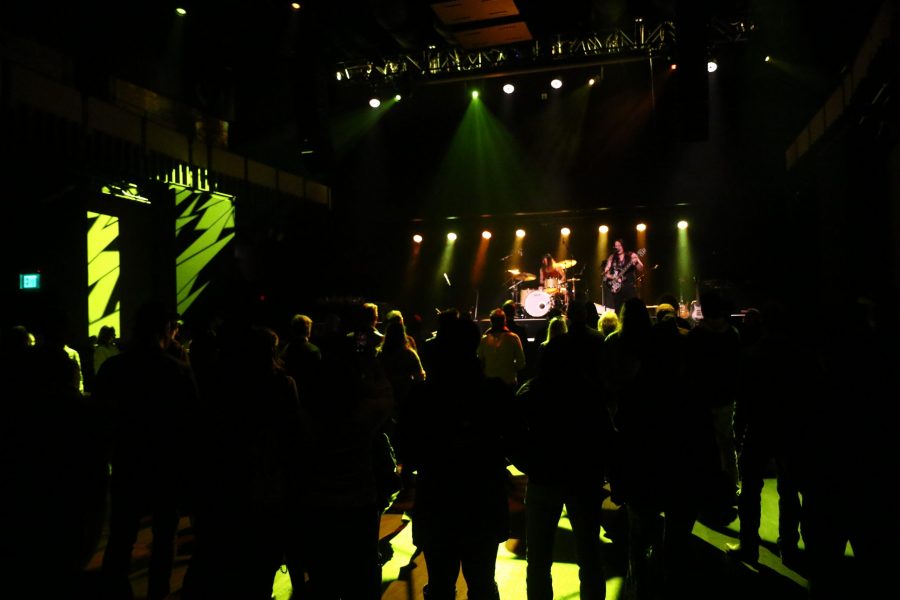 The Peer Awards, presented by the Fort Collins Music Association, highlighted the local music scene with the presentation of awards and performances from five local artists. (Julia Trowbridge | Collegian)

Highlighting a handful of bands out of the hundreds in the Northern Colorado area can be a difficult task, but that’s what the Fort Collins Music Association did with their 10th annual Peer Awards.

FoCoMA presented the winners of the Peer Awards, which highlighted the local music scene with the presentation of awards and performances from five local artists at the awarded best venue, Washingtons, on Jan. 13.

The awards ceremony was created by FoCoMA to recognize the local music scene because they felt there was a lack of recognition, according to Greta Cornett, cofounder and president of FoCoMA.

“I feel like when you can put something positive like that out there it’s always going to be something that’s good for people,” Cornett said. “I’m a musician and I love celebrating the accomplishments that our fellow musicians have had this past year and I think it’s important to recognize that.”

For the ballot, a handful of musicians in the Northern Colorado area are selected for each category. The choices are selected by a group with FoCoMA and other talent buyers in the area according to Cornett. Only working musicians can vote in the Peer Awards in order to avoid a popularity contest.

“We used to list every band on it, but then it got to be too much,” Cornett said. “(We had) like 130 indie bands, so we started narrowing it down. We tried to take things into consideration, like bands that are actively playing in the scene and artists that had some kind of achievement in the last year or a new album.”

“For a town this size, we have a pretty damn good music community … (FoCoMA) help(s) new people come in, they help everybody meet each other and they help maintain the sense of community we have in Fort Collins music, which I think is really valuable.” – Ben Prytherch, Mama Lenny and the Remedy bassist

One of the issues with the first Peer Awards was that people did not recognize the bands they could vote for, leading to the creation of FoCoMX, Cornett said.

The presentation of the awards, which had five bands perform, was also a great way to showcase some local bands across many genres, Ben Prytherch said, bassist for Mama Lenny and the Remedy.

Plasma Canvas, a feminist, anti-fascist punk band, performed at the awards for the first time after being asked to do the show. Although the crowd was unusual for the band they still had an enjoyable performance.

“A lot of people who love us showed up to see us, and I’m glad they’re here for the event too,” guitarist Adrienne Rae Ash said. “It’s not our typical crowd, but we’ve had a good response from just about everyone we’ve run into.”

Prytherch, who has attended every Peer Awards celebration, said he likes the Peer Awards because of the awards’ recognition of local artists and the community that the event creates. Although Prytherch knew all the bands that recieved awards, he was unfamiliar of the bands that performed, and he appreciated that aspect of the evening.

“I really like (the Peer Awards) because it keeps the Fort Collins music community tight,” Prytherch said. “For a town this size, we have a pretty damn good music community and it’s nice to have an event where you see all your friends and all the people you play music with. (FoCoMA) help(s) new people come in, they help everybody meet each other and they help maintain the sense of community we have in Fort Collins music, which I think is really valuable.”