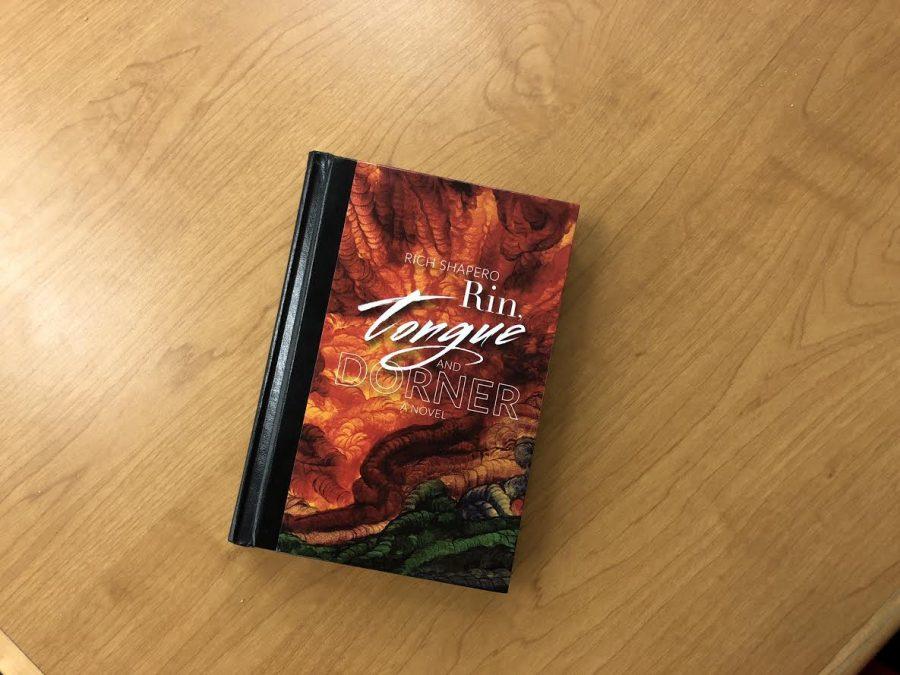 The Lory Student Center Plaza at Colorado State University has seen many vendors over the years, from Bible salesmen to free coffee tables set up on cold, brisk mornings. Other famous Plaza residents are people who hand out free copies of books, the latest being a Rick Shapero novel.

Free things, including free books on the Plaza, are exciting. College students know the struggle of finding money so free things are great. Students flock to fringe sporting events for corndogs and jump at every opportunity to go to Costco. This is the reason why giving out free stuff on the Plaza is such an effective marketing scheme.

So, when I got a copy of “Rin, Tongue and Dorner” slapped against my chest a few weeks ago, I was a little excited. After paying $75 for textbooks I’d hardly had to use, maybe CSU was finally starting to repay the favor by quite literally slapping me with free books.

My excitement faded however when I came to meet the gaze of the man assaulting me with literature. The look on his face was one I had seen many times before, in the eyes of judgmental old ladies watching me steal single grapes from the produce section, or in the brown and mossy teeth of the 7-Eleven cashier who thought I was taking too long to find the cash for my $0.40 worth of gas.

Still, I was hopeful. The robust red illustration on the rigid hardcover novel beckoned, inviting me into a world of endless possibilities, thrilling tales of daring adventure and psychological torture known only to sea captains and Gandalf.

And psychologically tortured I was.

Author Rich Shapero weaves characters, places, ideas and imagery as smoothly as a gibbon playing the violin, jumping from note to note with no apparent concern for the overall performance. The plot is nonsensical, the characters flat and the dialogue is predictable and boring. The main character Dorner is an obvious projection of the author’s own narcissism and desire to be suave, calm and collected.

More information on Rick Shapero or his other novels are at www.richshapero.com.

The world of this novel is incredibly flawed. The reader is expected to accept massive concepts and plot points without so much as an introduction or justification. Even the characters themselves are odd proto-humans, acting and speaking more like unintelligent Vulcans than humans let alone any respected characters in contemporary literature.

But bad books are written all the time, what makes this one different?

Asides from its widespread distribution and the joke of a multimedia aspect that Shapero’s publisher described as a “full immersive story experience … which fuses fiction with music and art, featuring a host of musicians and fine artists,” the strong sexual overtones are by far the strangest part of the novel.

Almost immediately the reader is accosted with a strong visual of character Dorner’s genitals. The bottom of page one is laden with a cacophony of adjectives. “They had a desperate need, they entered his ears, goading, promising, caressing his chest and rubbing his thighs, circling his belly and the hooked organ rising from his groin.”

In a world were so much artistic and literary talent goes to waste due to lack of exposure, it’s a shame to see a novel as awful as this one see such widespread distribution because of the financial advantage of one author or publisher.”

Should you read it? No.

In a novel as flawed as this one, there comes a point where enough is enough and I’ve drawn all the conclusions and gathered enough evidence to make my point.

“Rin, Tongue and Dorner” is a bad novel.

It has the feel of a high school fanfiction written about the most obscure of characters, with little or no editing or revision. It has a weak and vague plot, boring characters, no development, a horrible tone, gross and unnecessary sexual imagery. In a world were so much artistic and literary talent goes to waste due to lack of exposure, it’s a shame to see a novel as awful as this one see such widespread distribution because of the financial advantage of one author or publisher.

Walker Discoe can be reached at entertainment@collegian.com and on Twitter @wdiscoe.