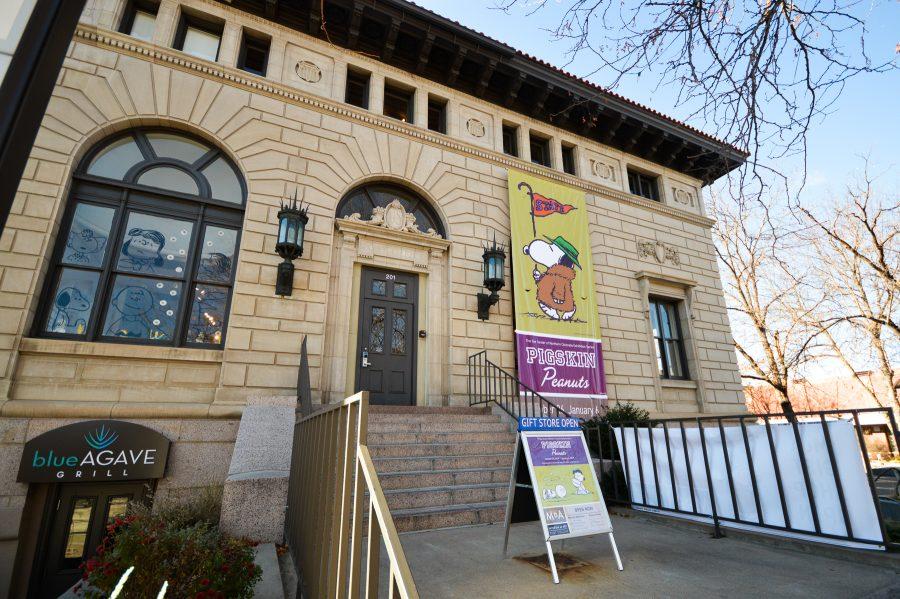 The Fort Collins Museum of Art's exhibition, "Pigskin Peanuts," can be seen at the downtown museum from October 26th, 2018 to January 6th, 2019. The exhibit features works from the collection of over 250 football-themed Peanuts comic strips. (Mackenzie Pinn | Collegian)

Charles Schulz is perhaps one of the most recognizable names in comic strip history, and his lifelong work “Peanuts” is certainly one of the most iconic and long-running newspaper comics ever.

Nearly 20 years after the final “Peanuts” strip was printed, The Fort Collins Museum of Art is hosting “Pigskin Peanuts,” a retrospective and collection of Schultz’s work on the history of football. A collection of dozens of reprinted strips shows clearly how sports, specifically football, evolved and played a role in the “Peanuts” comics.

“The Charles Schulz exhibit is a traveling exhibit that is organized by the Schulz Museum in Santa Rosa, California,” said Victoria Ferguson, the events and volunteer coordinator for the museum. “[The exhibit] is all related to football … and this is our blockbuster exhibit for the year, and I think that we felt it would be hip with all generations.”

The comics, displayed in simple silver frames across the walls of the museum, are grouped together to create a semi-narrative of the different ways football and sports played out in the “Peanuts” comics.

The sections include “The Mad Punter,” a mini-series printed in the ‘70s about Snoopy’s predilection to send footballs flying across the neighborhood in the middle of the night and the ever-recognizable “Fall Classic,” in which Lucy prevents Charlie Brown from ever kicking the football by pulling it away at the last moment.

Schulz, who was a veracious drawer and cartoonist, was responsible for nearly 18,000 “Peanuts” strips, including both daily and Sunday comics according to the Schulz Museum. “Pigskin Peanuts” reflects his massive body of work, highlighting dozens of classic and contemporary strips.

“Most of it is drawings. Schulz was a pretty traditional artist; he did all the penciling, all the inking,” Ferguson said. “That’s the main mediums that are showcased, we also have a few artifacts in some of the Plexiglas cases, like some felt and ceramic goods.”

Officially in print from 1950 until 2000, Peanuts lives on in reprints in nearly every major American newspaper to this day. With characters such as Charlie Brown, Snoopy, Lucy, Patty, Schrodinger and more, “Peanuts” and Schultz grew into superstars in just a few years.

The exhibit will be on display until Jan. 6, 2019. More information can be found at moafc.org.

“Schulz was involved in sports his entire life, mainly hockey and baseball,” wrote Lisa Hatchadoorian, executive director at the Fort Collins Museum of Art. “The story supposedly goes that then-Governor Reagan invited Schulz to Sacramento, and Governor Reagan received a signed original cartoon from Schulz. In a letter from Reagan to Schulz, he commented that he (Reagan) loved the series when Lucy snatched the football away from Charlie Brown.”

Collegian reporter Walker Discoe can be reached at entertainment@collegian.com and on Twitter @wdiscoe