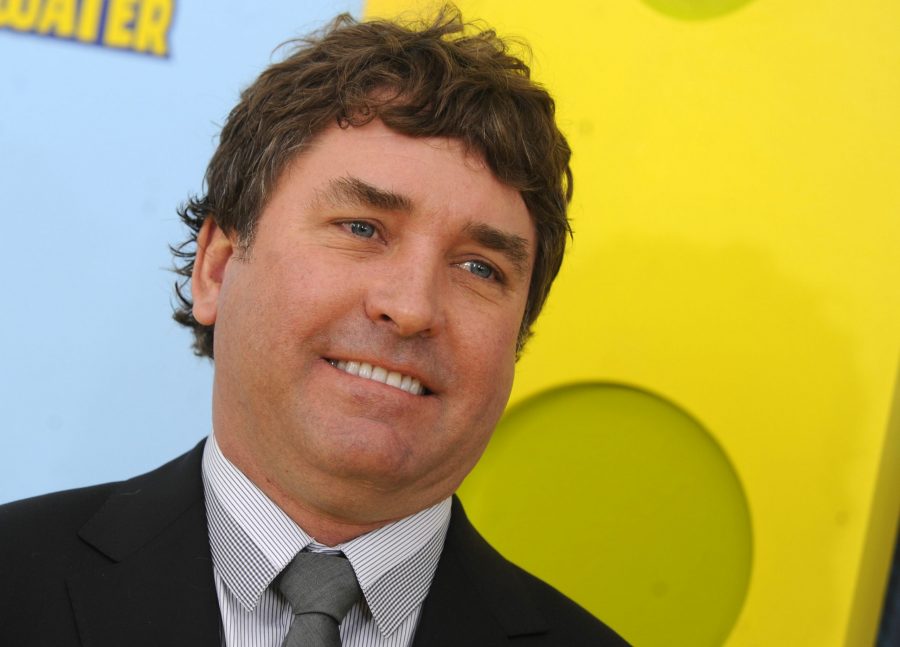 Stephen Hillenburg attends the World Premiere of "The SpongeBob Movie: Sponge Out Of Water 3D" at the AMC Lincoln Square in New York on Jan. 31, 2015. Hillenburg died Monday after a battle with ALS. He was 57. (Dennis Van Tine/Abaca Press/TNS)

The creator of “Spongebob Squarepants,” Stephen Hillenburg, died on Nov. 27 at the age of 57. Last year Hillenburg announced he was diagnosed with ALS, also known as Lou Gehrig’s disease.

“We are sad to share the news of the passing of Stephen Hillenburg, the creator of SpongeBob SquarePants,” The official Nickelodeon Twitter account tweeted. “Today, we are observing a moment of silence to honor his life and work.”

“Spongebob Squarepants” has been on the air since 1999 and is still going strong. Here are the Collegian’s picks of some memorable Spongebob episodes.

My favorite Spongebob episode is “Boating School.” Maybe I like it so much because I took my driving test 4 times. I also like boats, long walks on the beach, sunsets and cream cheese. Spongebob is such an instrumental part of my generation’s upbringing, it’s difficult to limit the “best” episode. But, if you’re looking for a classic – this one can’t be beaten.

When it comes to essential Spongebob episodes, my mind first goes to “Band Geeks.” From consistently funny gags to a rare happy ending for the put-upon Squidward, this episode does what it wants to without overstaying its welcome. Add in some of the most quotable bits of the entire series, and you’ve got a classic on your hands. For the record: no, mayonnaise is not an instrument.

Mine without a doubt would have to be “Krusty Krab Training Video.” Not only does it smash the formula of a typical Spongebob episode with no real structured plot or legitimate antagonist, but it also features some of the greatest meta-comedy ever seen in a recent children’s cartoon. The writing in this episode is also some of the funniest ever in the series.

“Pizza Delivery” is still one of the most influential pieces of entertainment in the development of my personality. In many ways, it reminds me of my sister and I. As children, I was much more rambunctious, while she was much more serious. Because of this, I heavily related to Spongebob’s general character. In this particular episode, Spongebob’s relentlessly annoying positive attitude compared to Squidward’s animosity creates a wholesome, hilarious adventure.

“Spongebob is such an instrumental part of my generation’s upbringing, it’s difficult to limit the “best” episode.” -Linc Thomas, @lincthomas1

The episode “Idiot Box” demonstrates the series’ unique ability to turn a small idea into a full episode. In summary, Spongebob and Patrick are playing inside a giant box using nothing but their imagination, but when their scenes become so vivid Squidward begins to suspect there is a unique quality to the box the two are hiding. This episode highlights the shows willingness to experiment with cartoon conventions and childhood staples to create something unique for a young audience.

“Ripped Pants” -Miranda Moses (@mirandasad)
If you can’t say, “I ripped….my pants,” in the correct way, I frankly don’t want that kind of negativity in my life. This episode finessed the dramatic and spoke to my young self spiritually. Spongebob kick-started my weird-ass sense of humor, and for that, I am forever endowed.

“Mi hoy minoy!” Honestly, I’m not a connoisseur of Spongebob, but “Doodlebob” is pretty good and if you don’t agree you can get out of my face about it. I find Doodlebob, the antagonist of the show, to be extremely relatable. Just like all of us, he was brought into this world without consent and then had to navigate the harshness of reality by himself. His persistence to stay alive despite Spongebob’s efforts to erase him is truly inspiring. I think we can all take a page out of his book.

The Arts and Culture desk can be reached at entertainment@collegian.com and on Twitter @CSUCollegian.