The science of debunking ghosts: paranormal claims investigator disproves bumps in the night 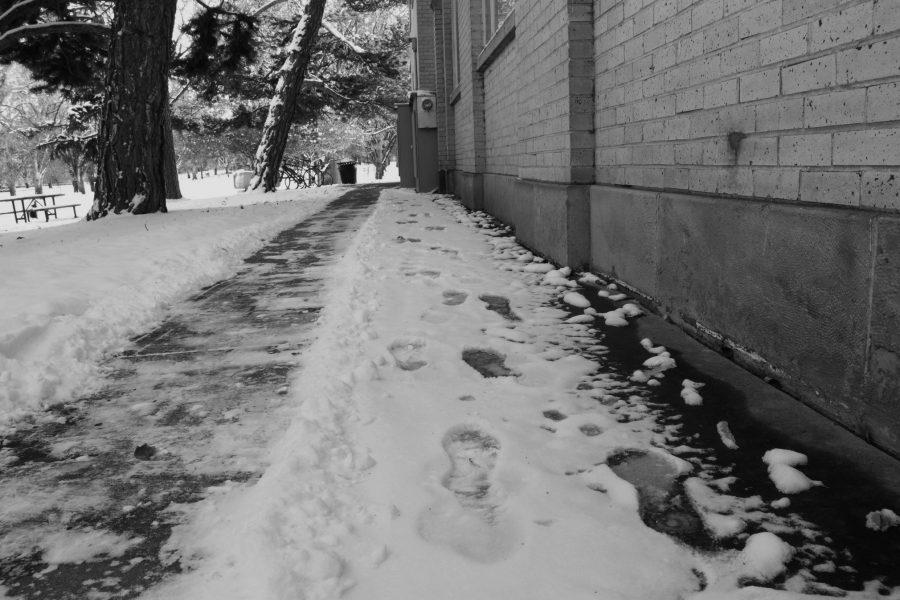 Ammons Hall, where the University Welcome Center and Office of Admissions are located, is claimed by some to be the most haunted building on campus. (Anna von Pechmann | The Collegian)

The question as to whether or not the paranormal exists is something that has been debated for centuries. Do ghosts really walk among the living? Have aliens visited Earth? Are those creaks and footsteps the work of inhuman beings?

For paranormal claims investigator Bryan Bonner the answer is “maybe.” Bonner is the lead investigator for the Rocky Mountain Paranormal Research Society and his investigation approach comes from the scientific method. Bonner has worked with National Geographic, Bill Nye the Science Guy, Denver medical examiners and the United States Department of Agriculture in order to disprove claims of ghost activity. He has also worked with the show Ghost Hunters to showcase the inaccuracies during the shows ‘investigations.’

“We aren’t given the opportunity to believe or not believe in ghosts…You have to stay neutral. But you also have to be willing to know when to stop claiming that it’s something that it isn’t.” -Bryan Bonner, Paranormal Claims Investigator

Bonner was interested in the paranormal from a young age when he would watch horror movies with his mom.

“You don’t just sit down with a five-year-old and watch ‘The Exorcist’ and expect good results,” Bonner said. “So she decided she was going to do this and tell me how they made the movies and how the special effects were done. The older I got the more movies I watched and some would say ‘based on true events,’ ‘based on a real story’…so it got me interested.”

Bonner studied photography in college and it played well into his connection with paranormal investigations. He was able to debunk evidence from clients based on knowing why an image would have something such as strange orbs. According to Bonner, the orbs are most likely just a camera flash or pieces of dust floating in the line of view. It can even be hair caught in front of a flash that causes odd phenomena in a picture.

Although Bonner looks at things in a very practical light, he rides the middle line between skeptic and believer. Going into every case not looking for a ghost but not trying to disprove either.

“We aren’t given the opportunity to believe or not believe in ghosts,” Bonner said.  “The reason being if I go into someplace, you call me to your house and you have something going on, everything that I do is going to point me towards it being a ghost. You have to stay neutral. But you also have to be willing to know when to stop claiming that it’s something that it isn’t.”

While many people claim to hear ghosts in their house or demons in the basement, Bonner says it’s most likely low decibel sounds. This scientifically affects the way humans perceive the world around them. Or it could be as simple as rusty pipes in an old house or bad floorboards.

When Bonner and his team approach paranormal claims they go into investigations prepared, but not with spirit boxes and pendulums. According to Bonner, there are no specialized tools to help connect to the ‘spirit world.’

Bonner and his paranormal team can be reached at www.rockymountainparanormal.com

The first tool is common sense. It may seem like something everyone should possess, but when it comes to hunting ghosts Bonner says if you have the mindset of seeing a ghost, you will see a ghost, whether it’s real or not. When it comes to real tools to use on the job, Bonner and his team don’t mess around.

“The equipment that we use, we use because we are trained how to use it,” Bonner said. “And there is no such thing as a device that will find ghosts. We’ve never conclusively figured out if ghosts exist and if they do what they are. So how can I have something that will measure them? You’re using an unproven tool to find something that has never been proven.”

Actual tools Bonner uses include professional grade cameras for both photo and video, recorders, seismographs to help understand sounds and electromagnetic field meters. All of these tools are not used to talk to entities, but to detect natural and normal disturbances that can cause our minds to think we are hearing things.

The two most interesting tools are the seismographs and the EMF meters, better known as electromagnetic field meters. There are two types of EMF meters. The first is TriField, which picks up energy from electrical items, and TriField Natural, which picks up energy from natural phenomena. Some ghost hunters make the mistake of using the natural TriField EMF. This can lead to false claims of ghosts when in reality the device is picking up the people in the room.

The seismograph can be used to detect low frequencies which are known to have a strange effect on a person’s psyche. While these devices are mostly used to measure earthquakes, they can help with low-frequency detection. Low sounds can cause feelings of dread because while they are unheard to human ears the sound waves still exist in the space. This makes it feel as though someone has a heavy feeling on their shoulder.

To hear Bonner discuss his favorite horror flicks from when he was a kid to now, the podcast ‘Do You Like Scary Movies,’ is available on PodBean.

Another thing debunked by Bonner are cold spots. Cold spots are determined by ghost hunters as spots where ghosts pull energy out the air. In reality, anytime there is an exchange of energy the byproduct is heat, so hot spots should be searched for instead of cold ones.

“It is interesting trying to be somewhat scientific in the midst of all of it,” Bonner said.

Claire Oliver can be reached at entertainment@collegian.com or on Twitter @claireity21.