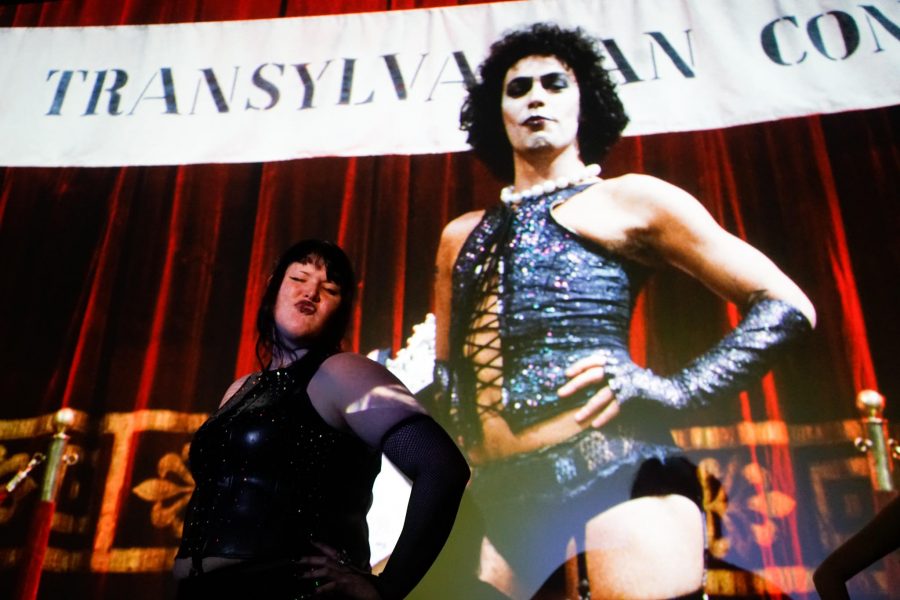 The Northern Colorado theatre troupe “No Picnic” will “do the time warp again” with a live performance of “The Rocky Horror Picture Show” at the Lyric Cinema and a screening of the movie on Halloween night. The infamous cult classic, which first hit theaters in 1975, shocked audiences with its aggressively controversial content, including a “transexual transvestite from Transylvania” as its main character and a storyline revolving around sexuality.

Though the social climate around these topics has changed since the movie’s release, the film retains its position as a cult classic. Modern-day punks, misfits and anyone looking for a great Halloween flick still find themselves flocking to the theaters to see a shadow-box performance of the show. These performances include live actors representing characters in the show, dancing, yelling and making snarky comments to certain movie lines known as “callbacks.”

“It’s kind of a ruckus,” said performer Jess Knox, who plays Riff Raff this season. “Everyone gets together and screams at a TV screen for an hour and a half. We act it out as accurately as possible, and whoever isn’t on stage also screams at the TV screen.”

“The Rocky Horror Picture Show” will be playing Oct. 31 at 6:30 p.m. at the Lyric Cinema. The theater will be selling $5 “prop bags.” Tickets are available at lyriccinema.com

The most notorious part of the show are the callbacks, which have been a tradition since the film’s release. Some of the nonofficial added lines have remained the same since 1975, but as society has changed, so have the callbacks.

“We like to do new callbacks to go with whatever is going on at the time,” said Maria Gullo, performer and manager of the show. “I bet you can guess what some of our new callbacks are going to be about in this show.”

Though the troupe is constantly coming up with updated content for the modern-day audience, older audiences can return to the show and recognize some of the cheeky lines.

“We were talking with a couple who had seen the movie when it originally came out in theaters,” said performer Brenna Carter, who takes on the role of Columbia. “They were remarking to us about how we had changed all the callbacks. They were really happy because we were keeping the nature of Rocky alive.”

When the movie came out, it was a safe space for the community to be. That’s what we’re trying to cultivate is a place where people can come and don’t have to feel ashamed of cross dressing or doing whatever the hell they want.” -Jennifer Trube, former ‘No Picnic’ show manager

The traditional aspect of the show is what keeps older audiences coming back for more Rocky, and entices the new generation to join in on the fun.

Though it has been over 40 years since the film was first released, it remains a popular beacon of counter-culture, as well as an important place for anyone to come and have a good time with no fear of judgement.

“I think keeping the LGBTQ aspect strong is important,” said Jennifer Trube, former show manager.  “When the movie came out, it was a safe space for the community to be. That’s what we’re trying to cultivate: a place where people can come and don’t have to feel ashamed of cross dressing or doing whatever the hell they want.”

The movie keeps an open atmosphere in a way that everyone can relate to, through humor.

“I think this show is more important than ever,” said Mike Tepp, who is debuting with “No Picnic” this year as Brad. “It sh*ts on everybody and everything, nobody is spared from it. It’s just so open as far as sexuality. It’s so in your face but in a way that it’s like ‘come join us.’”