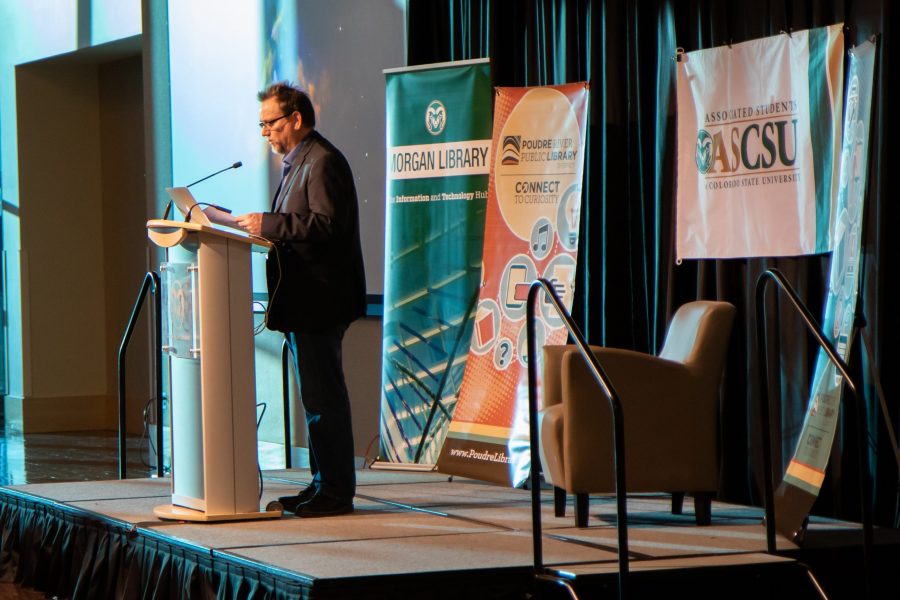 Each year the Fort Collins Book Festival brings together the literary community in celebration of the city’s unique qualities.

The festival’s first year celebrated Fort Collins’ notable beer culture, and last year’s “Writing and Riffs” theme exalted the local music scene. Originally it was thought this year would be themed around food, said Renee Becker, events coordinator for Old Firehouse Books and festival book sales manager. As discussions went on, the topics naturally drifted into science until it was seen by most that science and science fiction would be a more appealing choice.

The festival featured many authors and scientists to discuss various topics relating to literature, science, and science fiction such as climate change, exoplanets, and even a talk by Michael Benson on his book “Space Odyssey: Stanley Kubrick, Arthur C. Clarke and the Making of a Masterpiece.”

“I would love to have more time here,” Benson said. “I just flew in yesterday and I walked down College Avenue, and I was impressed by all of these really interesting cafes, boutiques and restaurants and the public life of the town.”

“To Live on Other Planets” was the first panel of the festival to feature Weir, but also welcomed Amanda Hendrix of the Planetary Science Institute in Boulder and co-author of “Beyond Earth: Our Path to a New Home in the Planets.”  After brief introductions, questions were opened to the audience which began discussions of planetary bodies suitable for habitation, how humans would survive in other environments, how space exploration is going to advance and other related topics.

Later in the Lory Student Center Ballroom, Weir recounted to a large audience several stories from his life. He recalled his father’s science fiction collection fostering his love for the genre, and how the story of “The Martian” went from a serialized story on his personal site to a New York Times bestseller and a major film. Questions were then opened to the audience, after which Weir signed copies of his books.

In addition to Q&A’s, there were panels, several workshops, book sales, and writers reads, in which local authors showcase the writing to an audience and sign their work. Each year the book festival brings together the Fort Collins literary scene in conjunction with many local businesses and organizations, both reaping many benefits from the event, according to Becker.

“People either heard about a talk or are still very interested (in science), so they come in (to Old Firehouse Books) and they’re very engaged after hearing so many different speakers talk about so many different subjects,” Becker said.